Why An Academia-Startup Supercomplex Will Be Favourable To All-Students, Society, Industry, And Government 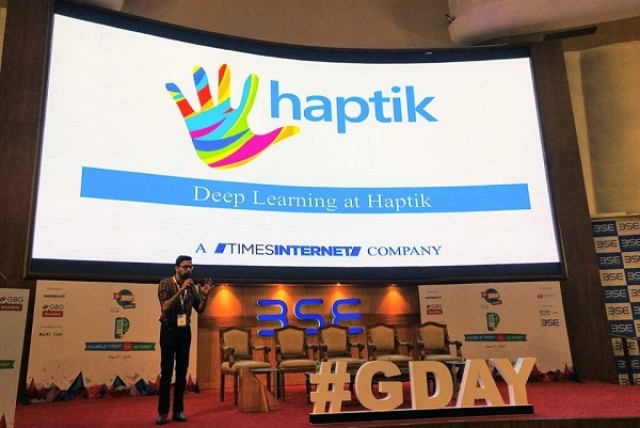 The alternative to technological superiority is technological slavery. Technology typically comes in waves, with rapid successive breakthroughs clustering together. This winner takes all character of innovation dramatically transforms society and geopolitics.

Unfortunately, India continues to ignore the obvious. Today, as the world is racing towards an era of pervasive artificial intelligence (AI), quantum computing and a second Space Age, India’s illusory vision of catching up via tech transfers from others will prove disastrous.

India’s recent attempts at leapfrogging in information and biotechnologies have been tortuous. We jumped and wiggled through circus hoops placed and managed by other nations. What was supposed to be a fine ballet of Indian technological revolution, post 1990s liberalisation, turned out to be considerably muted. What we got was an ‘affordable’ but banal performance now at its final phases of stagnation.

Is India destined to languish in the make-believe world of prosperity, numbed by the convenience of a sharing-delivering economy and Bollywood entertainment? The answer to this conundrum lies in how we chose to structure our collective pursuits and aspirations.

Since the Industrial Revolution, the recipe for steady growth has been well-known and replicable — create or master critical aspects of technology and reap the benefits using markets, modern finance and favourable government policy.

It is naive to expect the government to shepherd every aspect of this process, especially for a country like India, where governance is limited and past attempts to decisively manage disparate aspects of effective technology commercialisation have been less than stellar.

A centralised top-down policy is uniquely unsuited to a large and diverse country like India. Here, the most natural unit of productivity is a startup; small groups of individuals dedicated to solving specific technical problems, with the explicit goal of earning substantial profit.

Startups function almost like neurons, carrying out specific tasks but heavily dependent on interaction with knowledge centres and even other startups. Due to this collaborative architecture, startup hubs tend to exist in clusters as, most famously, Silicon Valley.

Startups that solve unique problems with solid engineering solutions tend to be most successful. In this way, they can also play a far more basic and impacting role than just accumulating wealth.

Startups can help solve many of the problems we face, while attracting the young demographic with the promise of purpose and prosperity — a natural lever of the demographic dividend.

But at the heart of any venture is its people. This brings us to the ultimate recursion — what starts up those who would start up?

The answer is energy, training and curiosity.

This is where universities come into play.

For startups to really succeed in sustainable ways, academia must step in. Universities are the natural training ground for individuals. At present, this is not the case. Elite technical colleges, although contributing to a large portion of successful ventures, can do much more.

It is easy to blame the students for a myopic and lackadaisical attitude, but the problem is deeper and systemic in nature.

For example, our university teaching structure is broken and fixing it will require more than simply teaching a good class in computer programming or design. It needs a fundamental restructuring of the curricula.

It requires a radical rethinking of how education is imparted and how it is absorbed.

We have already suggested radically reshaping branch allotment in undergraduate (UG) studies. Forcing students to choose professional specialisation about which they know almost nothing, at the very beginning of their education is a regressive idea.

The focus should be to build megacentres and hubs where several institutes and centres are in close geographical proximity, preferably enervating or circumscribing urban centres. This mutual feedback is what leads to academia-industry supercomplex.

But major roadblocks to the academia-startup supercharging loop arise from current structural problems, as well as inherent contradictions in the inter-operability of mission-centric startups versus organic entities like academia.

Academic institutes are known and celebrated for their pursuit of the unknown, making academic research and development (R&D) very different from industrial R&D.

Yet, this nature of academia has allowed it to anticipate and prepare futuristic and disruptive technologies.

Startups on the other hand live and operate in the present. Solving present-day problems usually necessitates mission-centric R&D.

A closely related index would be the Ph.D-to-startup spin-off ratio, which must be increased significantly. Institutes like MIT, Harvard et cetera have obviously mastered this art, while closer to home, institutes like IIT Madras and IIT Kanpur have done a commendable job creating this link.

India needs at least 10 hubs of this kind in order for the academia-startup supercomplex to flourish.

Academia and startups are conduits that transport two of humanities greatest gifts — the ability to imagine and the will to seek. A resonance of the two can work miracles for any nation and at the moment the academia-startup supercomplex is possibly the only ray of hope for Bharat as it lags other nations severely in terms of technological growth in almost all areas.

In the US, about 50 per cent of employment is generated by small businesses. A successful take-up of the academia-startup supercomplex can rid this nation of jugaadism, price hyper-consciousness (as opposed to quality consciousness), skill deficits and job crisis.

Whether the academia-startup supercomplex is able to grow exponentially or is eventually limited by an asymptote will be strongly dependent on free market access.

India is a strange cocktail of socialistic and capitalistic systems. A large proportion of businesses are government-controlled, making government one of the most important buyers.

Startups have to scale up, and government must focus on facilitating their growth. Current government bureaucratic red-tape and opaque purchasing models will arrest the flight of this bird of hope in mid-air and force it to crash land.

It is imperative that government begins to simplify norms and purchasing processes while strengthening the audit process to allow our startups to succeed.

(The article expresses the personal opinion of the authors. They would especially like to thank Prof Amitabha Bandyopadhyay (IIT Kanpur) and Rahul Raj for helpful discussions.)