Why Bharat Needs To Know More About Bharathi 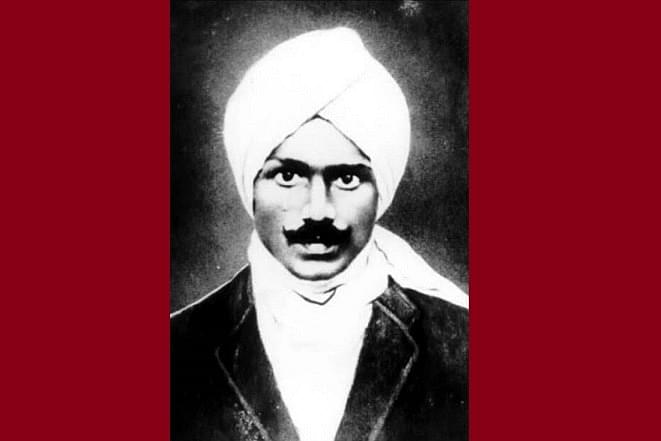 Every Independence Day, it is important to re-look at the life stories of our national icons like Subramanya Bharathi to provide inspiration to our own roles in the flow of history.

There have been endless number of books, plays, essays and PhD theses on Rashtrakavi Subramanya Bharathi’s life and works. For anyone who has grown up in Tamil Nadu, every poetry competition in school will feature at least a few of his songs. His piercing, uplifting and evocative poems have been adapted in popular culture in perhaps every form. But when he passed away in 1921, only 14 people came to his funeral.

Every Independence Day, it is important to recollect the life stories of our national icons to provide inspiration to our own roles in the flow of history, however small they may be. The sacrifice of karmayogis that gave away their lives for bigger causes, often with no recognition during their own lifetimes, serve as invaluable lessons for activists. I take the help of his biography, Mahakavi Bharathiar, written beautifully and poignantly by his aide and “bhakt” Varadaraja Ramaswamy (Va Ra). Va Ra spent almost a decade with Bharathi when he was in exile in Pondicherry (Puducherry), a French colony then, facing prosecution from the British. Va Ra gives an account of Bharathi’s life with scintillating vignettes. Sample this:

A band of nationalists from Madras (Chennai) travel to attend the Congress Session in Surat in 1907. Bharathi pitched himself in the camp of Lal-Bal-Pal in the “Surat Split”. The partition of Bengal two years ago had reinvigorated the freedom movement, with a section of “extremists” challenging the hold of the moderates under Gopal Krishna Gokhale. Bharathi gets an overwhelming urge to meet Bal Gangadhar Tilak. After enquiring, he learns that Tilak is near the venue of the meeting. Rain is pouring down. Bharathi finds Tilak making sure the marshy path to the venue is repaired. Bharathi is awestruck! Such a giant of a man, yet no task is too small for him! Bharathi prostrates before Tilak in the rain and just leaves.

His only meeting with Mahatma Gandhi is equally dramatic. It was 1919 and Gandhi had come to Madras to organise protests against the draconian Rowlatt Act. He was staying in C Rajagopalachari’s (Rajaji) house. Bharathi barges in one afternoon and sits right next to Gandhi. Congress stalwarts of the time, Rajaji and Sathyamoorthy, neither invite nor introduce him properly. Bharathi goes, “Mr Gandhi, I am speaking at a gathering at Triplicane beach this evening. I invite you to be the guest of honour.” Gandhiji cites prior commitments and asks if he can postpone it to the next day. Bharathi says, “Not possible! And I will leave now. My blessings are with your new plans.” A stunned Gandhi asks Rajaji who the man was. Rajaji says, “He is our poet of Tamil Nadu.”

Bharathi’s life takes him from Tirunelveli district where he is born, to Benaras as a 15-year-old after the death of his father. He learns Sanskrit and Hindi (Note to the Dravidian chauvinists of today). He is inspired by the bravery of Sikhs and starts sporting the turban and moustache. The Kali worship he witnesses at Benaras, his meeting with Sister Nivedita and Bankim Chandra Chatterjee’s Vande Mataram deeply shape his spiritual outlook. His songs are filled with invocations to Parasakthi, his Ishtadevata, to make things better for his motherland. He later learns English and even French as he believes that language should not be a hurdle to knowledge.

After a brief stint as a Tamil teacher in Madurai, he relocates to Madras to work as a journalist in nationalist newspaper Swadesa Mitran. Later, he goes on to edit the magazine India. Facing impending arrest, he moves to Pondicherry in 1908. The period in Pondicherry seems to be a tumultuous and exciting time. Tumultuous, because of lack of freedom of movement, being constantly watched, publishers being afraid to print his works and lasting penury. Exciting, because it was the same time Pondicherry was the home of “renegades” of the freedom movement.

Bharathi forges deep bonds with Aurobindo, who, like him, is seeking asylum in Pondicherry. Their conversations burst with spirituality, poetry and idealism. He also maintains a deep friendship with Swadeshi shipping magnate VOC Pillai, whose company challenged the British companies operating from the port of Tuticorin, and hence is destroyed.

Va Ra narrates an emotional meeting of Bharathi with firebrand revolutionary Surendranath Arya. Arya, an old friend, is put to rigorous imprisonment in Bellary for six years. He visits Bharathi after his release and tells his story of how he contracts leprosy in prison and only the Danish priests took care of him. He tells that he has converted to Christianity and plans to go to the US. Shaken to the core, Bharathi, while empathetic to his friend’s poignant story, pleads with him firmly to not abandon Hinduism for its few faulty practices. That Arya returns to India, re-embraces Hinduism, but ultimately ends up with E V Ramasamy is a different story!

While he is a model nationalist in the eyes of the people, Va Ra cautions us against circumscribing him in anyway. The appeal of the brimming spirituality in his songs is universal. He believed in the immensity of human potential and the divinity in men. His collection of poems on emancipation of women can be a guide for today’s feminists. He was a true intellectual kshatriya; not a just a gifted poet and patriotic journalist. Though he should belong to the world, paradoxically, he is perhaps the only icon Tamil Nadu needs now – open in outlook, fearless and progressive.

Bharathi died when he was just 38, a few months after being attacked by a temple elephant that he had befriended. Friends struggled to collect money for his funeral. People woke up to his greatness only decades after he passed away. Va Ra says that even Shakespeare in his days was condescendingly referred to as “dear stealer”. Vincent van Gogh sold no paintings in his time and died a failure. But more Indians know of the stories of the Englishman and Dutchman than one of our own. Even now, not many Delhiites know or refer to the name of the road named after Bharathi, in which in Khan Market is located!

A R Venkatachalapathy, author of Who Owns That Song? on Bharathi says, “Comparison with Rabindranath Tagore is inevitable… Even factoring in the Nobel prize, the comparative neglect of Bharathi is difficult to explain. It can be argued that the national elite turned a blind eye to the south, uncomfortable as they were with Tamil identity politics… And unlike the Bengali “bhadralok” intellectuals who have done a stellar job of celebrating Tagore and taking him to the larger world, the Tamil middle-class failed Bharathi”.

The hundredth death anniversary of Bharathi will be celebrated in 2021 and India’s seventy-fifth year of Independence, a year later. Let there be a celebration and rediscovery of Bharathi not just in Tamil Nadu but all over India, and perhaps the world. Rashtrakavi Subramanya Bharathi pushed himself and spent his prana to compose soul-stirrers to light the conscience of the country during a difficult time. By paying homage to his life-divine and works, we would only be serving the humanist cause.

Ending with his invocation and soliciting readers to look up for translation: