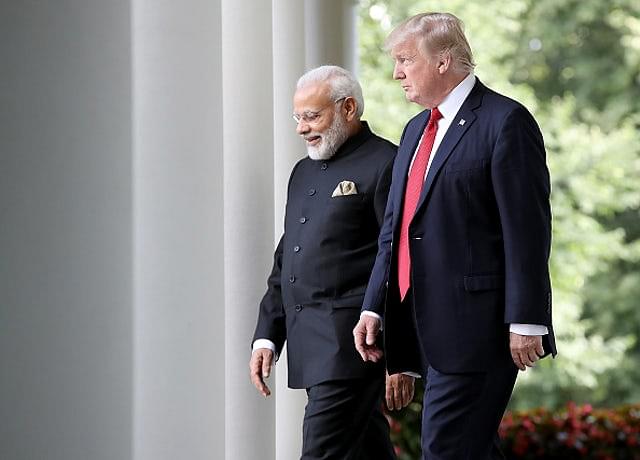 One of my batch-mates was pursuing her studies in foreign policy while I was studying economics. She once mentioned that nothing in international relations comes without any strings attached — or what I would have termed as “no free lunches”.

Years later, that phrase, I realise, perfectly describes how foreign policy has evolved over the last couple of years.

Economic considerations have come to the forefront of recent diplomatic relations, especially since the decision of the United Kingdom (UK) to vote for a Brexit and the election of Donald Trump as the President of the United States (US).

Critics have alleged that some nations have started to take a transactional view of foreign relations and that this suggests that they can trade off interests of their strategic allies for their economic interests.

Irrespective of whether this assertion is true or not, one must simply agree that economic interests are likely to shape future diplomatic relations.

On the diplomatic front, a lot has changed as India has become more assertive in the international space. This was on display, particularly during the Paris Accord or when India spearheaded the International Solar Alliance.

India’s foreign policy derives its strength from three pillars — our cultural and historic relations with other countries, our military strength and our economic strength. It is through a combination of these three that we have managed to make rapid progress in terms of deepening our ties with several countries over the last five years.

This makes it more important for India to strengthen its economy and leverage it to its advantage as it looks at playing an important role in global geopolitics.

The success of our economic prowess has been on display during international negotiations in the past and a recent example is the abrogation of Article 370, post which countries were quick to point out how it was India’s internal matter.

Such a reaction would not have been possible two decades ago.

Another recent instance was when Indian scientists successfully conducted the anti-satellite (A-SAT) tests. The reaction of major diplomatic powers was in stark contrast to their reaction post the Pokhran tests in the late 1990s.

The difference in these reactions reflects the underlying changes in the way India is viewed and these changes are a combination of successful diplomacy combined with our economic progress.

Economic growth should be the goal of the government, given that growth leads to maximising social welfare. This is important, as often, we have focussed on issues such as redistribution of income and on addressing income inequality, while it has come at the expense of economic growth.

The lack of growth only curtails the extent of additional resources that are available with the government to provision for public goods and services. Consequently, by focussing on redistribution, we have hindered the process of growth, which has only curtailed our capacity for redistribution.

So, all the champions of inequality, and the well-wishers of those who are below the poverty line have often advocated policies that have only delayed the process of their uplift.

There is evidence that suggests that the biggest impact on poverty reduction comes from growth itself and, therefore, policies that promote growth are likely to have a positive impact on those below the poverty line from two channels.

First is the direct increase in their consumption due to the growth, and the second or the more important channel is from the ability of the state to boost their consumption through poverty alleviation policies.

The fact that the latter policies have been subject to leakages and corruption is well known, and the recent introduction of direct benefit transfer (DBT) in 430 of such schemes is likely to have mitigated this problem.

Nobody can deny that gross inequality is bad or that there is no need to provide support to the poor to uplift them from abject poverty. There are moral, sociological and economic reasons to address all these problems.

But this should not come at the cost of policies that promote growth because it is only through sustained economic growth that we have managed to bring down our poverty levels to near single digits.

It is worth highlighting that India has one of the best records of poverty alleviation, and that this reduction coincided with a rapid decrease in poverty levels in the country.

At present, India has a booming middle class, which acts as a huge market that has caught the interest of leading multinational conglomerates for over two decades. Despite that, India has not succeeded in firmly integrating itself with their global supply chains because of the lack of some critical policy reforms for nearly a decade.

This changed post-2014 as we saw some major policy reforms, such as goods and services tax (GST) and Insolvency and Bankruptcy Code among others.

However, we continue to wait for major land and labour reforms. Some of these reforms have to happen at the state level and this makes it all the more difficult to attract global supply chains that are moving out of China due to the ongoing tariff war.

In addition, misguided focus on inequality combined with the irrationality of our political parties make most such reforms difficult, if not politically impossible.

For instance, labour reforms are likely to be met with a significant movement to unite labour unions against these reforms and, therefore, state governments are apprehensive of biting the bullet.

It is important to understand that such reforms will only have a positive impact on the wages and employment opportunities for workers, but the benefits of reforms are often difficult to communicate.

Further, any discussion of inequality makes little sense at a time when we have a purchasing power parity (PPP) income of around $7,000.

Inequality is bad and it needs to be addressed but the last thing we want is to have equality in poverty and, therefore, we should focus on moving towards a PPP income of $20,000.

Morality in terms of redistribution often conflicts with economic growth and, therefore, the focus should instead be on maximising welfare.

By focussing on economic growth, the government will manage to maximise social welfare, reduce poverty and strengthen our economy. Additionally, it will give a fresh push to our diplomatic efforts and help us in achieving our strategic objectives with respect to securing our long-term interests in the subcontinent.

Therefore, while India has a lot of potential in terms of its cultural and historical relations with many countries, now is the best time to promote economic growth and to leverage it in our international relations.