Why India And Israel Must Work To Shake Off Manipulative NGOs 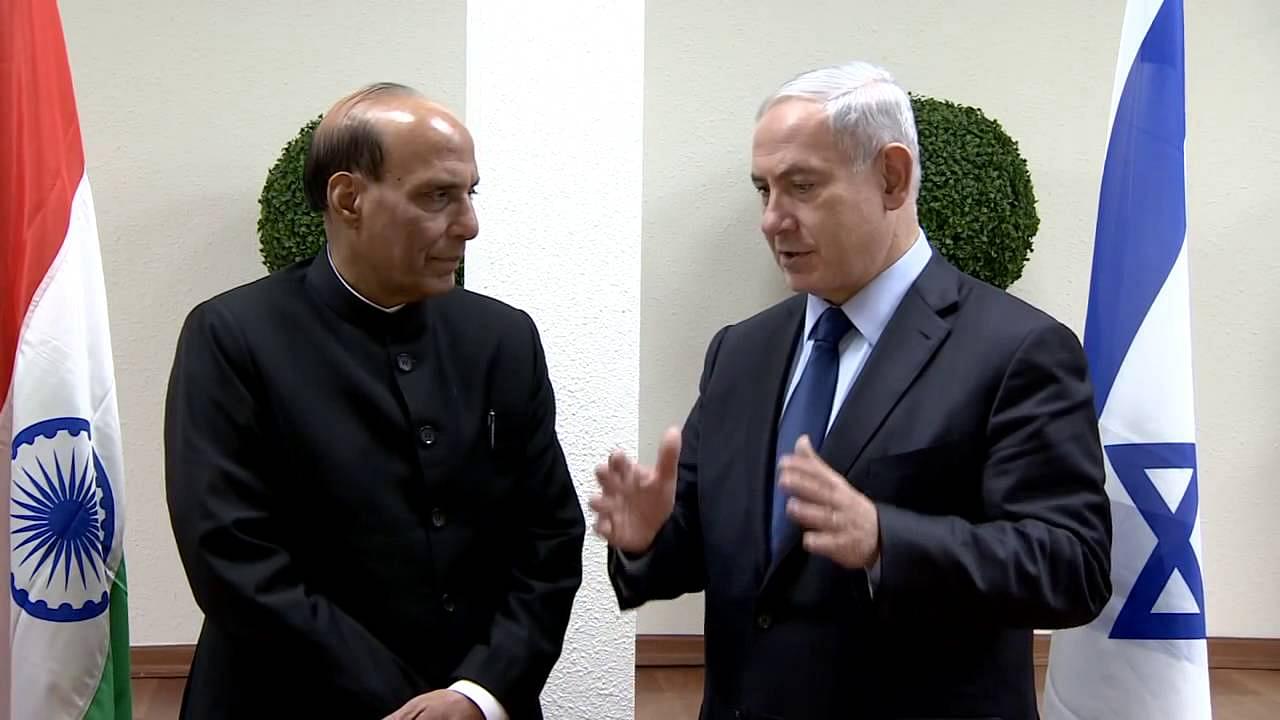 Israeli and Indian societies embody the histories and aspirations of ancient nations that were colonised, regained their independence amidst turmoil in the late 1940s, and continue to face threats of war and terror. Like India, national independence and self-determination are central to Israel’s ethos. After 2,000 years of stateless exile and vulnerability, the political Zionism that began in Europe at the end of the nineteenth century galvanised Jewish populations throughout the world. Jews came to their ancestral homeland in order to restore national independence, and as a result, attacks on this sovereignty result in strong counter-reactions. This background provides the basis for cooperation between Delhi and Jerusalem, which will be celebrated during Prime Minister Narendra Modi's forthcoming visit to Israel, marking 25 years of full diplomatic relations.

In addition to these parallels, Israel and India share the distinction of being targets of political manipulation by powerful non-governmental organisations (NGOs) and their funders, which operate outside the democratic process, with no checks and balances. These activities, although often presented in altruistic and moral terms – such as peace, human rights, economic development, and humanitarian aid – are widely perceived in both countries as a form of neo-colonialism. NGO power is also enhanced by an image of altruism and morality (known as the “halo effect”) that protects the organisations and their funders from critical analysis. International journalists, diplomats, and academics give NGOs automatic support, without examining details and hidden agendas, which undermine hard-won national sovereignty and independence.

Responding to these concerns, in 2010, India passed legislation known as the Foreign Contributions Regulation Act (FCRA), which prohibits the use of overseas funds for “activities detrimental to the national interest.” Criticism was directed at groups such as the Ford Foundation, which, according to the claim, were using the cover of economic development to manipulate Indian culture. Christian aid groups were also suspected of proselytising activities. For example, in March 2017, US-based Compassion International, which funds child development projects in India, was accused of missionary-like activities by the Indian government and has been blocked in its ability to fund projects and placed on the list of organisations requiring “prior permission to bring in funds from overseas” (Mohan, 2017). Similarly, in 2016, the FCRA refused the registration renewal of the Indian Social Action Forum (Insaf), which is funded in part by “Brotfuer die Welt” (a major Protestant aid group) and by a French government “solidarity” organisation.

Israel’s experience with foreign-funded NGOs began with obsessive attacks from groups such as Human Rights Watch (based in New York) and Amnesty International (based in London), as well as hundreds of other groups in the NGO “human rights” network. These NGOs lead campaigns of political warfare based on false allegations of “apartheid” and “war crimes,” often erasing the terror that is ever present in the Arab-Israeli conflict. When the Israel Defense Forces responds to deadly attacks, the NGO soft-power army labels Israeli soldiers as “war criminals,” promotes boycotts, and lobbies for prosecution by the International Criminal Court.

To add credibility, numerous Israel-based NGOs were created over the years, led by fringe political ideologues and activists who work closely with the global groups, repeating the allegations of war crimes and violations of international law. They publish and distribute “reports,” write articles in newspapers and social media, and produce videos portraying Israel as the aggressor, and of Palestinian terrorists as innocent victims. Although Israeli in name, these NGOs’ receive most of their funds from European government frameworks (including the European Union) amounting to tens of millions of euros annually, as well as private from donors, such as George Soros.

In Israel, as the power of the externally supported NGOs increased, the criticism and demand for funding transparency also grew. Leaked protocols of secret EU meetings to decide on NGO funding to Israeli groups highlighted the goal of political manipulation. These EU documents refer to funding NGOs for the specific objective of convincing Israelis to change their political views to match the preferences and interests of European officials.

This behaviour has led to growing criticism and efforts to offset the damaging influence of the Israeli political organisations that are supported outside the democratic process. The NGO recipients of these European funds are described as “foreign agents,” promoting the interests of outsiders, and polarising the society. The artificial power given to the organisations on the far left of the ideological spectrum leads organisations on the right to increase their demands, and dilutes the influence of the majority of Israelis who support more complex and less ideological positions.

As a result, Members of the Knesset (the Israeli parliament) and ministers have advocated for measures to increase transparency regarding external interference (adopted in 2011), and to limit, tax, or prohibit foreign government funding. Legislation adopted in July 2016 requires NGOs receiving more than 50 per cent of their budgets from foreign governments to disclose these details in their publications, letters to government officials, and in Knesset statements (NGO Transparency Law, 2016). Highlighting the anger over European money for radical Israeli NGOs, some MKs proposed that the Israeli government retaliate by supporting opposition NGOs in Europe. For example, an MK declared cynically that Spain “would undoubtedly appreciate funding for groups promoting Basque or Catalan independence; in the same spirit, the government of the UK would appreciate Israeli support for organisations monitoring the British army's day to day contact with civilians in areas it controls in Iraq and Afghanistan” (Eldad, 2012).

The efforts by foreign governments to block this legislation add to the backlash. In August 2015, the EU gave €250,000 to a small group of dissidents known as Breaking the Silence, which campaigns against IDF soldiers. In addition, the European Endowment for Democracy, which is funded by the EU and Member States, provided a parallel group, B’Tselem, with €30,000 for “combating anti-democratic laws aiming to silence opposition.”

European diplomats and political figures also criticise the Knesset for debating laws designed to deal with this problem, and go out of their way to meet with the heads of these Israeli NGOs, putting them on the same level (or above) Israel’s elected officials. In April, when the German Foreign Minister flagrantly embraced these groups, Prime Minister Benjamin Netanyahu cancelled the official meetings, declaring “My policy is clear: not to meet with diplomats who visit Israel and meet with organisations that defame IDF soldiers and try to prosecute our soldiers as war criminals…”

Furthermore, based on the NGO campaigns, Israel, like India, is then singled out for attacks by UN bodies, increasing the erosion of sovereign equality. In 2015, the UN Special Rapporteur on the Rights to Freedom of Peaceful Assembly and of Association, appointed by the Office of the High Commissioner for Human Rights, amplified the standard NGO allegations. According to the Rapporteur, India’s FCRA regulations “are not in conformity with international law, principles and standards.” In the Israeli case, UN criticism focuses on the allegedly “anti-democratic” legislation which is said to result in a “narrowing the space for civil society organisations.” The corrosive and manipulation by the externally linked NGOs is ignored.

For these reasons, the role of foreign funding for powerful NGOs in both India and Israel, the use of this process in attempts to manipulate the societies and cultures, and the impact on national sovereignty provide important areas for cooperation. Given these shared concerns, discussions on how to reduce the disproportionate power of externally-directed NGOs is expected to be on the agenda when Prime Ministers Modi and Netanyahu meet.