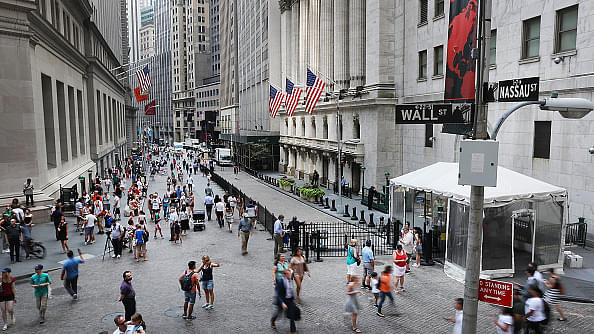 Rana Foroohar. Makers and Takers: The rise of American Finance and the fall of American business. Crown Business. 2016.

Ever since India moved in the early 1990s from the KG grade in the world capitalism class to middle school, and then to high school and junior college, our movers and shakers, including the Fourth Estate and the oligarchy, have had this obsessive interest in the system’s Mecca, the US, and its epicentre, Wall Street.

Our financial system has progressed to semi-international standards. So has our regulatory system, at least on paper. The scams that periodically erupt are also imaginatively structured and planned; some analysts would rate them at par to those in the US and Europe. Interestingly, the Indian political discourse on “reforms” and “deregulation” from the mid-1990s also showed an almost messianic faith in the soundness, efficiency and stability of the American financial model that took so many years to evolve.

The desi acolytes of the free-market model of development turned a blind eye when confronted with convincing evidence about the frailties of their dream world. The American framework has been under scrutiny for decades, ever since the 1929 Wall Street crash and the Great Depression. Until Roosevelt’s New Deal policies started yielding dividends, around 1935-36, it almost seemed that old Karl Marx’s predictions about capitalism’s demise had come true. However, it was a close call. Wall Street’s collapse brought about the disintegration of the European economies, German hyper-inflation, the ascent of Hitler and the crumbling of the existing world order. The Second World War transformed the entire global scenario and ushered in the end of colonialism. India was the first beneficiary but the winds of change soon spread worldwide.

Returning to Rana Foroohar’s seminal book, we have to fast forward to 1987, when Wall Street again almost imploded, then to 2001 when the dot-com boom burst, and finally to 2008, when rampant and wayward “money manager” capitalism almost destroyed the international financial and banking structure. Here, we have to spend some time to analyse and dissect the basic theme of Foroohar’s work — the notion of money-manager capitalism, although she generally prefers to avoid using this term and uses “financial capitalism”, which is the accepted lexicon in Anglo-Saxon journalism.

There is one major intellectual influence on Foroohar that underpins her ideas and thoughts which she expresses with such elegance, precision and empathy in this book. This is the pathbreaking research of a little-known American scholar, Hyman Minsky, who studied all these issues and wrote about them years ago, with a perspicacity and prescience that are mind-boggling. Taking off where Marx had left (with passing contributions of people like Keynes et al), Minsky studied the gradual evolution of capitalism from its initial stage to its present incarnation. He offered an amazingly accurate assessment of what was happening in the current scenario.

The broad outlines of the Minsky theory are as follows. Capitalism has passed through five distinct stages : (1) Commercial capitalism (2) Industrial capitalism (3) Paternalistic capitalism and the “New Deal” reforms (4) Financial capitalism, and (5) Money manager capitalism. There are variants of each of these; indeed Minsky wryly remarks that the beast has as many varieties as Heinz sauce.

Briefly, we can summarise these stages. Commercial capitalism goes back to the East India Company, the Dutch East Indies Company and others (some without the colonial links) that occupied centre-stage for three centuries, until the 1860s or so. Then we saw the advent of industrial capitalism (till the Wall Street crash of 1929), when the big industrialists like the Rockefellers and the DuPonts in America, the de Wendels and the Krupps in France and Germany respectively, expanded with the help of loans from commercial banks. According to Minsky, there were elements of “money-manager” capitalism even in this model.

As the US economy continued to grow after the end of the First World War in 1918, America’s banks increased their lending, leverage, risk-taking, and diversification. They lowered their capital ratios by issuing mortgages and other long-term loans, and diversified their holdings by lending to stock market speculators at 90 percent margins. These, indeed, are ingredients of money-manager capitalism that we will discuss later in this essay.

Between 1929 and 1933, Wall Street and the American banking-financial structure were in free fall. Then in 1933, the great reforms started. With Roosevelt’s New Deal, there came the restructuring of Wall Street and the American banking system. At the core of the changes was a comprehensive set of regulations for ensuring the safety of the financial system and completely changing the nature of banking. The Banking Act of 1933 (the “Glass-Steagall Act”) was a landmark in two ways. It led to the setting up of the Federal Deposit Insurance Corporation (FDIC), and also prevented commercial banks from doing investment banking business.

This paternalistic capitalism model lasted well into the 1970s and the early 1980s, when the Reagan administration started to slowly dismantle FDR’s legacy. By the mid-1980s, we were seeing the birth of a full-fledged money-manager capitalism. Deregulation and “de-supervision”, actually began in America in the late 1960s and built up steam through the 1980s and 1990s. Gradually, financial institutions were allowed to take riskier positions and resort to financial “engineering” in many ways. For example, to cite just two examples, leverage (debt-equity ratio) was increased, and assets were moved off balance sheets, whenever possible. The Glass-Steagall Act became history.

The key developments went like this. First, there was the rise of “managed money”. Pension (public and private), sovereign wealth and insurance funds, university endowments and other savings placed with professional money managers, sought maximum returns. There was a shift to “total return” (yield plus price appreciation) as the objective. Money managers took on riskier assets to gamble for higher returns and innovated new products for attracting clients. Often, these are deliberately complex and opaque, so as to dupe clients. And, most importantly, in this murky process, there is a strong incentive to overstate actual earnings, by failing to recognise losses, overvaluing assets, and through plain accounting frauds.

Now that we have the analytical backdrop to what happened (and still continues to happen, in many ways), we must return to Foroohar’s compelling recital of how the world of finance works. In a riveting book that can withstand rigorous academic scrutiny and reach out at the same time to the lay reader, she mercilessly exposes Wall Street and its junior variants worldwide. Her primary take: finance has “become a headwind” to economic growth, and is no longer a catalyst. In sheer economic terms, it commands a disproportionate amount of economic clout. Although, constituting only 7 per cent of the American economy, it accounts 25 per cent of corporate profits, but generates only 4 per cent of employment.

After the 2008 crisis and the huge bail-out package the American government gave to Wall Street, the real economy has hardly recovered. Wage levels and growth are stagnant, and employment rates are stuck at the 1970s level. Foroohar’s recurrent theme is that the system is basically sick, with low growth, higher inequality, greater market fragility and lack of middle-class basics like homes, pensions, education and healthcare, all of which were taken for granted for many years. The “Occupy Wall Street” movement, a unique phenomenon by American political standards, expressed the deep public resentment against the shameful crimes of the financial system.

The analysis and assessment are relentless — the American model is broken and no amount of ersatz palliatives will work. These include prosthetics like consumer credit, low interest rates, tax-deferred financing etc. What is required is real, sustainable growth on Main Street and not unconscionable profits for Wall Street. Foroohar refers to James Tobin’s critique of the “casino aspects” of American financial markets and traces the roots of the present mess to Reaganomics and its flawed assumptions.

The system’s power is vividly portrayed throughout the book. How the big banks (Too Big to Fail) sidestepped all corrective steps like the Dodd-Frank Act will be old hat for Indians who know the shenanigans of their corporates. Foroohar also identifies the bureaucracy as a principal culprit in this sorry saga. Intricate rules, barely comprehensible to lay persons, are used as smokescreens by the insider plutocrats.

The other leitmotif of the book is the steady decline of business and industry along with the rise of finance. The data and facts on this issue will be welcomed by all researchers. Foroohar concludes her tour de force by suggesting a slew of remedies that will lead to a lively debate.

It is appropriate to end with a delightful vignette that will be passé for our desi elites : the book describes a cosy exchange of favours between two Wall Street titans, involving the admission of a son to a prestigious school. Reassuring to know that egregiousness is the same everywhere.

The writer has worked in merchant banking/ investment banking, venture capital and the corporate sector, with brief forays into academia.