The Kashmir Files: A Stellar Film That Takes Away Nothing From The Truth 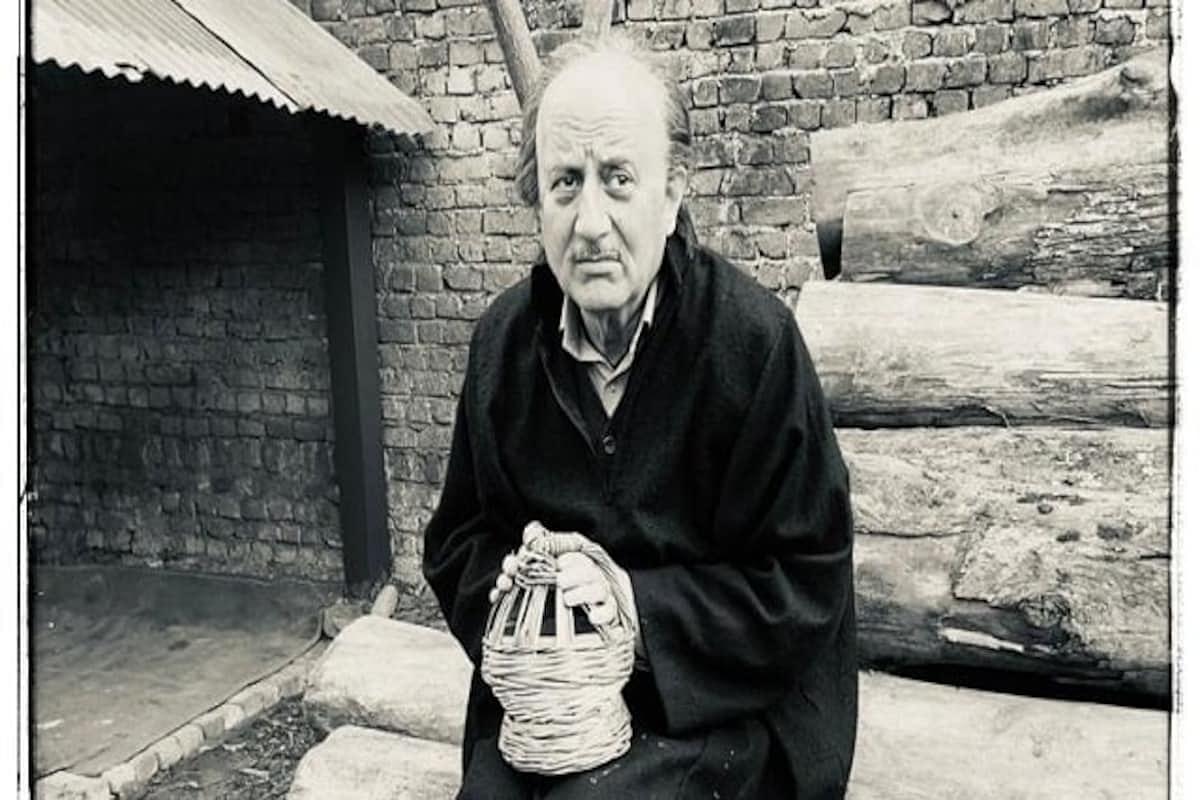 The Kashmir Files by Vivek Agnihotri

The audience continues sitting in stunned silence for several minutes after the movie has ended. As I slowly start walking out of the theatre, I see many in the audience crying. It’s a premiere show, the actors of the film are waiting outside to interact with the audience. I see him standing outside. Shiva Pandit, the six-year-old boy shot in cold blood during the Waldhama massacre in which 23 Pandits were killed. It’s a relief to see this sweet little boy is alive and well, and I can’t help but reach out to him, hug him and ask his name. Prithviraj, he replies in his innocent but confident little voice.

Standing with him is Bhasha Sumbli, but I don’t know her real name yet. For me, she is just Sharda Pandit, the stoic Kashmiri woman enduring the brutal murders of her family members, forced to eat rice soaked with her own husband’s blood before being raped, tortured and chopped into two on a sawmill while still alive. Her character combines Girija Tickoo with the unfortunate better half of B K Ganjoo, who was shot while hiding in a drum of rice as shown in the opening sequence of the film.

And then there are Vivek Agnihotri and Pallavi Joshi. The crowd mills around the team, congratulating the actors for their incredible performance and the director for his bravery in showing the brutal, naked truth of what really happened to the Kashmiri Pandits in that cold, bleak January of 1990.

Anupam Kher is waiting in the lobby. He’s calm and composed, looking as professional as ever. I wonder how it’s even possible for him to be a normal person again after what he as Pushkar Nath Pandit has been through. We shared his intense pain, anguish and trauma for just three hours but it has changed us forever. Four nights later, I’m still crying myself to sleep.

I’m not alone. Audience reactions across the world have been similar to my own.

While characters have been altered, every single line and scene in the film is from a real event. For example, in the movie, Radhika Menon is a professor who aggressively proclaims to a gathering of students that Kashmir was never an integral part of India. In real life, it’s JNU Professor Nivedita Menon who said this. The setting of the scene is exactly identical to the real event.

The television broadcast scene has a Vinod Dua lookalike explaining that the Kashmiri Hindus were privileged elite who had monopolised jobs, postings and benefits and that led to discontent among poor Muslims — a classic bourgeoisie vs proletariat presentation of the situation. But these words were actually spoken by journalist Barkha Dutt during her coverage of the KP exodus from the valley.

In another scene, when the protagonist of the film Krishna Pandit (played ably by Darshan Kumar) is taken to meet the terrorist Bitta in a boat house, a photograph on the wall flashes on the screen. It’s Professor Radhika Menon holding hands with Bitta. But in real life, it was actually leftist author — activist Suzanna Arundhati Roy holding hands with terrorist Yasin Mallik.

The terrorist in the film is a character (brilliantly played by Chinmay Mandlekar) created by fusing Bitta Karate with Yasin Mallik, both of whom openly admitted to murdering Kashmiri Hindus and armed forces personnel in cold blood on camera. In another scene, Bitta is seen hobnobbing with elites in Delhi and one of the characters remarks that at this rate it wouldn’t be surprising to find Bitta shaking hands with the Prime Minister. Well, the meeting did happen. The movie didn’t show it but Yasin Mallik did in fact call on then prime minister Manmohan Singh at his residence in a much publicised meeting.

Yasin Mallik was formally charged for the murders of Air Force personnel only in 2020. However, no one has ever been charged or convicted with the murders of Kashmiri Pandits and their forcible eviction from the valley.

All attempts by “secularists” to cover up what really happened in Kashmir on 19 January 1990 fall flat in front of the lived reality of Pandits — the pain, the indignity of having to live like refugees in their own land, the denial by so called intellectuals of the very traumatic personal experiences. All of it is now in the open, and the reactions from those who lived through it all are circulating on virtually every mobile phone in the country. I was there at the cinema hall when this happened:

It’s much more than that. To paraphrase our Kashmiri Pandit first prime minister Jawaharlal Nehru, “A moment comes, which comes but rarely in history, when we step out from the old to the new, when an age ends, and when the soul of a nation, long suppressed, finds utterance.” The Kashmir Files is that moment for our time to redeem that pledge.

From the early Islamic invasions, forced conversions and destruction of temples till the modern day purges of Kashmiri Pandits, we have constantly been fed lies and misinformation on the real reasons for these acts. The peddlers of these half truths and blatant falsehoods now stand exposed with a single dark, well made movie based on absolute facts and lived reality of thousands of eyewitnesses of events during our own lifetime. It is staring at them on the big screen, endorsed overwhelmingly by those who faced the tragedy themselves.

When Pushkar Nath Pandit dies, heartbroken, pining to return to his home in Kashmir, it echoes directly in the hearts of thousands of Kashmiri Hindus who relive the trauma of their past that was suppressed for many years.

Yes, I cried bitterly on watching this film and the tears continue to flow even today. For them. And for my parents and grandparents, for my Sindhi community that went through the same trauma during Partition when they were forced to vacate their homes overnight and move to other cities as refugees under threat of extreme violence. They too bore it stoically and rebuilt their lives. It is also the lived reality of millions of Bengali Hindus who faced state sponsored Islamist violence in 1971 in what is now Bangladesh.

Truth and reconciliation is impossible as long as members of a certain community continue living in denial and “intellectuals” manufacture justifications for them to continue living in denial. A visual, graphic depiction of the gruesome truth of the Kashmiri Pandit exodus as has been done by Vivek Agnihotri in The Kashmir Files is a significant step towards acknowledging this reality and ending the denialism. For making a top class film that takes away nothing from the truth, and for stellar performances from the cast, the director and the entire team of The Kashmir Files deserve a humble salute and a standing ovation.

This review was first published on the author's website, and has been republished here with permission.