10th Century Murti From Lokhari Temple in Bundelkhand That Was 'Discovered' in England, Handed Back To India on Makar Sankranti 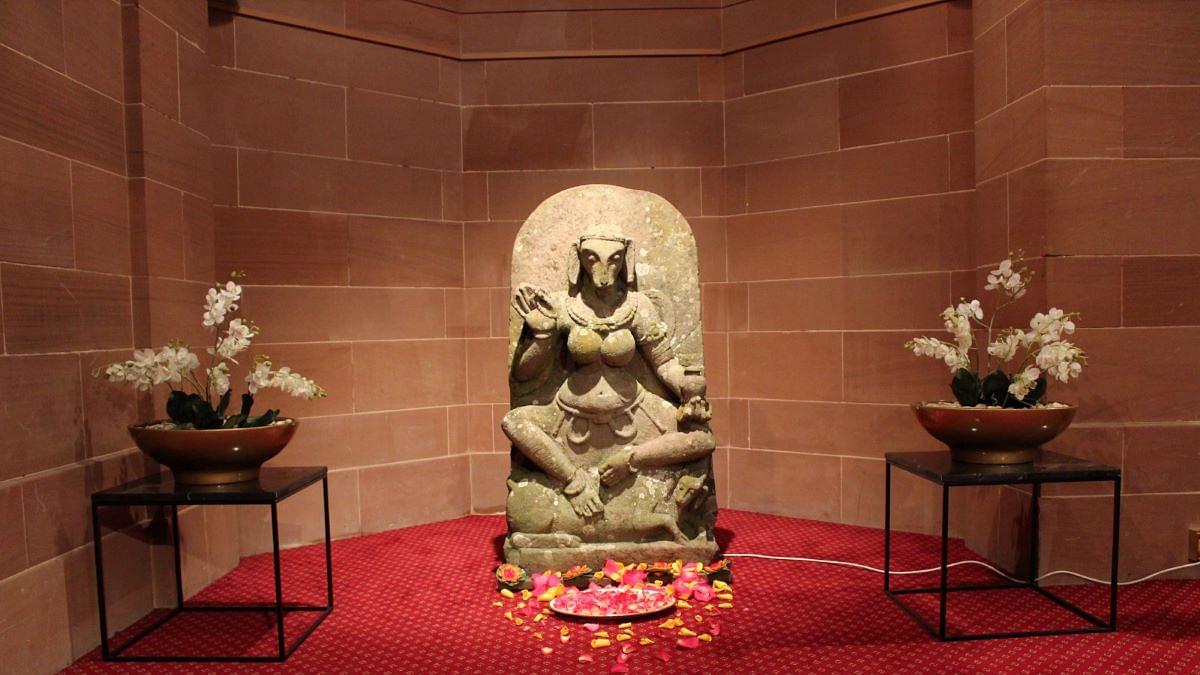 An ancient Indian murti dating back to the 10th century, which was illegally removed from a village temple in Uttar Pradesh over 40 years ago and discovered in a garden in England, was restored to India on the occasion of Makar Sankranti on Friday (Jan14).

The Indian High Commissioner to the UK, Gaitri Issar Kumar, took formal charge of the sculpture at the High Commission of India here from Chris Marinello of Art Recovery International, the organisation which helped repatriate the murti.

Goat-headed Yogini idol, illegally removed from UP being returned to India from UK. Indian envoy to UK Gaitri Issar Kumar present during the handover. pic.twitter.com/yRTHa14l89

The sculpture, which is part of a Yogini set from Lokhari Temple in Banda district of Bundelkhand, will now be dispatched to the Archaeological Survey of India in New Delhi.

“It is very auspicious to be receiving this Yogini on Makar Sankranti,” Kumar said, at a handover ceremony here at India House.

“The process of repatriation was completed in record time after the High Commission was made aware of its existence in October 2021. This will now be sent to the ASI and we assume they will hand it over to the National Museum,” she said.

Kumar recalled the “happy coincidence” during her diplomatic tenure in Paris that another ancient sculpture of a buffalo-headed Vrishanana Yogini, apparently stolen from the same temple at Lokhari, had been recovered and repatriated to India.

In September 2013, it was installed at the National Museum in New Delhi, the likely destination of the goat-headed Yogini.

Yoginis are a group of powerful female divinities associated with the Tantric mode of worship.

They are worshipped as a group, often 64, and are believed to possess infinite powers.

The goat-headed Yogini went missing from Lokhari in the 1980s and had briefly surfaced in the art market in London in 1988.

Jaspreet Singh Sukhija, First Secretary – Trade and Economic at the Indian High Commission in London, has been working on the restitution of the sculpture, securing relevant paperwork and also ensuring anonymity for the elderly female owner of the private garden from where it was discovered.

“She was selling the home and the contents, which included some very valuable antiques. As part of the due diligence process, we were contacted to research and investigate this artwork found in her garden. She had purchased the house over 15 years ago and this was present in her garden,” said Marinello.

Marinello contacted Vijay Kumar, Co-Founder of the India Pride Project – an organisation that works on restoring India’s lost artefacts – and he identified the sculpture.

“I negotiated an unconditional release with the possessor, who was very cooperative. It was in my home office in London for a short period of time, and Vijay promised that she would watch over me during this process,” Marinello recalled.

The lawyer, who has restored many such rare stolen or missing artefacts back to their original homes, is currently working on the restitution of a Buddha idol found in Italy.

He is following up with the Indian Consulate in Milan to organise the repatriation.