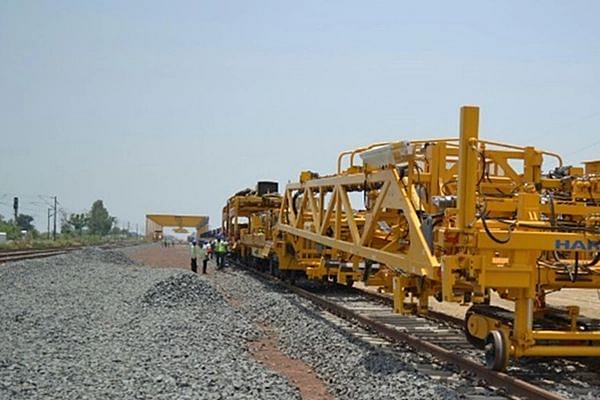 A railway line under construction

Across Indian Railways, 484 Railway projects of 51,165 km length, costing approximately Rs 7.53 lakh crore, are in different stages of planning, sanction and execution as of 1 April 2021.

For the financial year 2021-22, the highest-ever budget outlay of Rs 52,498 crore has been provided for these works, which is 355 per cent more than the average annual budget outlay of the 2009-14 period.

The budget outlay has been provided to the projects rationally by prioritising projects in the advance stage.

Thus, focused attention is given in fund allotment, rather than thinly spreading the resources without commensurate results.

This information was given by the Minister of Railways, Ashwini Vaishnaw, in a written reply to a question in Rajya Sabha on Friday (6 August).

“The completion of any Railway projects depends on various factors like quick land acquisition by state government, forest clearance by officials of forest department, deposition of cost share by state government in cost sharing projects, priority of projects, shifting of infringing utilities, and statutory clearances from various authorities,” the ministry said.

“Also, geological and topographical conditions of area, law and order situation in the area of project site, number of working months in a year for particular project site due to climatic conditions etc. and all these factors affect the completion time of the projects,” it added.