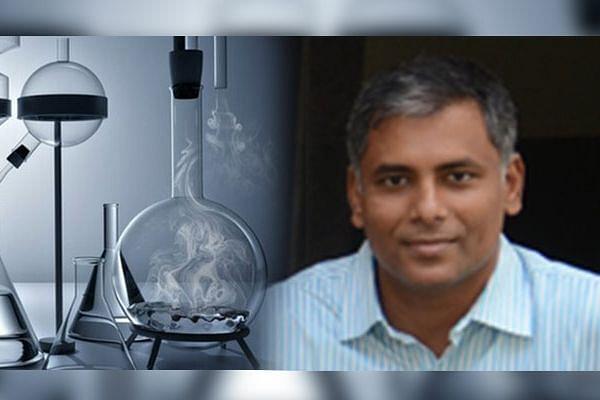 Cancer is considered as one of the most dreadful diseases in the current scenario. Even after the introduction of several new treatment methods, the emergence of drug-resistance and relapse of cancer cases has increased at an alarming rate.

A team led by Dr. Pinaki Talukdar, an associate professor of Chemistry, at the Indian Institute of Science Education and Research (IISER), Pune, has developed an approach that is particularly relevant to the current paradigm shift in the usage of small-molecule ion transport systems for targeting cancer. As this system does not have any cellular target like proteins, nucleic acids, receptors, etc. for their function, and work independently at the cellular membranes, it has the potential to be used as new chemotherapeutics overcoming the drug-resistance related issues.

Dr.Talukdar and his team had earlier demonstrated that certain types of synthetic molecules can get localized in the lipid membranes of cells and form channel or carrier types of structures and facilitate the transport of certain specific ions, e.g. chloride. They had demonstrated that when such disturbance of chloride balance is induced in cells, the cells cannot survive under the change in the intracellular environment because such change induces a cell suicidal mechanism commonly known as apoptosis.

Speaking to Swarajya, Dr Talukdar said "Cancer cells also have their external and internal defense mechanisms to generate resistance against many drugs. These cells use glutathione (GSH) as an internal defender to fight against many anticancer drugs. The thiol group of GSH can also react with different reactive oxygen species (ROS) to destroy these harmful chemicals and help the cancer cells to survive as well populate (or proliferate) form tumors."

Dr Talukdar added "The small-molecular system that our team has developed reacts with GSH of cells and then forms ion channels in the cell membranes. This channel further destroys the cellular ionic balance by transporting chloride, potassium and sodium ions. Their study has illustrated that such ion transport promotes the generation of excess ROS inside the cancer cells. These ROS then reacts with the GSH of cells to further decrease the GSH level. As a result, the GSH defense of cancer cells is compromised. Together these processes lead the cancer cells to death.

Dr. Talukdar and his fellow researchers recently released their reasearch paper titled “ A Glutathione Activatable Ion Channel Induces Apoptosis in Cancer Cells by Depleting Intracellular Glutathione Levels” in which they provide details of their approach.

Dr. Talukdar was among 19 young Indian researchers to have received the prestigious Bronze Medal for 2018, from the Chemical Research Society of India (CRSI), professional body that promotes and facilitates research and education in all branches of chemistry