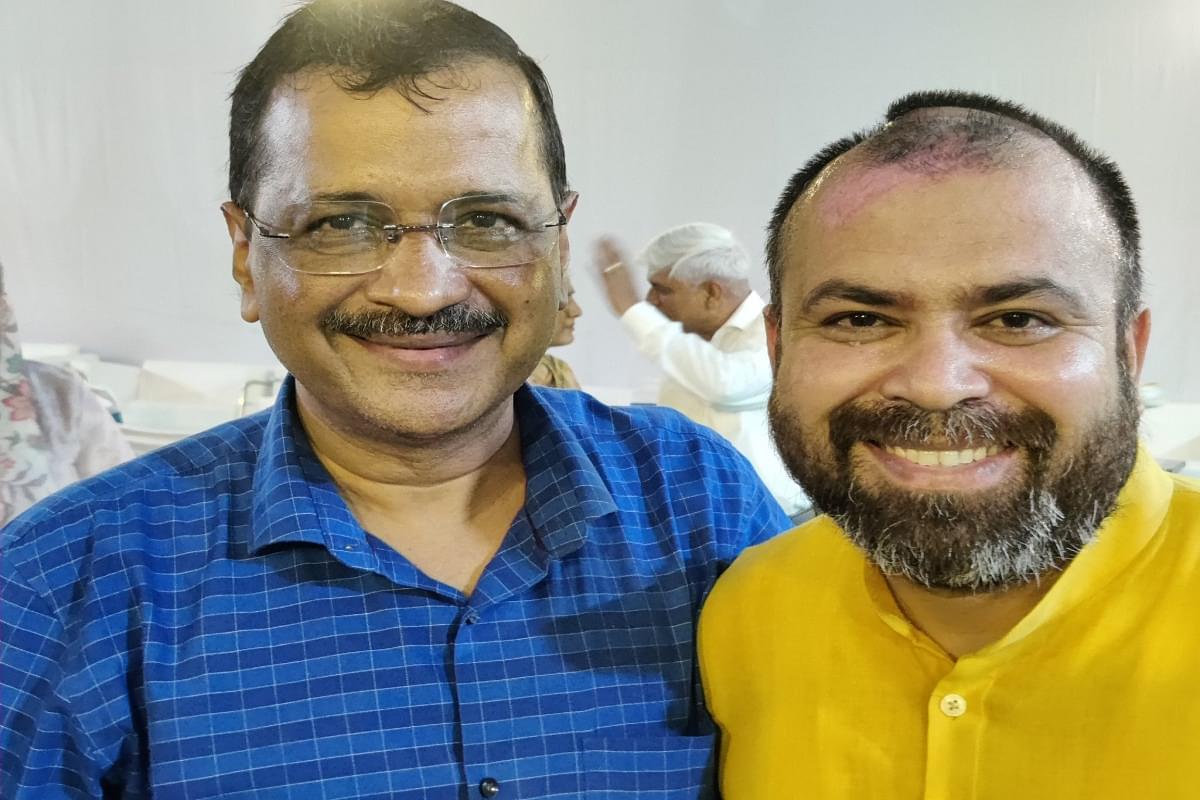 In a big blow to the Aam Aadmi Party (AAP), the Anti-Corruption branch of the Delhi government has arrested AAP MLA Akhilesh Pati Tripathi's brother-in-law and his two associates for allegedly demanding Rs 90 lakh as bribe in exchange of ticket in the upcoming Municipal Corporation of Delhi (MCD) polls.

The incident came to light on Monday (14 November) after Gopal Khari, an active worker of AAP since 2014, approached the Anti-Corruption Bureau (ACB) with the complaint.

Khari had met Model Town legislator Akhilesh Pati Tripathi last Wednesday (9 November) with a request to secure a councillor ticket from the AAP, for his wife for Ward No. 69 in Kamla Nagar, the ACB said.

Tripathi had demanded a bribe of Rs 90 lakh for it, following which Khari had paid Rs 35 lakh to him. He also gave Rs 20 lakh to AAP MLA Rajesh Gupta on Tripathi's insistence, according to a complaint.

Khari had told Tripathi that the remaining amount would be paid by him after getting the ticket.

But on Sunday (13 November), the complainant did not find his wife's name in the list of contesting councillors released by the AAP, as the ticket from his ward was given to some other person.

Later, Tripathi's brother-in-law, Om Singh, contacted Khari and assured him that the ticket would be given to him in the next election. Singh also offered to return the bribe amount that was given, it stated.

On the intervening night of Monday (14 November) and Tuesday (15 November), the ACB laid a trap at the Khari's residence, where Singh and his associates — Shiv Shankar Pandey and Prince Raghuvanshi — were caught when they came to return the Rs 33 lakh received by them on behalf of Tripathi.

The three were arrested under the Prevention of Corruption Act and the Indian Penal Code. Pandey is the personal assistant of Tripathi, it said.

The complainant has submitted audio and video recordings of his alleged dealings during payment and return of the bribe amount. An investigation is on to unearth the whole case and to collect evidence, it added.

Earlier, a former councillor of AAP, Haseeb-ul-Hasan, climbed on top of a power transmission tower in east Delhi’s Shastri Park, on being denied party ticket. He alleged that the party has sold the ticket in exchange of money.