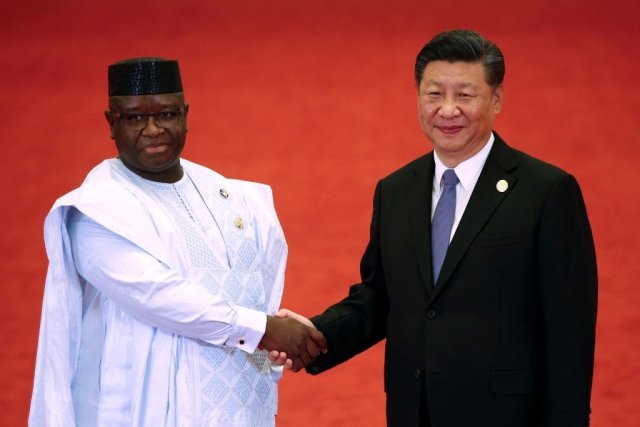 China is facing a confrontation from African officials over the racist mistreatment of Africans in Guangzhou — the Chinese city. As per the United States, African-Americans, too, have been the target of racist mistreatment amidst the fears of Covid-19.

In the commercial hub of Guangzhou, some Africans have been reported to have been discriminated against and evicted in fear of the coronavirus spread.

CNN reported that China is facing a diplomatic crisis. It says: African students and expatriates in the southern Chinese city of Guangzhou were last week subject to forced coronavirus testing and arbitrary 14-day self-quarantine, regardless of recent travel history, amid heightened fears of imported infections.

As per this report, a United States Embassy security alert said that ‘police ordered bars and restaurants to not serve clients who appear to be of African origin.’ In addition to that, local officials have launched mandatory testing and self quarantine for ‘anyone with African contacts,’

The statement from the US is titled: ‘Discrimination against African-Americans in Guangzhou’.

African diplomats in Beijing stated their concerns and condemnation of the ‘disturbing and humiliating experiences’ their citizens have been subjected to, in their meeting with the Chinese foreign ministry officials. The Embassy of Sierra Leone in Beijing said in a statement that 14 citizens had been put into compulsory 14-day quarantine.

China is witnessing an increase in cases related to the Coronavirus causing Covid-19. The increase is being attributed to people who are arriving in China from overseas.

This article says: Across African capitals, Chinese ambassadors are being hauled over by foreign ministries to explain horrid scenes that have gone viral on social media platforms of African migrants being evicted from apartments and refused entry into hotels.

Videos have emerged of such incidents happening in China. The videos have enraged governments and citizens back home and these incidents have sparked a diplomatic race row with the African Union.

Pressure is on China over the reported mistreatment of migrants from the African nations and of African-American migrants. As per the QZ article, Ghana, Nigeria, Kenya and Uganda are among those that have asked for explanations from the Chinese government.