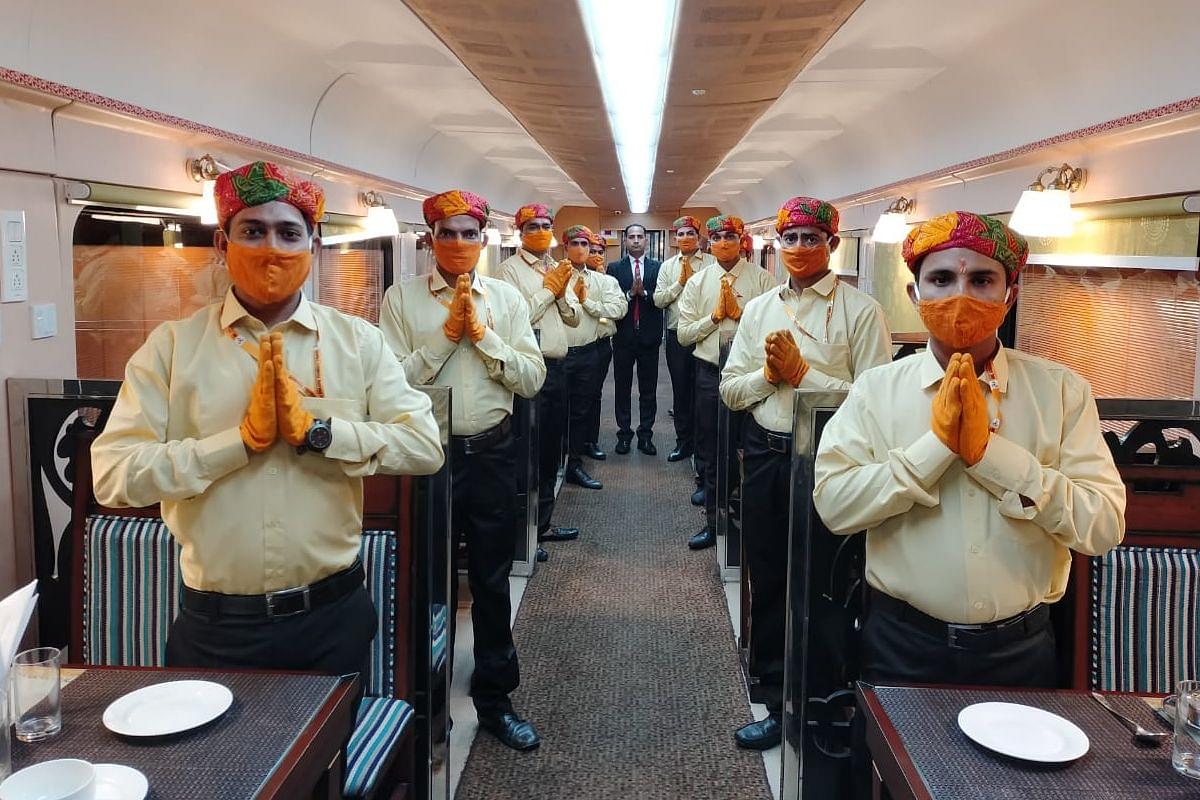 Indian Railways on Monday (22 November) changed the uniform worn by the staff aboard the Ramayan Express after seers from Madhya Pradesh objected to their previous saffron attire.

The seers from MP's Ujjain, earlier in the day, had taken strong objection to the saffron attire of waiters on board the IRCTC-operated Ramayan Express and dubbed it as an 'insult' to Hindu religion.

They had threatened to stop the train in Delhi on 12 December if the dress code was not withdrawn.

“We have written a letter two days back to the Union Railway Minister lodging our protest against waiters in saffron serving refreshments and food in the Ramayan Express," Ujjain Akhada Parishad's former general secretary Avdeshpuri was quoted by PTI as saying.

"Donning saffron attire with sadhu-like headgear and wearing 'malas' (necklaces) of 'rudraksha' (sacred seeds) is an insult to Hindu religion and its seers,” Avdeshpuri added.

He said seers will stop the train at Delhi's Safdarjung railway station if the saffron dress code of the waiters was not changed, adding it was necessary for protecting the Hindu religion.

The Indian Railway Catering and Tourism Corporation (IRCTC) on Monday tweeted, “It is to inform that the dress of service staff is completely changed in the look of professional attire of service staff.”

The IRCTC also posted pictures of the Ramayan Express staff in the new uniform.

"Inconvenience caused is regretted," the IRCTC added in the tweet.