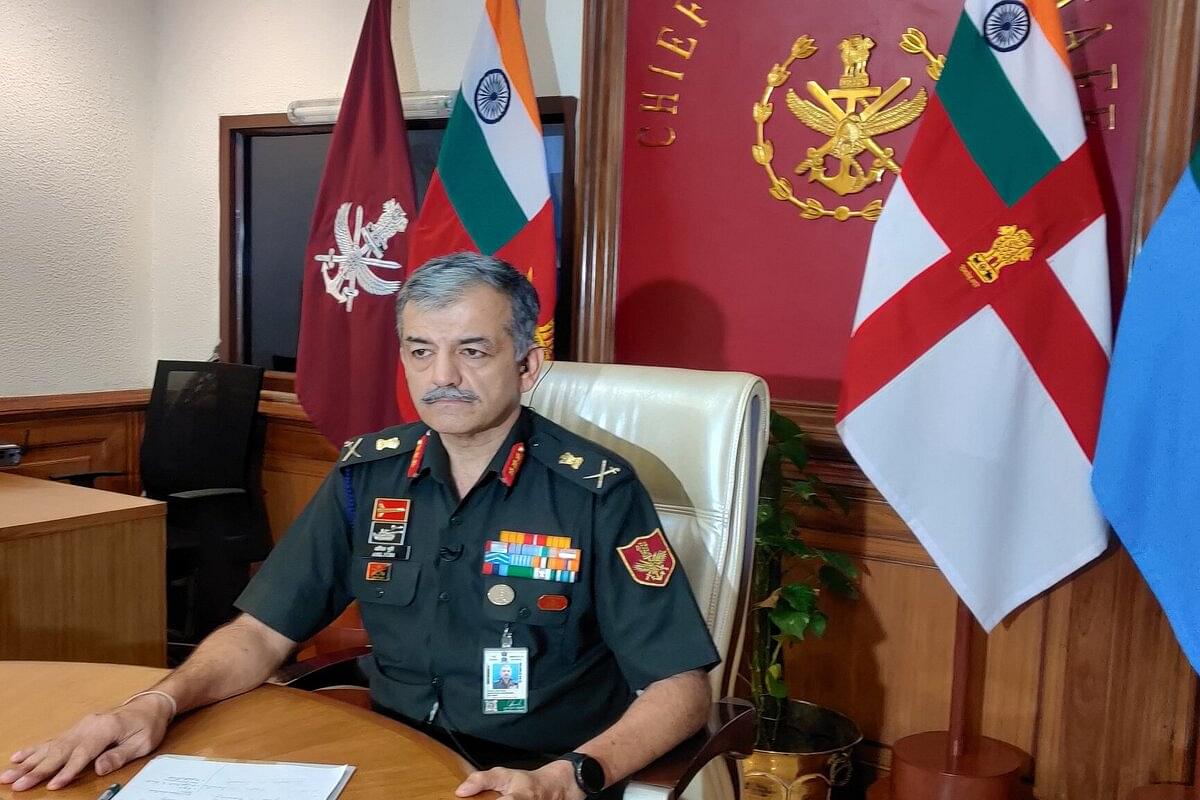 Here are seven things the military leadership said at the presser.

1) No Rollback Of Agnipath

To a question on whether the government was reviewing or rolling back the scheme because of the protests, Lt Gen Puri said that no such proposal was under consideration. He also stated that the supportive measures announced in the last few days for the Agniveers were not because of the protests and arson, and the government was already working on them.

"Why should it be rolled back? It is the only progressive step to making the armed forces young. It is a question of protecting the country," he said.

The announcement of the scheme on 14 June sparked violent protests and arson in several parts of the country, with agitators demanding its roll back citing only four-year tenure for 75 per cent of the recruits under it.

2) Distinct Rank And Insignia For Agniveers

The Agniveers recruited under the military's new Agnipath scheme would sport a "distinctive insignia" on their uniform and would also form a distinct rank that would be different from any other existing ranks and they can be posted to any regiment and unit.

“Agniveers would form a distinct rank in the IA, different from any other existing ranks... A distinctive insignia will be worn by the Agniveers on their uniform during their service period. Detailed instructions shall be issued separately,” the terms and conditions of recruitment issued by the army say, adding, “The recruitment will be on All India All Class basis."

The youths who were involved in arson and violence while protesting the scheme will not be able to join the three services as a police verification process will be carried out before enrolling anyone. All applicants aiming to join the three services under the 'Agnipath' military recruitment scheme will have to give an undertaking that they were not part of any protest, arson or vandalism, a senior military official said on Sunday.

He also stated that the individuals against whom FIRs have been lodged for protest, vandalism and arson would not be allowed to join the forces.

"And if there is any FIR lodged against them, they can't join," Lt Gen Puri said.

4) Navy To Issue Guidelines On 25 June

Giving details of Indian Navy's plan to induct 'Agniveers' under the scheme, Vice Admiral (Personnel) Dinesh Tripathi said the naval headquarters will come out with a broad guideline for the recruitment by 25 June.

The first batch of recruits will join the training programme on INS Chilka in Odisha by 21 November, he said, adding the navy is recruiting both men and women as 'Agniveers' under the scheme.

About the Army's recruitment plan, Lt Gen Bansi Ponappa said the army will issue a draft notification today (Monday) and subsequent notifications will be issued by various recruitment units of the force from 1 July onwards.

Recruitment rallies under the Agnipath scheme will take place across India in August, September and October, he said.

Lt Gen Ponappa said the first batch comprising 25,000 personnel will join the training programme in the first and second weeks of December. The second lot of recruits will join their training around February 23.

He said a total of 83 recruitment rallies will be organised across the country to select around 40,000 personnel.

About the Indian Air Force's plan for induction under the Agnipath scheme, Air Marshall S K Jha said the registration process will start on 24 June and the process for online examination for phase one of the recruitment process will begin on 24 July.

'We are planning to start the training for the first batch of recruits by December 30,' Air Marshall Jha said.

Lt Gen Puri said the plan to bring down the average age of the soldiers in the Indian military is three decades old and was first thought of in 1989. He also pointed out that the need for a reduction in average age was reiterated by the Kargil review committee.

The Agnipath scheme, announced on 14 June, provides for the recruitment of youths in the age bracket of 17-and-half to 21 years. The plan, reports say, will bring down the average age of the armed forces to 26 from around 32 currently. The government has extended the upper age limit to 23 years for recruitment in 2022 as a very large number of aspirants had lost two years due to the Covid-19 pandemic.