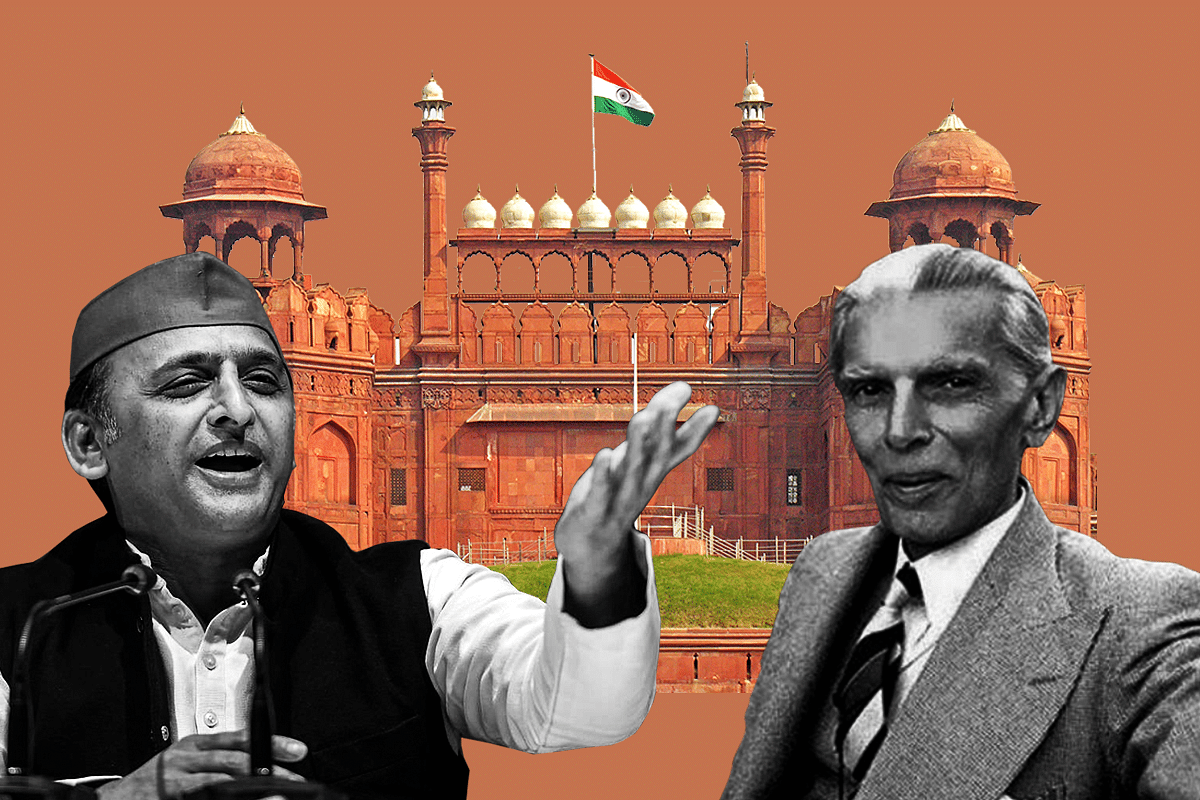 Samajwadi Party (SP) president Akhilesh Yadav has stirred a major controversy by glorifying Mohammed Ali Jinnah, infamous for bringing about the partition of India and creating a separate country out of it, namely Pakistan.

With only months to go for the Uttar Pradesh 2022 Assembly Elections, the former UP chief minister’s pro-Jinnah remark received scathing criticism from across party lines.

"Sardar Patel, Mahatma Gandhi, Jawaharlal Nehru, Jinnah, they all came out of the same institution. They all studied at the same institute, they became barristers and gave freedom," he said at the rally on Sunday (31 October). Akhilesh didn’t stop short at this, and went on to say that Jinnah was a hero of India’s independence movement.

It was within no time that the Bharatiya Janata Party (BJP) leaders began slamming Akhilesh Yadav for his ‘Jinnah Prem’ (love for Jinnah). "His divisive mindset came to the fore once again when he tried to glorify Jinnah by equating Sardar Patel with him. It's the Talibani mentality that believes in dividing,” said UP Chief Minister Yogi Adityanath, demanding an apology from the Samajwadi leader.

UP Deputy CM Keshav Prasad Maurya mockingly dubbed Akhilesh Yadav as “Akhilesh Ali Jinnah”, and his party as - the “Namaaz Wadi Party.” He further said, “by singing praises of Jinnah, he has shown disrespect to countless people who sacrificed their lives for the country. He has also insulted Sardar Patel by indulging in the politics of appeasement.”

UP BJP chief Swatantra Dev Singh said that Akhilesh comparing Sardar Patel, the man who united India, with the proponent of partition, Mohammed Ali Jinnah, makes it clear that the SP and its chief are sympathetic towards anti-nationals and terrorists.

Not just the BJP; Owaisi and others condemn as well

Interestingly, it was not just the BJP, but even other party leaders, who have until now avoided any direct confrontation with the SP, came out to condemn Yadav’s statement in praise of Jinnah.

“If Akhilesh Yadav thinks that by giving such statements he can make a section of people happy, I think he is wrong and he should change his advisors. He should also educate himself and read some history," said Owaisi.

As AIMIM has already sounded its bugle for UP 2022 Assembly polls, this could be seen as Owaisi’s attempt to steer clear from his image of being a leader of the Muslim community exclusively.

Pragatisheel Samajwadi Party (Lohia) chief Shivpal Yadav, who also happens to be Akhilesh Yadav’s uncle, when asked to comment on the same, said “I don’t know Jinnah, have just heard the name. Why he compared Jinnah with Mahatma Gandhi, Patel and Nehru and called him a hero of India’s independence, and what role did Jinnah play in the freedom struggle, only Akhilesh can answer this.”

The Bahujan Samaj Party (BSP), however, claimed that there is “collusion” between the SP and the BJP. In a tweet, BSP chief Mayawati alleged that Yadav’s remarks on Jinnah and the BJP’s response to it were part of a well-thought-out strategy of the two parties to vitiate the atmosphere on Hindu-Muslim lines and create polarisation ahead of the UP assembly polls.

The controversy surrounding this issue didn’t remain restricted to the political leaders, as netizens soon took the issue to social media.

The hashtag ‘Jinnah Premi Akhilesh’ (Jinnah Lover Akhilesh) trended number one for hours on Monday (1 November) on Twitter as tweets bashing Akhilesh’s remark kept pouring in throughout the day.

While many involved history lessons for Akhilesh, others pointed out his politics of Muslim appeasement.

At one point, party patriarch Mulayam Singh Yadav was dubbed “Maulana Mulayam”, and now it is Akhilesh Yadav who, by glorifying Jinnah, has voluntarily given himself into something very similar and problematic.