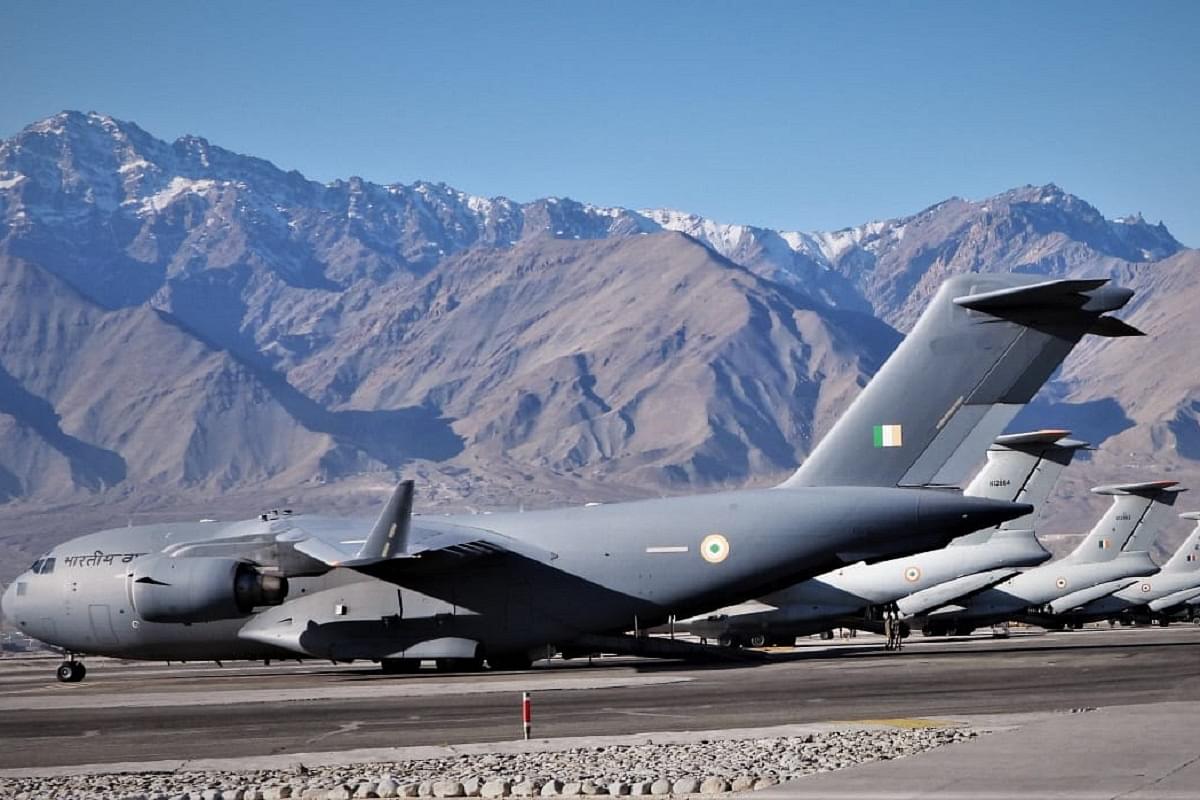 Amid the ongoing tension with China on the Line of Actual Control (LAC) in Ladakh, the Indian Air Force and the Indian Army have conducted a joint airlift exercise to strengthen the logistics supply in the Northern sector and to augment winter stocking in the operational areas.

The platforms utilised for the airlift were C-17, IL-76 and An-32 aircraft, which took off from one of the forward bases of Western Air Command, the Ministry of Defence said on Wednesday (17 November).

"A joint airlift exercise, ‘Op Hercules’ was undertaken by the Indian Air Force and Indian Army on 15 November 2021. The aim of this high intensity airlift was to strengthen the logistics supply in the Northern sector and to augment winter stocking in the operational areas," the ministry said.

According to the ministry, the effort was a real-time demonstration of the inherent heavy lift capability of the Indian Air Force, which has played a major role in ensuring the ability to quickly respond to any contingency during the past.

The exercise comes in the wake of the border standoff between the Indian and Chinese that erupted in June last year following a violent clash in the Galwan in Eastern Ladakh. After the clash, both sides gradually enhanced their deployment by rushing in tens of thousands of soldiers as well as heavy weaponry.

As a result of a series of military and diplomatic talks, the two sides completed the disengagement process in the Gogra area in August and in the north and south banks of the Pangong lake in February.

However, India and China failed to make any headway at their 13th round of military talks on 10 October in resolving the standoff in the remaining friction points in eastern Ladakh.