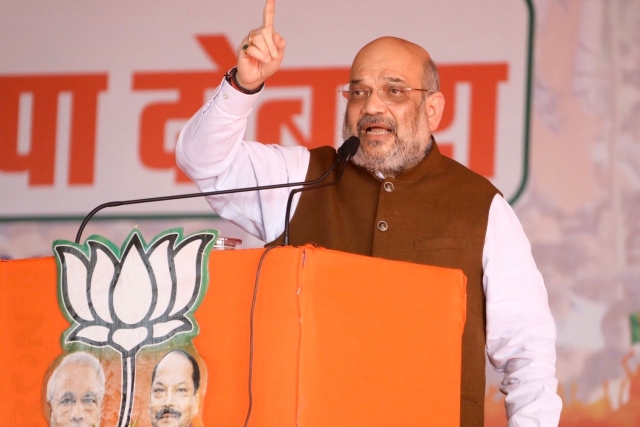 Home Minister Amit Shah, in a recent speech in the Lok Sabha on the Citizenship Amendment Bill, invoked the failure of the Nehru-Liaquat Pact as the background that necessitated the bill.

On 8 April 1950, amidst the horrors of the Partition, a pact was signed by the prime ministers of India and Pakistan, Jawaharlal Nehru and Liaquat Ali Khan. The agreement was the outcome of a six-day meeting between the two.

The objectives of this pact were to protect the religious minorities in both the countries, end communal violence and to create an atmosphere of peace.

The pact guaranteed complete and equal citizenship rights, security of life and properties to the minorities. These included the fundamental right to freedom of movement (against forced segregation), freedom of religion (including against forced conversions) and freedom of thought.

The pact stated that it would be the duty of both the governments to redress the problems of their minorities without delay.

Why the pact failed?

The irreversible logic of the Pakistan movement - that Muslims deserved a separate nation and couldn’t coexist with Hindus in one unified polity - itself leads to the persecution of Hindus.

The Nehru-Liaquat Pact was signed in 1950 and merely six years later, in 1956, Pakistan adopted its first Constitution that stated Islam as the state religion.

An Objectives Resolution was incorporated in the 1956 constitution that was presented by Liaquat Ali Khan in 1949 and rejected by all the non-Muslim members of the constituent assembly.

This Objectives Resolution located the sovereignty over the entire universe in Allah and stated that the it was Allah who had delegated authority to the state of Pakistan, “through its people for being exercised within the limits prescribed by Him is a sacred trust”.

The resolution also stated that the principles of democracy, freedom, equality, tolerance and social justice shall be fully observed “as enunciated by Islam”.

The 1956 Constitution also stated that the president of the Islamic Republic of Pakistan would be a Muslim only, and that no law would be passed against the teachings of the Quran and Sunnah.

Shortly afterwards, General Ayub Khan seized power and suspended democracy. In 1962, he set up the Council of Islamic Ideology as a constitutional body to recommend laws conforming to Quran and Sunnah to the Parliament and Provincial Assemblies.

The 1973 Constitution, a product of constitutional convention with participation of the leaders of the all political parties in Pakistan also incorporated provisions favouring Muslims over other religious groups.

Later, the government under General Zia ul Haq carried out further Islamisation of Pakistan, including the strict blasphemy laws against insults to prophet Muhammad or Islam, declaring Ahmadis as non-Muslims, Shariah laws and punishments like whipping, amputation, and stoning to death etc.

In 1984, a referendum showed overwhelming support for Zia’s Islamization program with 97.7 per cent approval.

The Pakistani constitution contains provisions for protection of minority rights, but they are eclipsed by other provisions mentioned above.

The Nehru-Liaquat Pact - the hope for equal rights to minorities in Pakistan, a majority of them Hindus and Sikhs - was doomed from the beginning.

The Pakistan Movement from its inception attempted to create the identity of the South Asian Muslims wherein any connection to Hinduism/Buddhism was erased. Their history was traced to the Arab Muslims who attacked the land of India and brought the glory of Islam to degenerate polytheists.

The Islamic invaders, who would have in all likelihood plundered and raped their ancestors, were exalted by the Muslim leadership as the flag-bearers of the Islamic nation. The unintended (or not) effect of this was the normalisation and even glorification of horrendous persecution and genocide committed upon Hindus by these invaders.

Also read: A Look At Historical-Ideological Roots Of Love Jihad

The special status to Quran, Sunnah and religious scholars in law and policy formulation poses serious questions - will the treatment of the state of the Hindus and other minorities depend on how their beliefs/practices etc are viewed from the Muslim lens?

Secondly, While the Quran and Sunnah are said to serve as a guiding source for parliamentarians in Pakistan, can they be criticised freely and openly?

The provisions on blasphemy etc effectively ban any discussion whether such texts are a sources of bigotry or hatred.

Like Pakistan, the two other countries mentioned in the bill - Afghanistan and Bangladesh also have a history of the persecution of non-Muslims.

All three countries, as the Home Minister mentioned in his speech, have Islam as the state-religion.

The other side of the story

Many would allege that minority communities are persecuted in India as well.

This is a gross misrepresentation of the facts.

Pakistan has institutionalised the persecution of Hindus by incorporating legal provisions to that effect. Islam is elevated to the state religion without any clarification of the long history of Hindu persecution in the subcontinent in the name of Islam.

Historically, Hindus have not been the aggressor political elites who victimised Muslims on the basis of their religion. On the other hand, the Islamic invaders massacred Hindus, carried out forced conversions, loot and plunder, and themselves gave detailed account of the pride they felt in demolishing the temples of ‘Kaffirs’, taking their women as sex-slaves, and forcibly converting them.

India needs to realise that two-nation theory is not a choice but a reality that we have to deal with.

India needs to grow out of the self- inflicted role of the righteous older brother who is pained by the younger’s demand of the partition of the village farmlands after coming back from the city; the older brother whose silent suffering is ultimately rewarded by the change of heart of the younger, and who forgives latter’s all crimes expending an ending when he comes out as the morally superior one - a common theme in the Bollywood movies in the aftermath of Partition.

This role play is nothing but an escape mechanism, a denial of the bitter historical truths.

After partition, the leadership of India acted as if it was just completely flabbergasted and heartbroken. But Partition was not a sudden occurrence that should come as a shock.

There is a long history of political Islam in the subcontinent that precedes Partition, from Islamic invaders of the 9th century to revivalist movements of the 19th century, both with the goal of ‘Dar-ul-Islam’. The reluctance to acknowledge the former is behind the amnesia about Partition among Indian scholarship.

Whether it was right or wrong, inevitable or not, Partition, on the basis of the religion, has already happened - and Indic communities have arguably been its worst sufferers.

That they need a safe space for themselves and their culture to thrive is not a radical proposition, given that the two other major religions - Christianity and Islam - despite being politically organised and powerful since centuries, often an aggressor against other communities - already enjoy such spaces in the modern world.

Do these safe spaces need to be exclusive?

Not necessarily. They can be inclusive and tolerant on the basis of the principle of reciprocity - tolerance towards the tolerant, and inclusive of those who are inclusive of others.

We can debate the theoretical nitty-gritty of this safe space, two nation theory, political Islam and what not, however, as we do so, we cannot sit back and watch Indic communities suffer in the name of same ideas that have been fuelling their persecution for centuries. Time’s up.