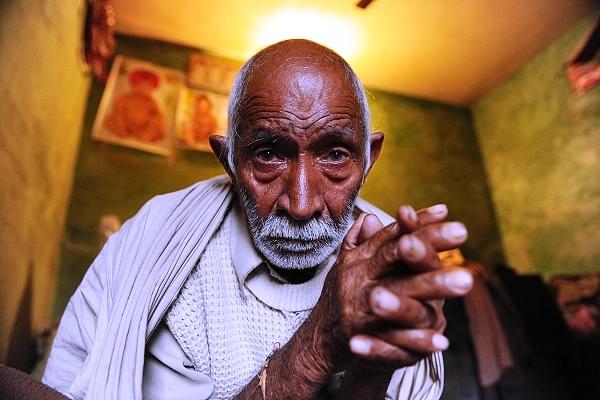 Recently, videos showing a Muslim mob attacking a Hindu school principal, destroying the school as well as three temples in Ghotki in Sindh, Pakistan, went viral on social media. Following the attacks, a Hindu woman Nimrita Kumari, from Ghotki, was found dead in her hostel room in Aseefa Medical Dental College in Larakana.

That all this occurred over allegations of the school principal insulting Islam has once again brought the focus on persecution of minority groups in Pakistan.

The incident was preceded by serial abductions and forced conversion of girls from minority communities. Both reportedly involved backing of influential Muslim clerics like Mian Mithu.

Pakistan’s blasphemy laws are one of the strictest in the Islamic world, with an insult to Muhammad, prophet of Islam, punishable with mandatory death.

The Islamic Republic consistently makes it to limelight over its blasphemy laws. The case of Asiya Bibi, a Christian woman forced to flee Pakistan despite acquittal in 2018, Mashal Khan, a journalism student who was lynched to death in the university over suspicions of blasphemous online posts in 2017 are few examples.

Apart from their chilling effect on the freedom of speech and expression, the blasphemy laws are used to persecute and harass religious minorities.

While on paper, the laws protect all recognised religions of Pakistan against insulting gestures, derogatory remarks or attack on the places of worship, special protection is provided to Islam, the state religion.

Defiling Quran, and insult to Muhammad constitute the two gravest offences in the category, attracting life-imprisonment and death-sentence respectively. A vast majority of the blasphemy cases belong to the former category.

Data provided by National Commission for Justice and Peace (NCJP) shows a total of 776 Muslims, 505 Ahmedis, 229 Christians and 30 Hindus have been accused under various clauses of the blasphemy law from 1987 until 2018.

The highest number of the Ahmadiyya accused is due to the fact that they are directly and specifically targeted by the blasphemy laws.

Ahamdis consider themselves Muslims and follow the teaching of Mirza Ghulam Ahmad, a 19th century religious preacher born in India. Ahmad is believed to be a Mahdi (Guided One) and Messiah to appear towards the end times to restore Islam’s original teachings and bring the final triumph of Islam.

This is often perceived as a contravention to existing Islamic belief in the finality of prophet Muhammad, and hence, Ahmadis are considered heretics. Therefore, pretty much all and any expression of their faith can result in incarceration and heavy fines.

The significantly higher number of Christian accused as opposed to Hindus probably lies in the proselytising nature of Christianity. Christian missionaries often pursue aggressive proselytising, which can involve insulting and hateful comments towards other religions.

On the other hand, Hindus are not known for proselytising as Hinduism vouches for plurality and tolerance for different creeds.

The provisions on blasphemy are so vague that any questions on Islam can be punished severely under the law.

In 1996, a Christian bricklayer was booked for saying that Christianity was right, and recommending his neighbour to read Salman Rushdie's Satanic Verses. He was eventually released after after spending six years in jail upon the court finding that the charges were fabricated.

In 2016, a member of the minority Shia community was sentenced to death following a sectarian debate on social media with a person who turned out to be a ‘counter-terrorism’ official.

In 2005, a man was awarded jail for life after he wrote a book that said that stoning to death for adultery was not mentioned in the Quran, and also that four historical imams (religious leaders) were Jews.

In 2000, a physician was sentenced to death for allegedly saying in his class that Muhammad’s parents were non-Muslims as they had died before the advent of Islam. He later fled to Switzerland.

In 2017, Pakistani blogger Ayaz Nizami, Vice President of Atheist & Agnostic Alliance Pakistan was booked under the blasphemy laws and an Urdu website about atheism, run by him was taken down. He is currently staring at death sentence.

In fact, the criticism of blasphemy laws itself has been branded as blasphemy by the clerics! In 2011, Pakistan’s minorities minister Clement Shahbaz Bhatti was gunned down after an Islamic cleric accused him of blasphemy over his efforts to reform the blasphemy laws. A member of the Pakistan Peoples Party Salman Taseer met a similar fate.

The accusations of blasphemy are often followed by rioting and violent street-protests demanding death for the accused. The influential Islamic religious leaders also enter the fray mobilising the mobs in the name of protecting the religion.

The public pressure for punishing the accused is high and not only the accused, but also the police officials, judges, law-makers and other officials also face harassment, threats, and attacks.

Partially to placate the mobs, and partially to save the accused from them, they are immediately incarcerated, and most often, denied bail.

Many accused have been killed before the trial can complete, many of them gunned down in the court-house itself, and supporters of reform in the law assassinated.

When in jail, the accused need to be put in solitary confinement due to the possibility that they would be killed by other inmates or guards. Even after acquittal, as seen in the case of Asiya Bibi, they are forced to go into hiding or leave the country.

Rest assured, once a person is accused of insulting prophet Muhammad, no court-order can save him. He either has to leave the country or go into hiding, with constant threat looming over his head, or he might convert to placate the public opinion. In 2017, a senior Pakistani prosecutor promised guaranteed acquittal to Christians accused of killing two Muslim men if they agreed to convert to Islam.

Challenge to the law

While critics challenge the blasphemy laws as discriminatory and against freedom speech, expression and religion, any reform cannot be expected soon, not just due to overwhelming show of power by the Islamist forces, but also the institutionalised nature of discrimination against non-Muslims in Pakistan.

Among other things, the constitution of Pakistan states that all laws are to conform with the injunctions of Islam as laid down in the Quran and Sunnah, which, according to Islamic scholars, mandate punishment for insulting Islam.

Pakistan also has a Federal Shariat Court with the power to strike down or amend any law which it deems un-Islamic.

The death sentence for the insult of prophet Muhammad was instituted by the Shariat court in 1990, which deemed the previous provision of life-sentence as repugnant to Islam.

An appeal filed by a Bishop against the Shariat Court’s judgement in Pakistani Supreme Court was rejected 18 years later on the grounds that appellant had not followed up on the case, reportedly, due to his death.

Therefore, a challenge to blasphemy laws will either involve questioning/criticising the blasphemy laws in Islam, which might be blasphemy itself; or demanding a separation of state from religion, which is difficult given the powerful clerics, state institutions, as well as Islamist groups in Pakistan, but also the self-identity of a country founded on the basis of religion.