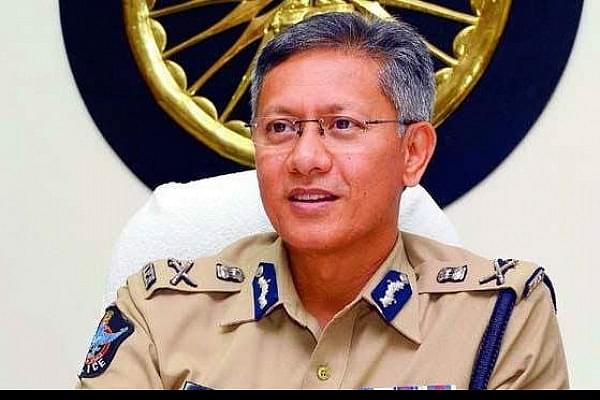 Andhra Pradesh Director-General of Police, Gautam Sawang, has blamed cadres of the Telugu Desam Party (TDP) and Bharatiya Janata Party (BJP) for the attack on temples in the State, and is under fire for allegedly “speaking like a spokesperson” of the ruling YSR Congress Party (YSRCP).

During the weekend, Sawang came up with details of, what he called, political links to the desecration of the temples and “false propaganda” on social media.

He said 21 persons were involved, with 17 of them belonging to the TDP and the rest to the BJP. Fifteen of these, including two from the BJP, have been arrested so far.

The DGP’s statement is on the heels of the Andhra Pradesh Chief Minister YS Jaganmohan Reddy alleging that the Opposition is behind the attack on temples to discredit his government.

The Andhra Pradesh DGP said that two workers each from the TDP and BJP were responsible for the false propaganda that the murti (idol) of Lord Ganesha was desecrated with an impure material on 12 September last year.

Sawang said investigations revealed that the material was not impure as alleged and one of the four — V Prasad Babu — arrested.

Another TDP worker had been arrested for garlanding the statue of Lord Hanuman at Kongalaveed village in Badvel mandal of Kadapa district on 5 December last year.

The DGP said eight persons, including four TDP workers, have been arrested for the desecration incident that happened at Maddamma temple in Kurnool district’s Maddikera.

In the case of the alleged desecration of Lord Sitaram murti at a Hanuman temple in Malamanda village in Kurnool district on 30 December last year, Sawang said the electrician “accidentally slipped on the sculptures and caused damage”.

A TDP leader, who is chairman of the temple committee, has been arrested along with a priest and two journalists for false propaganda, he said.

The TDP has questioned the investigations by the State police and Sawang’s statement.

The TDP and BJP have slammed the DGP, saying “he should shun his uniform and wear YSRCP scarf”.

State BJP chief Somu Veerraju demanded the immediate removal of Sawang as the DGP for the “baseless” statement.

He said that instead of taking action, the State police were booking false cases.

Critics of the YSRCP government point out that the DGP's statement pointed more at alleged false propaganda than the damages caused to various temples. His explanation, they argue, is more about blaming social media propaganda than really controlling the situation.

The BJP, which has suddenly turned aggressive in Andhra Pradesh following the attack on temples, is now demanding that properties of churches also be enumerated and religious conversions be stopped immediately.

The YS Jaganmohan Reddy government has been under pressure for increasing attacks on temples in the State.

The TDP has charged Sawang with “reading the script written by the State Chief Minister”.

The State DGP does not seem to have inspired any confidence among the people with his latest statement and over the lethargy shown by his personnel in handling the temple attacks it said.