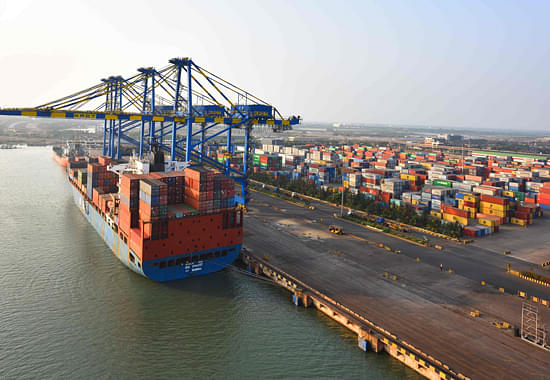 In January 2020, Adani Ports announced that it is acquiring Krishnapatnam port from Hyderabad-based CVR Group. On 22 July, the Competition Commission of India (CCI) approved the acquisition of equity shareholding along with management control of KPCL by Adani Ports

Krishnapatnam Port is a privately built and owned all weather, deep water port located in Nellore District of Andhra Pradesh. It is located about 190 km north of the Chennai Port and 18 km east of Nellore. After Mundra, Krishnapatnam port is the second-largest private port in India and and handled 54 MMT of cargo in FY 19.

The port is currently owned and operated by the KPCL. KPCL is 90.6 per cent owned by the CVR Group, which has interests in construction, ports, power, steel, information technology and exports.

Krishnapatnam port has a draft of 18.5 metres, a depth that can accommodate fully-loaded capesize vessels of 200,000-tonne capacity. It currently has a capacity to handle 64 million tonnes (mt) of cargo from 13 berths. The cargo handling capacity can be scaled up to 250 mt a year, according to the master plan.

The acquisition will help Adani Ports expedite its vision of handling 400 million tonnes (mt) of cargo by 2025 and expand its market share among India’s ports. APSEZ’s market share will increase from 22% to 27% on pan India basis.

With the acquisition of the Krishnapatnam Port, Adani Ports will own the two largest privately-owned ports in India, along with nine other ports and terminals across the Indian coastline, further strengthening its position as the predominant private player in the sector.

Adani Ports' 10 strategically located ports and terminals — Mundra, Dahej, Kandla and Hazira in Gujarat, Dhamra in Odisha, Mormugao in Goa, Visakhapatnam in Andhra Pradesh, Kattupalli and Ennore in Tamil Nadu — have the capacity to handle a combined 395 mt of cargo, accounting for 24 per cent of the country’s total port capacity.