Army To Get 200 More K9 Vajra Howitzers After One Regiment Was Deployed In Ladakh Last Year: Report 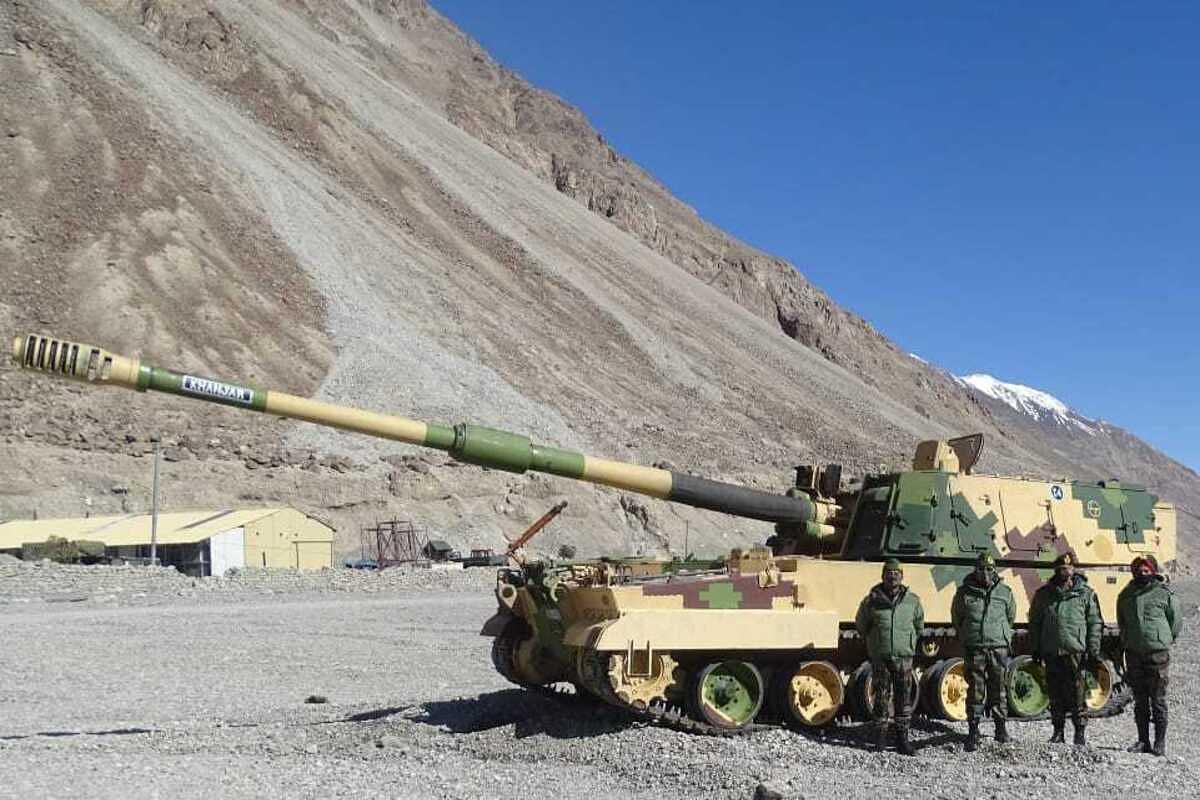 The Ministry of Defence "has begun moving files" for the purchase of 200 units of the howitzer, the report says, adding that a deal could be signed with Larsen & Toubro (L&T) at Defexpo 2022, which is to be held in Gujarat's Gandhinagar between 10 and 13 March.

The order, worth over Rs 10,000 crore, will be the largest given to an Indian firm in the defence sector, the report adds.

Under a deal signed in 2017, L&T supplied 100 K9s to the Indian Army. The howitzers were delivered ahead of schedule, with the last one handed over to the Army in February 2021. The guns were built by L&T at Hazira in Gujarat with technology transfer from South Korean defence major Hanwha Defense.

The Indian Army currently has five regiments of K9 Vajra. Each regiment has 18 guns and two units in reserve. The guns received by the Army under the first deal were meant for use in the plains of Punjab and the semi-desert terrain of Rajasthan along the border with Pakistan.

However, last year, the Indian Army deployed a regiment of K9 Vajra self-propelled howitzers in eastern Ladakh, where India and China have been locked in a tense military standoff since May 2020, to provide firepower.

"If you don't have at least 10 more regiments of self-propelled artillery, you will fall short all over the border," says Lieutenant-General P Ravi Shankar, former Director-General of Artillery.

Before the deployment of the guns in eastern Ladakh in large numbers, the Indian Army had transferred three units to the region to assess their suitability and efficacy for deployment in the high-altitude area where the temperatures can fall well below minus 30 degree Celsius.

"These guns can also work in high-altitude areas. Field trials were extremely successful. We have now added an entire regiment, and this will be really helpful," Army Chief General Manoj Mukund Naravane said back then.

To make them suitable for operations in Ladakh, the guns were modified in the field by engineers from L&T Defence. Special kits were added to allow operation in low temperatures, and the range tables and the software that guided these guns had to be modified due to the high altitude.

"The guns drove up from Leh to the forward areas of eastern Ladakh on their own power (instead of a tank transporter-trailer), demonstrating their ability to operate independently," the India Today report says.

India's Field Artillery Rationalisation Plan of 1999 envisaged to acquire around 3,000 pieces of 155 mm calibre of five types — "self-propelled, tracked (mounted on a tank chassis), wheeled (on a wheeled armoured vehicle), towed (pulled by a truck), ultra-light (air-dropped by helicopters) and a Mounted Gun System (fitted on a 4x4 or 6x6 vehicle)".

To make way for additional K9 howitzers, the Army may have scrapped the last category, the report says, adding that it has "cannibalised the requirement for nine regiments of wheeled howitzers".

If a deal is signed at the Defence Expo later this year, the first guns could start rolling out of the L&T facility in Hazira near Gujarat's Surat by 2023 and all deliveries completed before 2028.