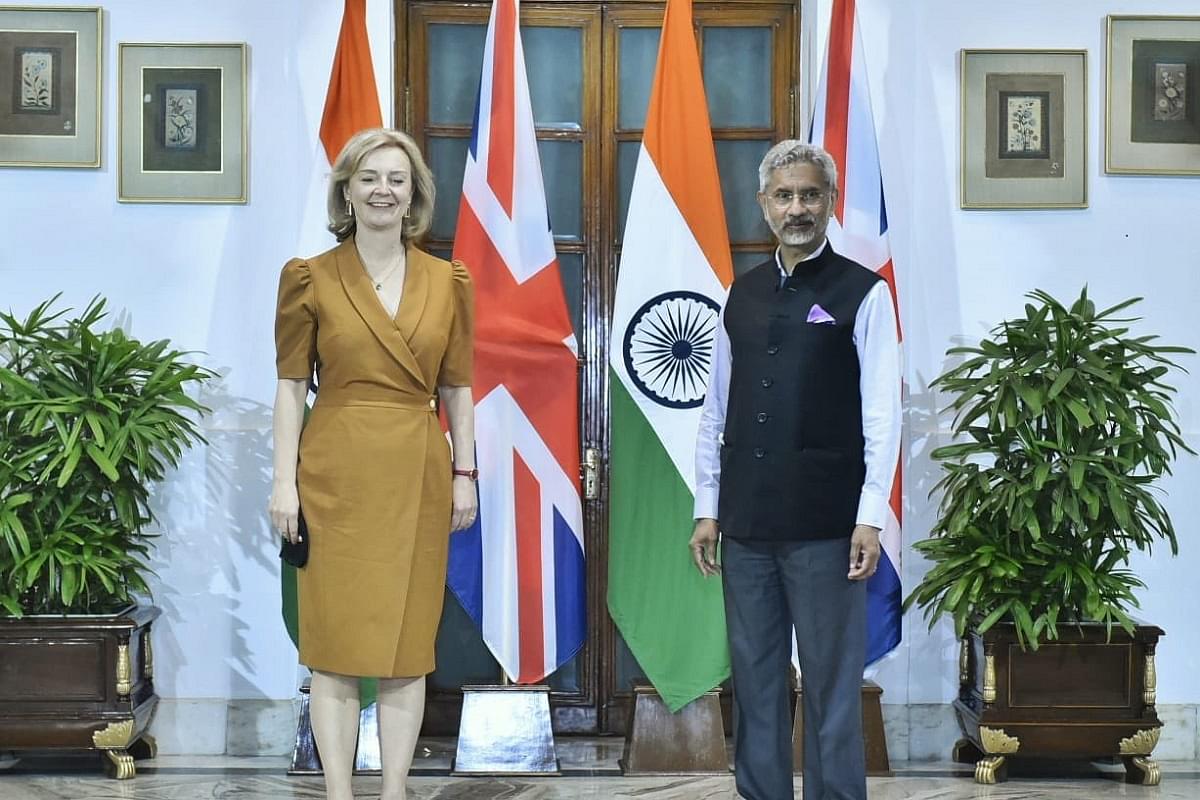 The minister, who arrived in Mumbai from New Delhi, said that her visit is aimed at forging stronger security and defence links with India, the world's largest democracy, as a key part of the UK's Indo-Pacific strategy.

The Foreign, Commonwealth and Development Office (FCDO) said that the minister sees India as "essential" in ensuring a free, open, inclusive and prosperous Indo-Pacific.

Closer defence and security partnerships between the UK and India underpin deeper economic ties and make both countries, as well as the wider region, safer, said Truss.

We need to protect our sea and trade routes and, operating from a position of strength, be hard-headed in defending our interests and challenging unfair practices. The arrival of the Carrier Strike Group in India this weekend represents the UK's Indo-Pacific tilt in action.

This is a true symbol of Global Britain, working closely with like-minded partners like India, she said.

The HMS Queen Elizabeth ship is the spearhead of the Carrier Strike Group (CSG), which is dubbed a symbol of the UK's world-leading defence capability.

Its visit to Mumbai this weekend is described by the FCDO as a clear sign of the UK's growing defence and maritime cooperation with India.

While in India, the CSG is taking part in the most "demanding exercise ever" undertaken between the UK and India, involving all three military services.

During her Mumbai visit on Saturday, the Foreign Secretary will join the Queen Elizabeth carrier at sea to tour the vessel and observe live exercises involving UK and US F35B fighter jets.

She will also visit the Taj Mahal Palace Hotel in Mumbai to lay a wreath at the memorial for those killed in the 2008 Mumbai terrorist attacks.

On Saturday evening, the British minister will welcome senior business leaders and guests from the world of education, film, sports and politics onto HMS Defender, a Type 45 Destroyer, to showcase the UK's world-leading tech and innovation in defence, healthcare, science and climate.

The UK's Chief of Defence Staff, Sir Nick Carter, is also in Mumbai to see the CSG in action.

Earlier, he joined his Indian counterpart General Bipin Rawat in Delhi to discuss regional security and laid a commemorative wreath at the National War Museum.

During her two-day visit, which started in New Delhi on Friday, Truss' focus has been on enhancing innovative security and defence tech with the Indian government to tackle common threats and talk through strengthening defence-related trade between the two countries.

The FCDO said the senior Cabinet minister wants to build a network of liberty around the globe and the visit is aimed at taking forward the joint work agreed in the Roadmap 2030 between Prime Ministers Boris Johnson and Narendra Modi earlier this year.

The Carrier Strike Group, led by HMS Queen Elizabeth, is described as the largest concentration of maritime and air power to sail from the UK in a generation.