As Another Durga Procession Gets Attacked Near A Mosque, Here’s A List Of All Such Attacks This Dusshera 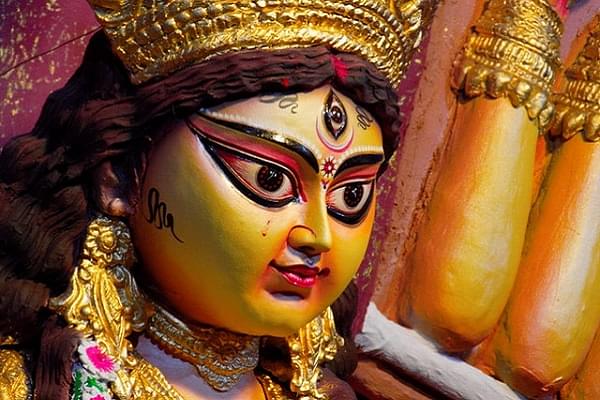 A Durga Puja visarjan procession and the cops guarding it was pelted with stones after it reached the Jama Masjid area in Bihar’s Gaya town, Jagran has reported.

The incident happened at 11.00 PM on Tuesday (8 October) when five idols of Ma Durga were being taken for immersion amidst police security. During the course of the procession, its participants reportedly began chanting against a “neighbouring country” which irked members of a particular community.

The matter kept escalating and soon stones were pelted at the Durga Visarajan procession and the police hurled expletives at the devotees which irked them.

The police is also reported to have resorted to indiscriminate lathi charge which led to a stampede and people were forced to desert the idols. So far, police have arrested 12 people in connection with the incident.

Incidentally, this is not an isolated event and various cases of attacks on Hindu processions and pujas have been reported during the Vijayadashmi period.

The most notorious attack was carried out in the Balrampur region of Uttar Pradesh. A Durga Puja Visarjan procession was pelted with stones and bricks for not stopping its music while crossing the area.

A large mob including individuals wearing skull caps can be seen pelting heavy stones at the mini-truck which was part of the procession.

The procession was playing the customary DJ music which was not switched off after reaching the Mosque, which aggravated the residents.

The administration soon swung into action and at least eight people have been booked under stringent sections of the Indian Penal Code (IPC).

Attack On Dusshera Procession In Rajasthan

During the procession they were reportedly confronted by “another community” in a Muslim dominated area. This resulted in clashes between the two communities and stones were pelted on the Dusshera procession.

Finally, amid strict security the Ravana effigy was finally burnt at 4.30 am on Wednesday (9 October). The Dussehra maidan turned into a fortress with heavy security in and around during the time the effigy was being burnt.

Idols Vandalised And Decapitated In Arunachal

Durga idols were vandalised and decapitated at a pandal in Arunachal Pradesh’s Doimukh. Three accused were later apprehended by the police in connection with the incident.

The news of the incident sparked widespread outrage, and some social media accounts have mentioned that all the accused belong to the Christian community.

Attack On Another Durga Idol Procession In Bihar

Besides Gaya, there has now been another incident of an attack on a Durga Puja procession in Bihar. The incident is said to have taken place in the state’s Jehanabad district.

Early morning at around 6 AM on Thursday (10 October) when the Hindu community was taking the Durga idol for immersion when it was pelted with stones. This led to a stampede and a dozen including policemen were injured.