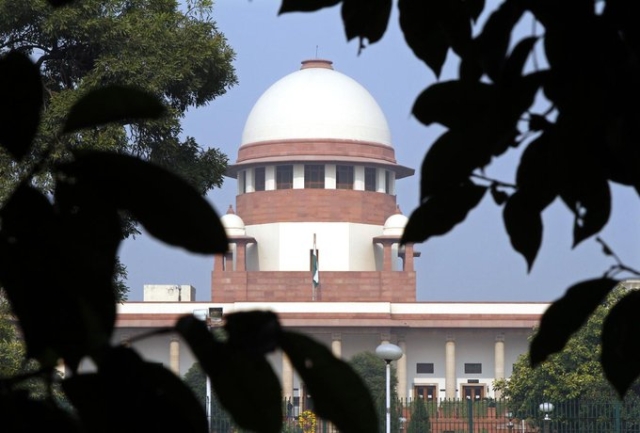 Justice S A Bobde. while hearing the Ayodhya Ram temple case, said that the ASI report cannot be considered authoritative.

Senior advocate Meenakshi Arora, for the Sunni Wakf Board challenged the ASI report findings saying it has “inherent, palpable” inferences, which contradict each other.

Arora pointed out that the ASI report even inferred there was a circular shrine, believed to be of the sixth century and dedicated to Lord Shiva at the site. “We are inferring so much… conjecturing so much,” complained Arora about the hearings which have reached their consecutive 32nd day.

“We cannot reconstruct what happened from the ruins, that is why we want expert opinions,” said Justice Bobde.

“This (about the shrine) is there in the ASI report… It is the ASI which is saying there was a shrine. The experts (ASI) themselves are inferring. That is why archaeology is an inexact science. We dig and we imagine our past,” Arora said.

All of a sudden, Justice Bobde remarked. “The ASI cannot be considered authoritative”, at which Arora immediately responded, “If that’s so, I rest my case!”

Previously, senior advocate Rajeev Dhavan, counsel for the Sunni Waqf Board had apologised to the court for “wasting its time” by questioning the authorship of the ASI report.

Criticism of the report

The ASI report had inferred, based on its findings, the existence of a multi-pillared massive, stand-alone super-structure that pre-existed the Babri mosque.

Arora referred to the experts writing the report as ‘fanciful’.

The Muslim side had previously argued that archaeology is at best “a social science and not a natural science like physics or chemistry, since its findings cannot be verified and may differ from opinion of one person to another".

When the bench cited the Ismail Farooqi judgment 1994 as a counter, Arora replied that she was only saying that the archaeological evidence at best is “very weak evidence” and cannot be relied upon much.

“There was a preconceived idea of 85-pillared hall under the Babri mosque land. B B Lal (who led the ASI dig) was the one who propagated the idea of a multi-pillared hall. The ASI conjecturised local claims of a huge hall. Pillar bases are not in alignment, but only a fancy drawing,” she said.

She further said the pillar bases were found to be placed unevenly and varied in size up to three to four times, and therefore, there might have been no massive pillared structure but several structures, not necessarily religious ones, built eras apart, one on top of the other.

Justice Ashok Bhushan interjected, “You cannot impose modern engineering standards on constructions built 1000 years ago.” But Arora continued her attack on the report.

She accused the ASI of not bothering to test the pottery shards unearthed during the excavation, and said that the report also has some references to finding “Islamic material” during the excavation. Arora was referring to two graves found a metre below the mosque as well as animal bones.

Arora argued that if the Hindu side could infer a grand temple from materials uncovered in the ASI excavations at the Babri Masjid site in 2003, nothing prevented the Muslim parties from deducing the pre-existence of an Eidgah mosque at the very same spot.