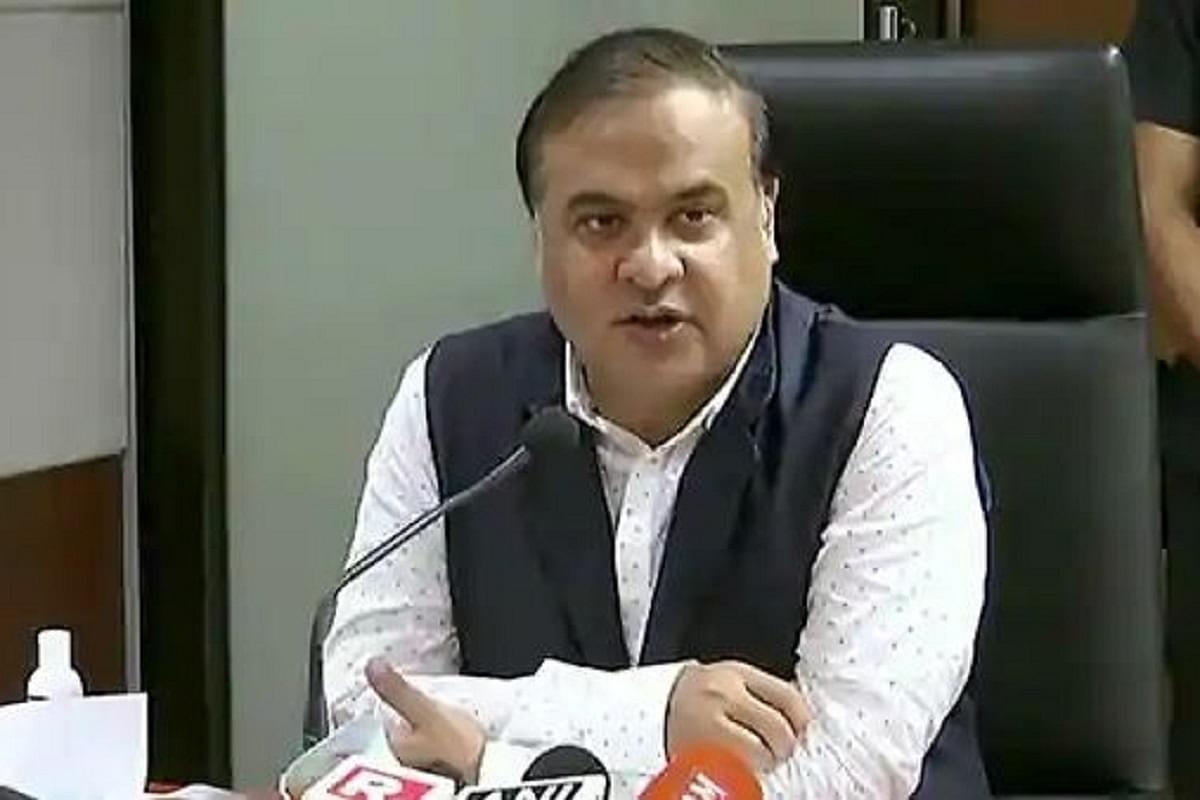 Assam Chief Minister Himanta Biswa Sarma suspects the role of a third party in Thursdays (23 September) violence in which two persons were killed and 20 others were injured after a mob clashed with the police during an eviction drive in Darrang district of the state.

The eviction drive was launched by the police and the district administration to vacate 4,500 bighas (602.40 hectares) of government land illegally encroached by several hundreds of families of Bengali-speaking Muslims.

The Chief Minister said that the drive went on smoothly till Wednesday (22 September), and only 60 families had to be evicted on Thursday. But around 10,000 people with lathis etc. gathered at Sipajhar to put up a massive resistance, he said.

"Where did they come from? Who brought them," Sarma asked while addressing an official function and said that to reveal the truth, the government has ordered a judicial inquiry into the incident to be conducted by a retired Gauhati High Court judge.

Sarma said that Thursday's violence was perpetrated, even as he promised to the All Assam Minority Students' Union (AAMSU) that all the landless households would be provided with six bighas of land.

The CM also strongly disapproved the act of a photographer who was caught on camera stomping on the body of a dead/injured person during the violence.

The police have subsequently arrested the photographer, who was engaged by the administration to record the eviction drive.

Rejecting the demand of the opposition parties to suspend the Darrang District Magistrate and Superintendent of Police, the Chief Minister requested the Congress leaders to watch the entire video footage of the incident in which around 10,000 people came armed with sticks and spears and attacked the policemen first.

Earlier in the day, a Congress delegation from Guwahati led by its state unit chief Bhupen Kumar Borah visited Darrang and staged a demonstration outside the DM's office.

The Congress has also submitted a memorandum to Governor Jagdish Mukhi demanding a judicial probe into the matter headed by a sitting judge of the Gauhati High Court.

The Congress demanded that the eviction drive be kept in abeyance until a suitable resettlement plan is announced by the government.

"The police personnel, who were deployed for the eviction drive and were responsible for the barbaric act, should also be given exemplary punishment and adequate compensation should be announced for the victims' families," the party demanded, as it asked the government to convene an all-party meeting along with the stakeholders to finalise a realistic plan for the affected families.

The All Minority Organisations Coordination Committee, which includes the AAMSU and the Jamiat-e-Ulema, among others, had jointly called a 12-hour shut down on Friday in Darrang district to protest the police action even as an uneasy calm prevailed in the district.

The Assam government had earlier declared that the vacated land would be utilised for agricultural purposes and training would be given to 500 indigenous youth in farming, including piggery and pisciculture, for the purpose.

The state government has undertaken eviction drives in many districts to evict people who are illegally occupying government lands in different parts of the state.