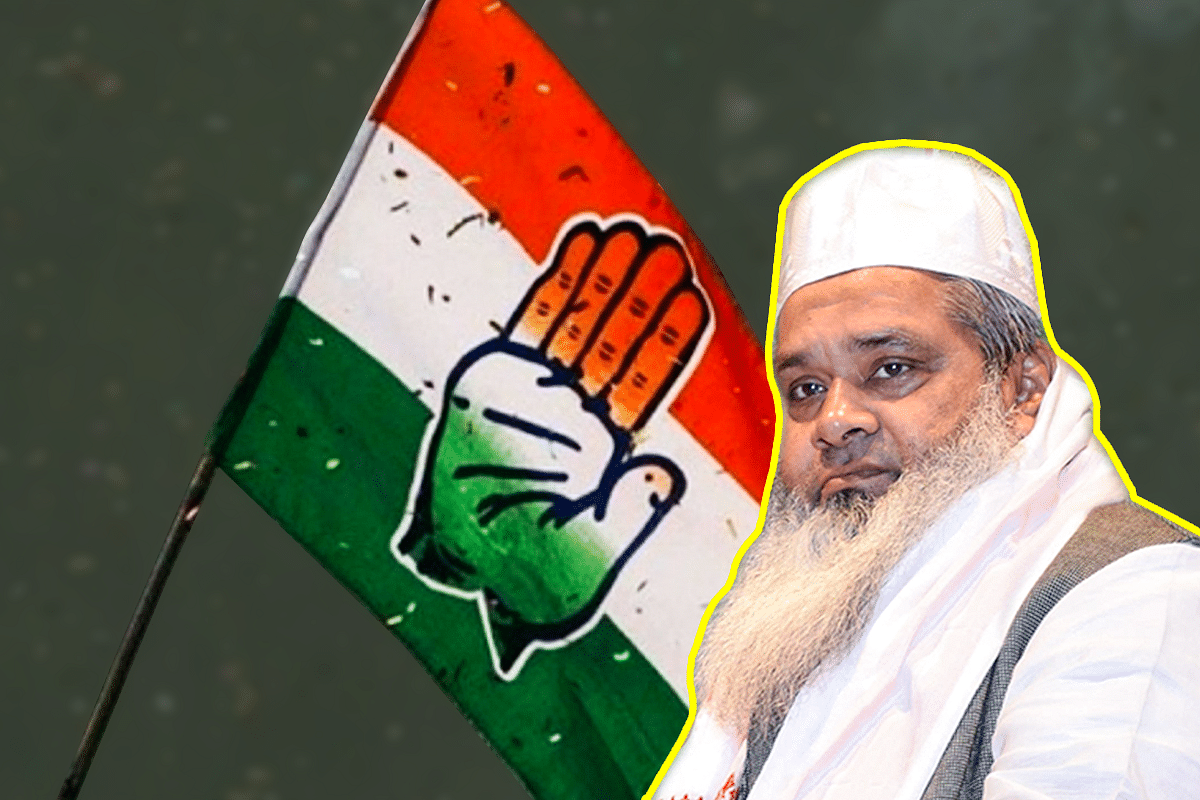 Badruddin Ajmal of the AIUDF.

The Congress-led 'Mahajot' (Grand Alliance) in Assam was on the verge of collapse with the Congress on Monday (30 August) announcing that it has decided to sever the alliance with the Badruddin Ajmal-led AIUDF and tribal party BPF.

A core committee meeting, presided over by state Congress President Bhupen Bora, observed that the AIUDF's behaviour and attitude in relation to the ruling BJP has "baffled" his party.

"The AIUDF (All India United Democratic Front) leadership and senior members continuously and mysteriously praising the BJP and the Chief Minister (Himanta Biswa Sarma) has affected the public perception of the Congress. In this connection, after a long discussion, the Core Committee members of the APCC (Assam Pradesh Congress Committee) unanimously decided that the AIUDF can no longer remain an alliance partner of 'Mahajot' and in this regard, will send intimation to the AICC," Congress's chief spokesperson Bobbeeta Sharma said.

She said that at Monday's meeting, a discussion was also held with regard to the alliance with the Bodoland Peoples Front (BPF).

"Since the BPF had already expressed their unwillingness in various forums to remain in the 'Mahajot', therefore the APCC President has been given full authority to take decision on this matter and intimate the High Command," Sharma said.

The Congress, which governed Assam for 15 years (2001-2016), managed 29 seats in the March-April elections, three more than 2016 polls, when it lost Assam to the BJP. Of the other partners of the 10-party "Mahajot", the AIUDF won 16 seats up from 13 last time, the BPF got four seats against 12, and the Communist Party of India-Marxist won just one seat.

The Monday's core committee meeting also observed that inter-state border issues in the northeast have gradually increased during the tenure of the BJP government.

It expressed deep concern at the "unprecedented deteriorating relations" with neighbouring Mizoram over border dispute and condemned the failure of both Central and state governments on maintaining cordial relations with neighbouring states on the border issues.

Sharma said that the killing of five truck drivers in Dima Hasao district by the militants and the daylight murder of girl student Nandita Saikia in Dhemaji district with a machete proves that the state government has failed to control the law and order situation in the state.

She said that the Assam Congress leaders take strong exception to the state government announcement of the increase of daily wage of tea workers to Rs 205 per day which is way below the electoral promise of wage increase to Rs 351 by the BJP in 2016.

"Moreover the wage is also less than the first BJP Government's notification of 2021 which had added Rs 50 just before the assembly elections and increased it to Rs 217.

"This notification was also withdrawn and now only Rs 38 has been increased. The APCC strongly condemned this betrayal to the tea tribe community and demanded that the state government fulfilled the daily wage increase of tea workers as promised," Sharma said.