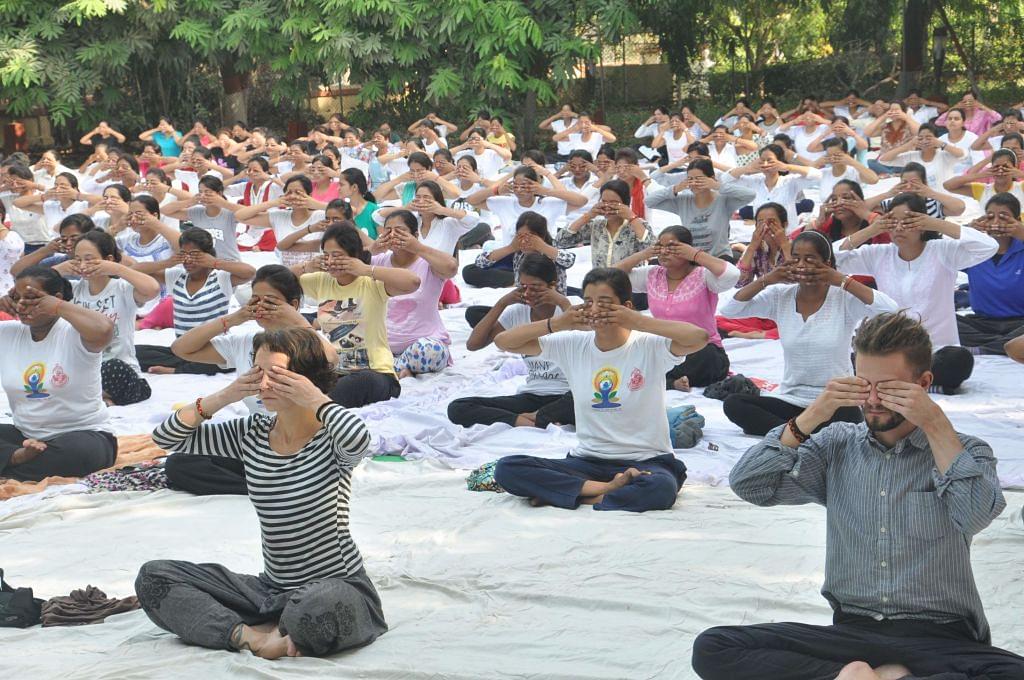 The Ministry of AYUSH has set up a high-level interdisciplinary committee to explore the potential of Yoga as a productivity enhancing tool.

The first meeting of the panel was held through video-conferencing on Wednesday (24 March).

The committee is headed by by Dr H R Nagendra, Chancellor of SVYASA Yoga University in Karnataka, and its members include representatives from AIIMS New Delhi, IIM Bangalore, IIT Bombay, various leading Yoga institutions, the corporate sector and the AYUSH Ministry.

In the inception meeting held yesterday, the committee recognised that there has been an unprecedented surge in the popularity of Yoga in the past five years, globally, the Ministry of AYUSH said on Thursday (25 March).

The spiritual connectedness and health benefits of Yoga have been widely embraced by its practitioners, it added.

"But the productivity dimension of Yoga — its role at the workplace in offering benefits to employees to perform better – remains unexplored to a large extent," the statement said.

According to the statement, the productivity dimension becomes especially important given the increasing physical and mental pressures faced by employees, exacerbated by the current pandemic, even as employers grapple with the situation and try to improve workplace wellness.

Some of the members highlighted that Yoga for productivity is a critically important aspect in the present context when India’s growth aspirations are at perhaps its highest. One of the primary tasks of the committee, it was recognised, was to review evidence that linked Yoga to productivity and analyse the same, the statement said.

The various possible directions of the productivity dimension could then be identified systematically, and along these directions, protocols could be developed. The committee resolved that it would adopt an approach based on science and evidence in finalising its recommendations.

Existing evidence bases, including data collected on the impact of Yoga as a wellness intervention, and the subsequent impact at workplace given that the way forward for determining the effectiveness and universalisation of any intervention is through scientific evidence, would be collated, it said.

Various institutions from the private and public sector are expected to associate with this study, including universities, hospitals from both modern medicine and Ayush systems, corporate houses and yoga institutions. The National Productivity Council is also supporting the study.

The committee will submit its preliminary recommendations by May 2021, the ministry said.