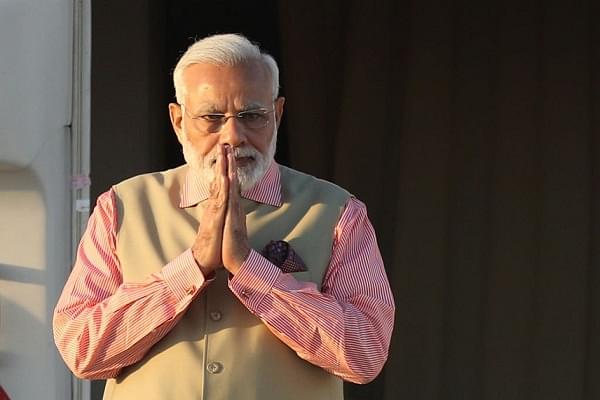 The call was made on a special RAX number, which is an ultra-secure fixed-line network, and mentioned, “bandar mar gaya.”

This message translated to “the monkey has been killed” and it referred to the fact that a Jaish-e-Mohammed (JeM) terrorist training camp in Balakot was taken down by Indian fighter jets in an early morning operation.

Hindustan Times quoted some senior officials involved in the Balakot strikes who apprised the publication that ‘bandar’ was specifically chosen as a code word for the operation. This was done to confuse the Pakistani intelligence agencies into believing that the reference was to the JeM headquarters at Bhawalpur where the group’s chief Masood Azhar was stationed.

Indian fighters were moved to the Rajasthan sector in order to compel the Pakistani air force to shift its assets with the aim to intercept the Indians over the skies of Bhawalpur.

The date 26 February was chosen as it was the last quarter of the full moon and the fighters managed to escape the Pakistani radars flying beneath the Pir Panjal ranges. In fact, all five of Indian bombs had struck the target at 3:30 AM IST.

Apparently, a sixth bomb that was carrying the optical guidance couldn’t fire owing to a certain software snag. The mosque in Balakot was the only place that couldn’t be attacked and had already begun perparations for the Fajr namaz.

The apparent failure of the sixth missile was rued over by the Indian intelligence as the optical guidance’s job was to collect proof of the strike and dismantle any Pakistani or western propaganda regarding the operations.

Penetrator bombs were specifically chosen for the task to cause minimal collateral damage. Majority of the actionable intelligence for the IAF was routed via the RAW deputy chief Samant Goel. Interestingly, some of the information was gathered from a source in the camp too.

As of now, it is unknown whether the Indian source from within the JeM camps survived the air strikes.

Soon after the completion of the operations, PM Narendra Modi called a cabinet meeting of senior ministers and other top officials and praised the Indian intelligence, RAW and the then-IAF chief for the contributions.