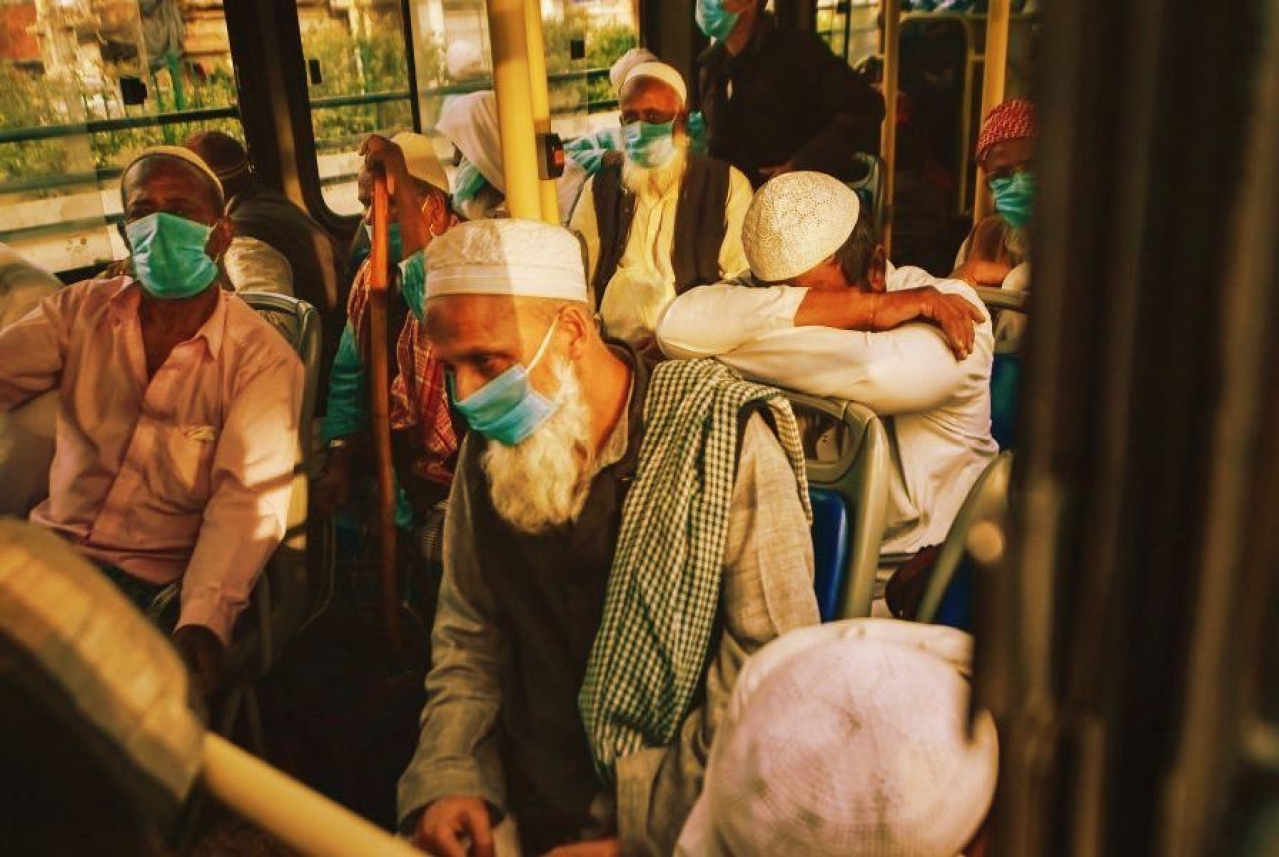 The Tablighi Jamaat, in the eye of the storm for the rising number of Coronavirus (Covid-19) cases in India, had held two congregations at the Aalami Markaz Nizamuddin in Delhi last month. The second congregation was held as late as during 22-24 March.

The Tablighi Jamaat held the first event - Aalami Mashwara which roughly means “Consultation of World” - from 8 March to 10 March at the Banglewali Masjid, the international headquarters of the Tablighi Jamaat. The Mashwara is an annual event.

The second event was Delhi Ijtimaat (Ijtemaat), which means congregation, that was held from 22 March to 24 March. The Ijtimaat is a gathering of the Tablighi followers that takes place once in three months.

The Ijitmaat is a three-day gathering, which usually attracts huge gatherings, usually ends with an exceptionally long prayer.

The Ijtimaat was held in Nizamuddin during 22-24 March despite the Tablighi Jamaat leadership, based at the Banglewali Masjid, being fully alerted to the dangers of coronavirus and the local government cancelling a similar event in Indonesia's Sulawesi from 18 March to 22 March.

A Reuters report quotes Mustari Bahranuddin, one of the Tablighi Jamaat organisers of the Indonesia event as saying "We are more afraid of God. because everyone's human, we fear illnesses, death...but there's something more to the body which is our soul.”

The report reveals the organisers rejected a formal request from the authorities to postpone the gathering. The quoted organiser had also told Reuters that the event organisers were checking pilgrims' temperatures as a precaution.

While Bahranuddin claimed that the Malaysian event was organised by a different group, the Reuters report suggests that the same social media accounts were being used to promote both the events - hinting that the organisers were the same group.

Further, the Reuters report says that a Facebook post with a photo showed a prominent Indian Tablighi cleric, Sheikh Maulana Ibrahim Dewla, leaving Malaysia for the Indonesian event - belying the claim that the Indonesia and Malaysian events had different organisers.

The fact that the Tablighi Jamaat had held two events, the second one when “social distancing” had become the norm, and after the Indonesian alerts, is clear proof that its leadership ignored various notifications of the Union and Delhi Governments.

On 12 March, the Delhi Government ordered the self-isolation of the people who had come from the countries affected by Coronavirus.

On 13 March, the Arvind Kejriwal Government banned gatherings of over 200 persons in the Capital.

The State government further reduced to 50 the maximum number of people who can be at gatherings. On 16 March, the Ministry of Health issued an advisory calling for “social distancing” to overcome the threat of Coronavirus.

The Banglewali Masjid authorities seemed to have clearly ignored all these besides keeping the premises open late last month, endangering the lives of thousands.

Lastly, the alerts by Delhi and Indonesian governments had come on top of alerts by authorities in Singapore and Malaysia where an even earlier event (28 Feb - 1 March) had acted as a super spreader. The Tablighi Jamaat seems to have ignored all the alerts.

Get Swarajya in your inbox everyday. Subscribe here.
Tags:
29 Shares