What Ticks For EV Startup Rivian, Which Hasn't Yet Sold 1000 Cars But Is Already Worth Over $100 Billion And Is Being Hailed As Next Tesla? 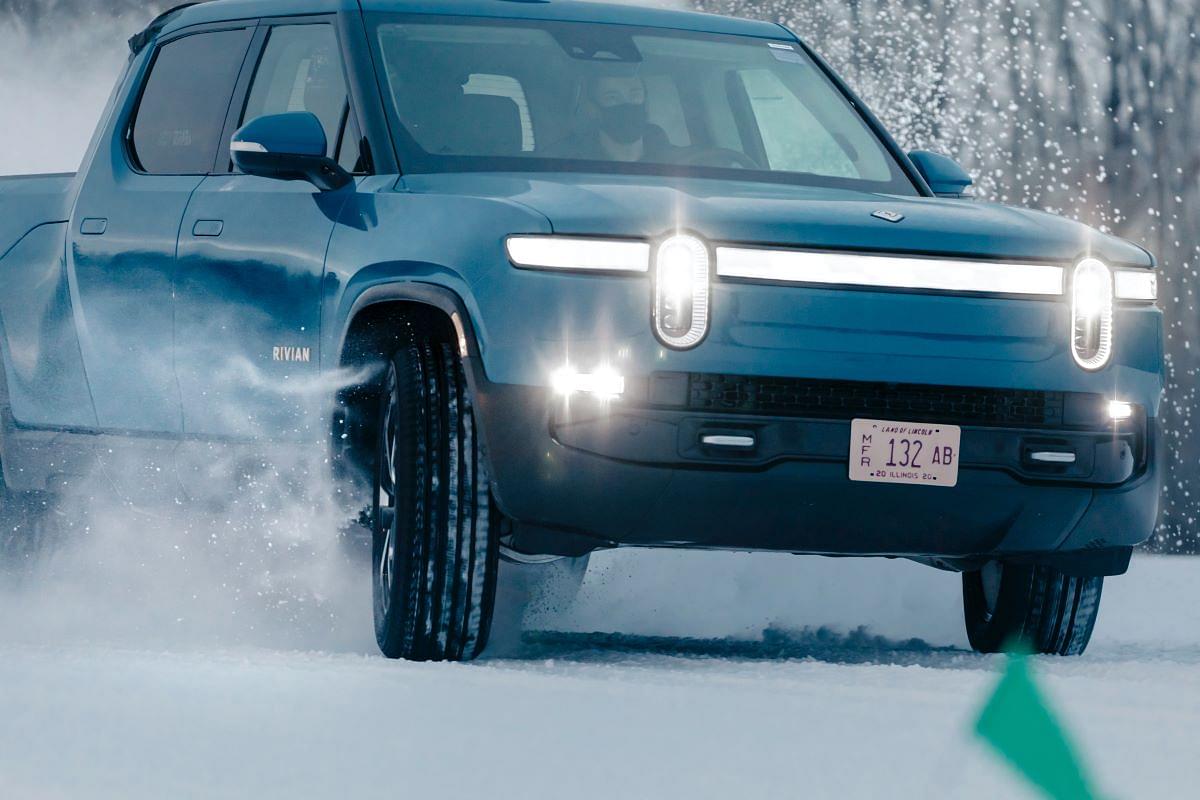 Rivian Automotive, backed by deep-pocketed companies like Amazon.com and automobile giant Ford, surged on in its Nasdaq debut on 10 November, surpassing a market valuation of $100 billion.

The stellar stock market debut makes Rivian the second most valuable U.S. automaker next only to Tesla, which is worth $1.04 trillion. Despite selling just very few units of vehicles (it was commercially available only few months back), the IPO has catapulted the start-up ahead of auto behemoths including Ford and GM in market valuation.

Prior to the IPO, Rivian had raised $10.5 billion since the start of 2019 from Amazon, Ford Motor Co and other investors including T. Rowe Price and BlackRock.

The IPO proceeds, estimated to be around $10.5 billion, will fund company's expansion plan

Rivian is building the R1T pickup truck, an all-electric pickup truck. The company promises that R1T will offer 300 miles of driving range and lightning-quick acceleration. It also plans to add R1S SUV as well as an electric commercial van. Though the company has shipped very few vehicles , it plans to produce at least 1 million electric vehicles per year by 2030.

The company currently has one manufacturing site in Normal, Illinois, with capacity to produce 150,000 vehicles annually. In addition to another plant in U.S, the company has announced plans for 3 more manufacturing including one in China and another in Europe.

RJ Scaringe, the 38-year-old founder of the company, was described by Jeff Bezos as "one of the greatest entrepreneurs I’ve ever met."

However, Rivian's biggest challenge, according to the founder and CEO Scaringe, is the "health of the supply chain" as the company scales up production amid parts shortages. He also said on 10 November that the company's valuation reflects its capacity to scale swiftly as well as its intention to manufacture commercial cars.

Its competitor, Elon Musk's Tesla has created a robust and growing energy-storage industry, which includes solar, home and commercial energy storage, in addition to consumer EVs. According to reports, Rivian is also trying to expand in comparable fields of business, according to Scaringe.

The CEO said: “For us, it’s a question of how do we, as rapidly as possible, transition ourselves away from a fossil-fuel based economy?”

"And that of course has a huge focus on the transportation products. But it also includes energy products. And this is something that we will certainly get into as we really try to accelerate that,” he added.

We built Rivian to help shift the world toward sustainable transportation and energy. At this critical, once-in-a-planet moment, we want to do more. pic.twitter.com/qRWS14S4CS