Bihar: Chirag Paswan Attacks Nitish Kumar, Says The Bihar CM Had Opposed PM Modi In 2014, But Was Now Chasing Him To Save His Chair 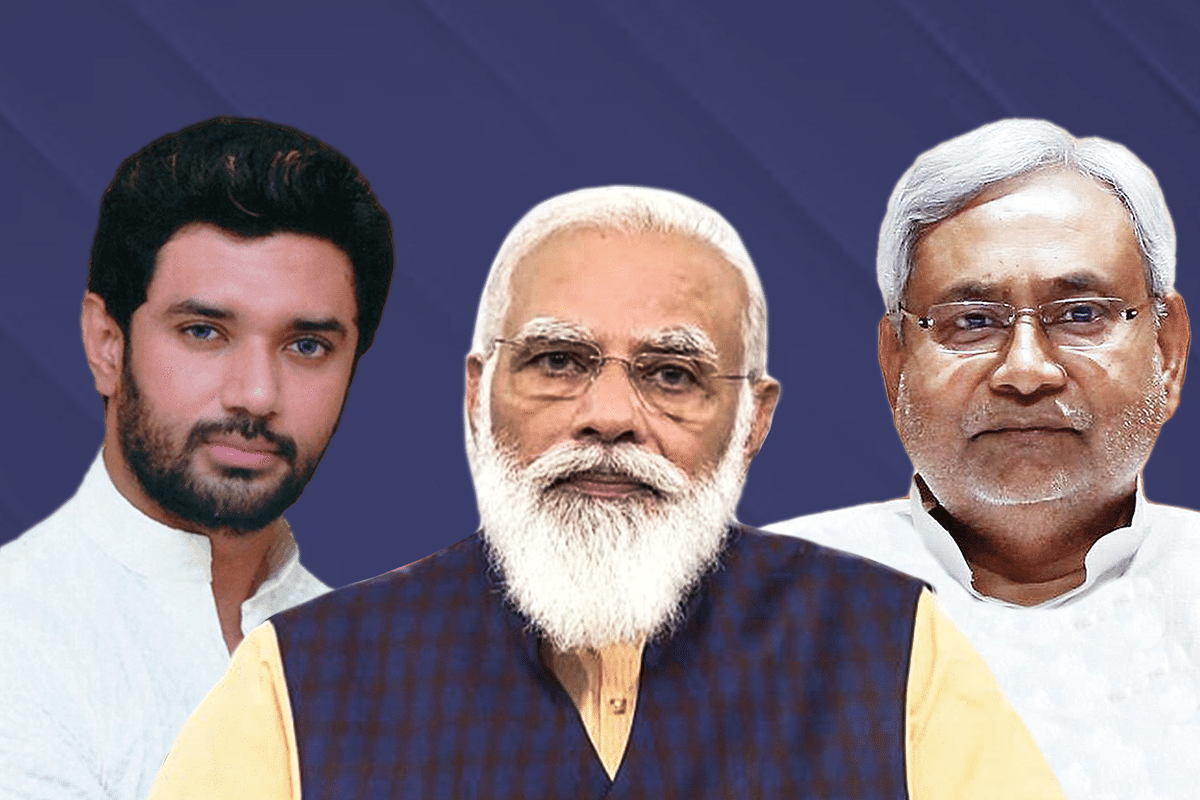 Lok Janshakti Party leader Chirag Paswan has levelled an attack on Bihar Chief Minister and JDU chief Nitish Kumar in a series of posts on Twitter.

He has said that Kumar is trying to win elections in Prime Minister Narendra Modi's name and by showing the power of the Mahagathbandhan.

He has added that Kumar himself doesn't know what work he stands for to win the support of people.

He said that Kumar, who opposed PM Modi in 2014 to stall development in the state, is now chasing Modi in order to save his chair and power.

This is not the first time that Chirag, son of former minister late Ram Vilas Paswan - a leading NDA figure from Bihar - has criticised Kumar.

Though part of the alliance at the Centre, Kumar chose and carved a separate path for his party for the Bihar Assembly polls. He has alleged that JDU rule has led to deterioration in the state.

He added that leaders are depending on policies and programmes of the Centre to win the favour of voters in the state.

In another post on Twitter, he has said that while Uttar Pradesh chief minister Yogi Adityanath was making efforts to bring back people hailing from the state in the wake of Covid, Bihar CM Nitish Kumar said that Bihar has no funds for it.

Paswan added that people hailing from Bihar who were returning to the state on their own were stopped on the state borders.

He said that Kumar emerged failing both during floods and the fight against Covid.

Widening his attack on Nitish Kumar, Paswan has said that Kumar has not filled even the sanctioned posts and there are neither doctors nor teachers for this reason.

He urged voters to not let Bihar hurtle towards further deterioration.