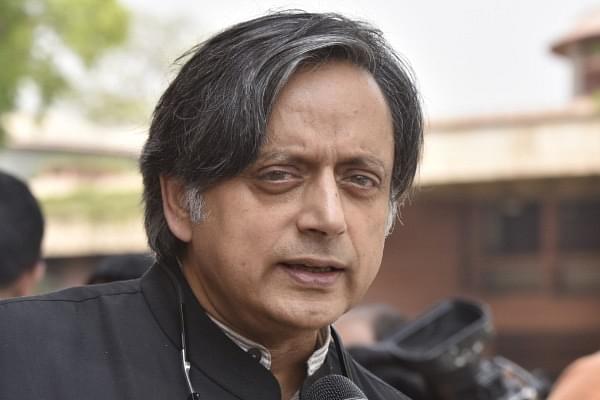 The BJP slammed former Union Minister and Congress MP Shashi Tharoor for questioning the progress the country made in recent years. The saffron party leaders said that making fun of the country is Tharoor's favourite pastime.

In a tweet, Tharoor said, "Since the BJP is so obsessed w/our image, reflect: For decades, the world saw India as a land of snake-charmers and fakirs lying on nails. In the last 25 yrs India became the home of doctors and computer geeks. Now we're a land where people drink cow urine and bathe in cow dung. Progress?"

In another tweet sharing a news report, Sahasrabuddhe said, "Now you must stop this Shashi Tharoor ji, just in case you have an open mind to listen to your senior party colleague Oscar Fernandes ji."

In the report shared by Sahasrabuddhe, former Union Minister and senior Congress leader Fernandes talks about an anecdote about a man in Meerut who claimed to have cured his cancer by drinking cow urine and how by doing 'Vajrasana' he cured his knee pain when doctors had suggested for replacement surgery.

BJP National General Secretary (Organisation) B L Santhosh tweeted, "Your tweet shows what you read now a days. By the way India under Prime Minister Narendra Modi has two vaccines to its credit ... two medicines for mild infected patients. If you need I can quote another 100 for you."