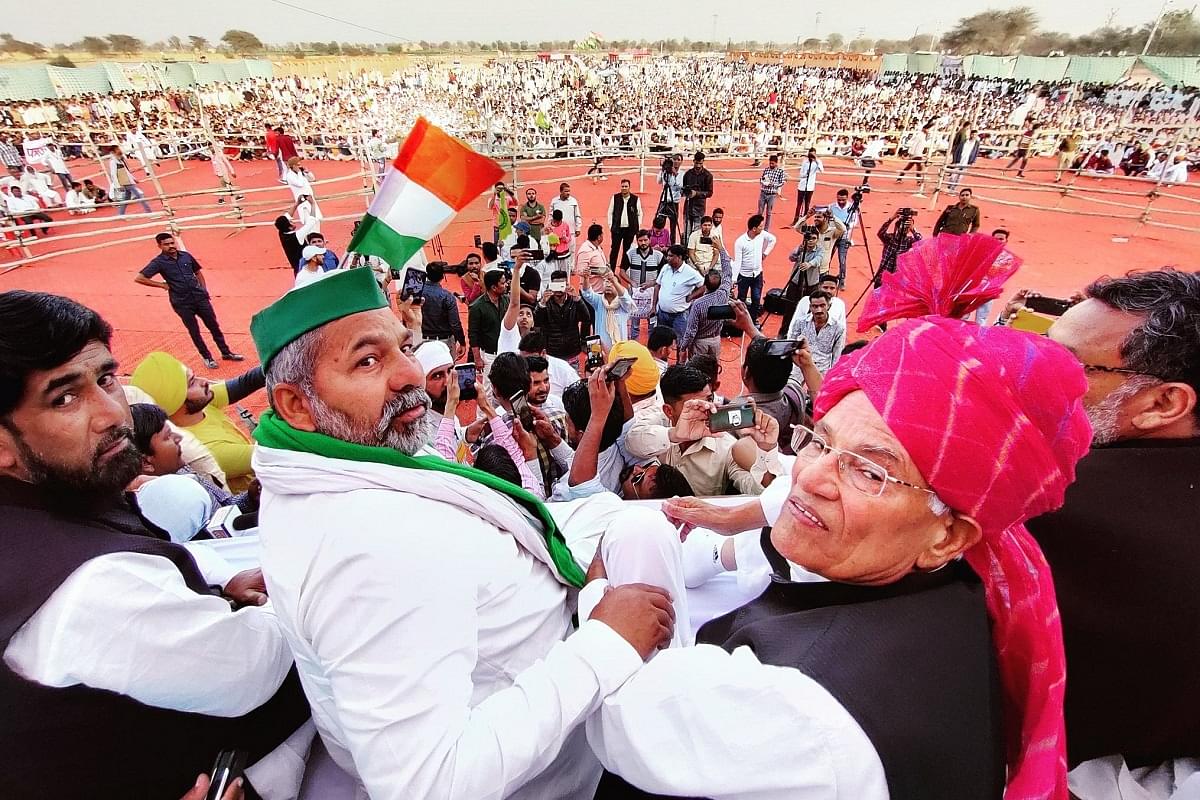 The member bodies of the Sanyukta Kisan Morcha (SKM), on Monday (14 March), in their first meeting after the recently concluded state assembly elections, reportedly indulged in serious internal squabbles. Following the suspension of the farmer’s agitation, the SKM had opened an attacking front against the ruling Bharatiya Janata Party (BJP) in the state elections, but the electoral success of the party in four states has appeared to further intensify the infighting among the office-bearers of the various farmer’s organisations.

As per the report, the united front was seen divided into many factions and separate meetings were held by different leaders to decide the future course of the farmer’s agitation. The leaders levelled serious allegations against each other, and the supporters got infuriated to the extent that the situation boiled down to physical scuffles, which had to be stopped by intervention by the senior leaders.

Given the extent of the infighting and the serious differences among the senior leaders of the group, the internal split of the SKM is soon to come out in the public.

In the meeting, it was pointed out that a faction of the SKM had formed a political party to contest the Punjab elections to capitalise on the anger arising out of the farmer’s movement. It was alleged that this will compel the public to view the farmer's agitation as a political movement, and hence lose credibility in the public court.

One faction argued that Balbir Singh Rajewal and Gurnam Singh Chaduni have leveraged the movement for political gains and therefore they should be shown way out of the front. To further discuss the issue, some leaders including Yogendra Yadav, Darshan Pal Singh and Hannan Mollah started a separate meeting outside the main hall of the Gandhi Peace Foundation Morcha, reports Dainik Jagran.

At the same time, the other faction raised questions about Yogendra Yadav, who himself has a political party. Meanwhile, the workers associated with the organisation seemed rather confused on picking up a side. As of now, a draft proposal has been made by the Yogendra Yadav faction to bring in discipline in the organisation. As reported, the proposal will be circulated to the leaders of all the factions of the SKM, an umbrella body of the farmers.

It is noteworthy that on March 10, the BJP, despite all odds, had made a strong comeback in Uttar Pradesh, Uttarakhand, Goa and Manipur, and will soon be forming its government. Surprisingly, given the considerable vote share and the seats won by the BJP, the impact of the farmers' movement was not at all visible. In the areas adjacent to Delhi, where the farmers' movement was more effective, the BJP won all the 11 seats with a huge margin.

While the SKM had made open calls to the voters for boycotting the BJP, Prime Minister's Narendra Modi's timely repeal of the contentious farm laws and the BJP electioneering did not let the mass voter sway from the saffron party.