Boost For Self-Reliance: Upgraded Dahod Facility In Gujarat To Roll Out 1,200 Locomotives 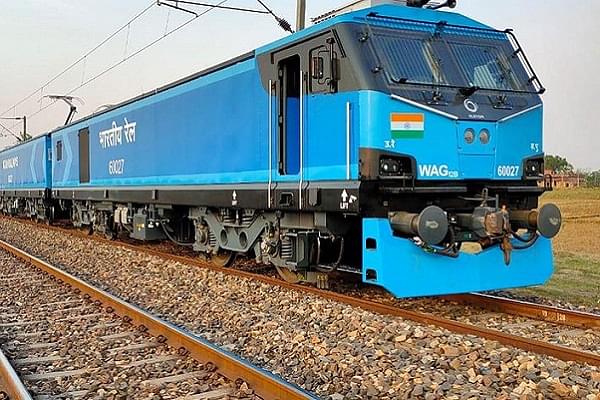 Situated on Mumbai-Delhi main rail route, Dahod workshop was established in 1926 for periodic overhaul of steam locomotives. The unit will be upgraded to electric locomotive manufacturing unit with infrastructural improvements.

Dahod, thus, will be Gujarat’s first and the country’s fourth production unit of the railways to manufacture locomotives. The new upgraded unit will be able to manufacture 1,200 locomotives of 9,000 horsepower (HP) having a speed potential of 120 kmph. The first locomotive is expected to roll out from the factory in the first quarter of 2024.

The Rs 20,000 crore mega project is expected to provide 3,500 direct jobs and indirect employment to 7,000 people. The economy of Gujarat is also set to get a major boost by creation of opportunities across the entire value chain for setting up of ancillary industrial units.

Chittaranjan Locomotive Works (CLW) is IR’s first production unit located at Chittaranjan in Asansol of West Bengal. Presently, CLW is playing a pivotal role in making Indian Railways self reliant in the field of electric traction both for high speed and heavy hauling load. It is one of the largest electric Locomotive manufacturers in the world.

Patiala Locomotive Works (PLW) is a fully owned production unit of Indian Railways, located at the heritage city of Patiala and is the pride of Punjab. The unit manufactures BG electric locomotives and diesel electric tower cars (DETC).

The Marhowra facility started loco manufacturing from October 2018 and is currently producing about 100 diesel locos in a year.

Ministry of Railways has also entered into a long term procurement-cum-maintenance with Madhepura Electric Locomotive Private Limited (MELPL), a joint venture company of Ministry of Railways (26 per cent equity participation limited to 100 crore) and Alstom Manufacturing India Limited (74 per cent equity participation) for setting up of an electric locomotive factory at Madhepura, Bihar and procurement-cum-maintenance of electric locomotives.

The company is required to supply 800 high horse power electric locomotives to Indian Railways over a period of 11 years. The fully electric high-powered double-section locomotives of 12,000 HP capacity shall be used for freight service and are capable of hauling about 6,000 tonnes at a top speed of 120 km/hr.

The company delivered the 100th electric locomotive of 12,000 HP to Indian Railways in April 2021.

According to a written response to a question in Rajya Sabha, Railway Minister Ashwini Vaishnaw stated that Indian Railways operates a daily average of 13,555 trains, of which 37 per cent trains are being hauled by diesel locomotives. The remaining 63 per cent are hauled by electric engines.

The new 9,000 HP locomotives will be equipped with a digital tracking system and KAVACH (automatic train protection system). They are capable of hauling a load of 4,500 tonne of cargo.

The locomotives shall be manufactured with the use of green energy and will have a green manufacturing tag. Due to improvement in average speed and loading capacity of freight trains, the new locomotives will lead to reduction in the logistic cost and decongestion of the saturated tracks.

The first Make-in-India 9,000 HP locomotive had rolled out from Chittaranjan Locomotive Works (CLW) on 31 March 2019. The upgraded locomotive class will augment hauling capacity on the existing network of the Indian Railways and also partly meet the demands of the electrified dedicated freight corridor.