Bubonic Plague: Even As Local Officials Warn Of Human-to-Human Transmission Risk, WHO Praises China For Managing It Well 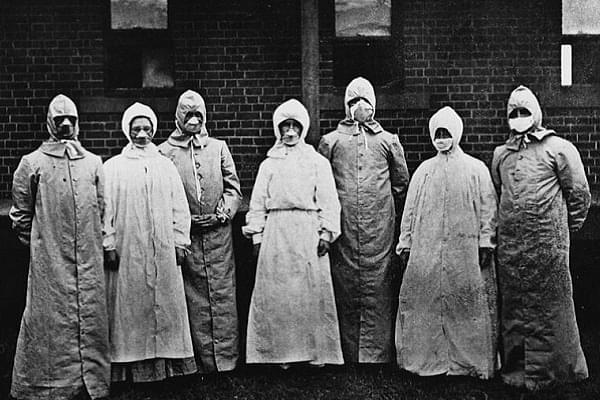 Overalls worn by plague treating doctors in the past (Flickr)

The World Health Organisation (WHO) has said that the bubonic plague outbreak that erupted in China in June is “well managed” and should not be considered a potential threat of snowballing into a pandemic.

WHO spokeswoman Margaret Harris said in a press conference 0n Tuesday (Jul 7) that the situation was being “well managed” by China, and that the WHO did not currently consider it a “high risk.”

“Bubonic plague has been with us and is always with us, for centuries. We are looking at the case numbers in China. It’s being well managed,” she said. “At the moment, we are not considering it high risk but we’re watching it, monitoring it carefully.”

Meanwhile the local authorities in the city of Bayan Nur in the Chinese region of Inner Mongolia notified citizens on Sunday (Jul 5), one day after a hospital reported a case of suspected bubonic plague.

Chines authorities have also announced ban on hunting of marmots — a type of ground squirrel that is believed to be the cause of the 1911 pneumonic-plague epidemic, which killed tens of thousands of Chinese.

Chinese official news agency Xinhua has already reported at least three cases of bubonic plague that have been discovered in Mongolia in the last two weeks.

WHO has repeatedly come under criticism for its tepid response to the Covid-19 pandemic and its close relationship with Chinese government has come under scrutiny.