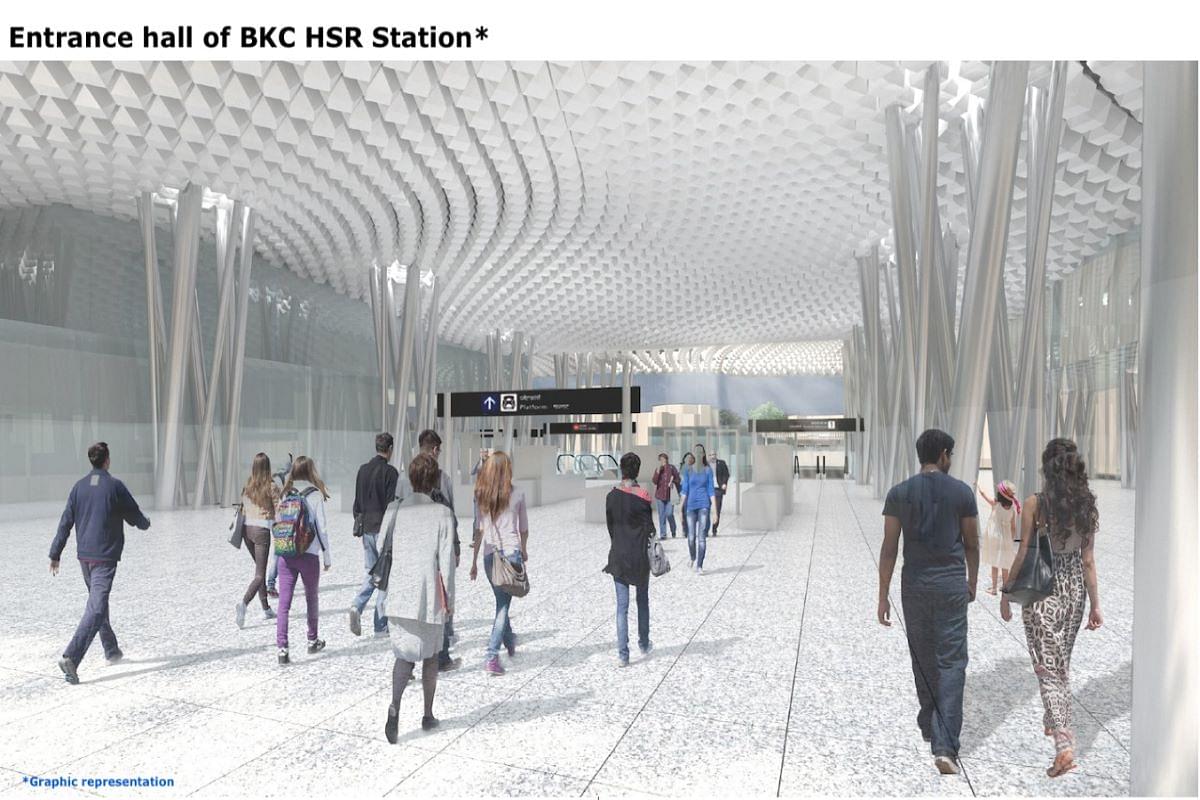 Bids invited for design and construction of Mumbai underground station and tunnels for #BulletTrain pic.twitter.com/CfRXveQy3l

The NHSRCL is the implementing agency for the bullet train project, under which the train will be run between Ahmedabad and Mumbai on a high speed rail corridor at a speed of 320 kmph, covering a distance of 508 km and 12 stations. The train is expected to reduce the travel time between the two cities to about three hours .

This is the first set of bids invited after the new Shiv Sena- BJP alliance government led by Chief Minister Eknath Shinde-led government came to power in Maharashtra. The new government has given the green light to the project, which remained dormant during the erstwhile Uddhav Thackeray-led MVA (Maharashtra Vikas Angadi) dispensation.

After the new government assumed power, the Mumbai Metropolitan Region Development Authority ordered the removal of a structure of the Bharat Petroleum Corporation Limited on a 4.2-hectare plot at the Bandra-Kurla Complex (BKC), which is the starting point of the Mumbai-Ahmedabad bullet train route and is earmarked for a terminus of the high-speed train project. The structure is to be removed before September this year clearing way for a station with six platforms and a three-storey underground structure.

A tender for the construction of the BKC terminus had been floated in 2019, and seven companies had expressed interest in the project. However, it had to be cancelled in February this year as the MVA government in Maharashtra continued to block the plan despite the National High-Speed Rail Corporation Limited granting 11 extensions.

NHSRCL was forced to cancel the tenders floated in 2019 for the construction of an underground terminus at the BKC after the state government failed to hand over the land.

After floating the tenders, the NHSRCL gave almost 11 extensions while waiting for the land at the BKC to be handed over to it.

The proposed terminus will have comprise of three basements: The first level will have the ticketing area, passenger amenities and clearance, the second level will have room for all utilities, including AC plants and other train-related systems, and the platforms will be on the third level. The terminus will be integrated with the Metro 2B Dahisar-BKC-Mankhurd corridor, while they plan to also link it with the underground Metro 3 Colaba-Bandra-Seepz network is yet to be worked out.

NHSRCL has also invited bids for 21 km underground tunneling works for Mumbai-Ahmedabad High Speed Rail (MAHSR) corridor. This package includes a seven km undersea tunnel that will be built under Thane creek. The package will be open to Japanese and/ or Indian companies for bidding.

In November 2021, NHSRCL invited bids for tunnelling works to construct the underground structure. However, the tender was cancelled in February 2022, citing 'administrative reasons'.

The work on the tunnel could not go ahead as planned because of the non-availability of 3.92 hectares of land in Vikroli, reports say.

Out of the tunnel's 20.37 km length, around 15.4 km of tunnelling will be completed using three different tunnel boring machines. The remaining 4.96 km will be executed with the new Austrian tunneling method. The tunnel's depth will vary from 25 metres to 40 metres.

The total cost of the project is Rs 1.08 lakh crore and as per the shareholding pattern, the central government is to pay Rs 10,000 crore to the NHSRCL, while the two states involved - Gujarat and Maharashtra - are to pay Rs 5,000 crore each. The rest is to be paid by Japan through a loan at 0.1 per cent interest. Maharashtra Deputy Chief Minister Devendra Fadnavis had on Wednesday assured Consul General of Japan in Mumbai Fukahori Yasukata of fast-tracking infrastructure projects like bullet train, funded by the Japan International Cooperation Agency (JICA).