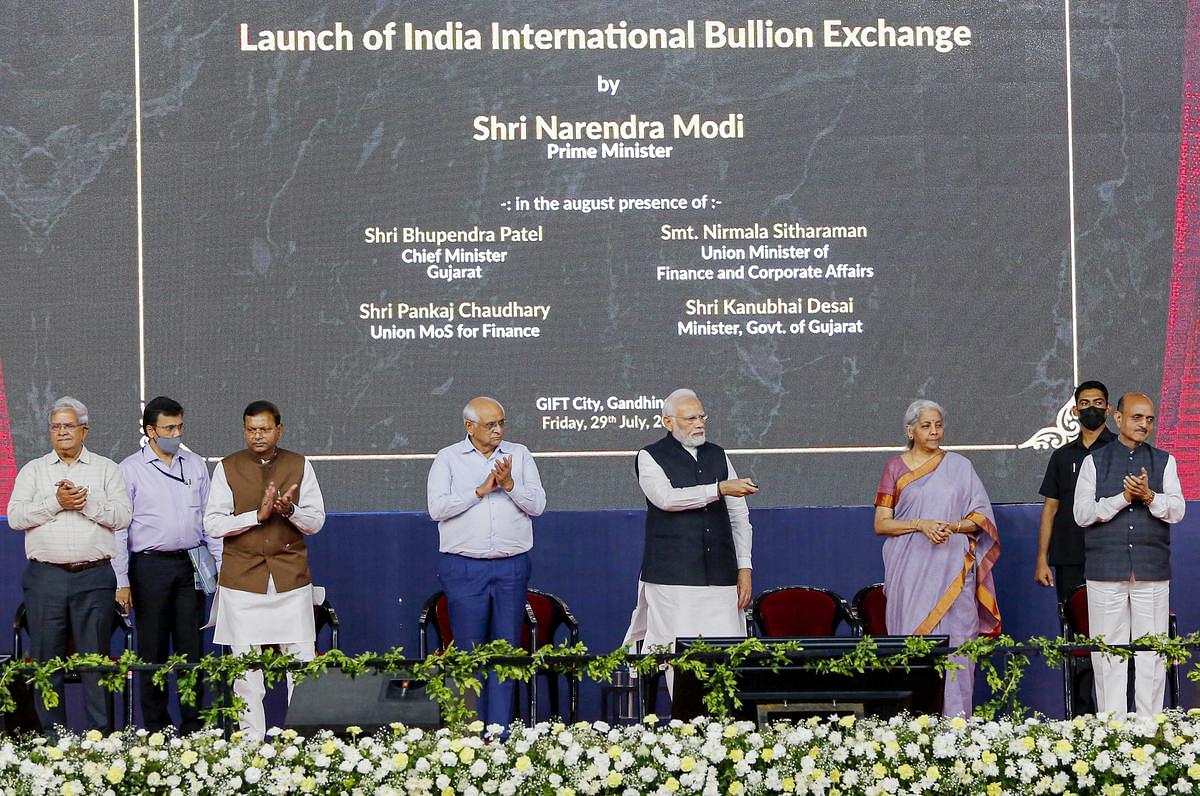 The exchange would let Indian jewellers trade on the exchange and set up the infrastructure for storing bullion in the form of ingots, bars or coins. Jewellers and dealers can register with the International Financial Services Centres Authority (IFSCA) to trade on the exchange. These jewellers would be known as qualified jewellers, whose number currently stands at 64. Unlike other exchanges in India that SEBI governs, IIBX is regulated by IFSCA. The exchange will be focused on importing gold into India, acting as a “Gateway for Bullion Imports into India”.

The main focus of the exchange is to make the process of procuring gold for jewellers directly, with better price discovery. India is heavily dependent on gold imports, accounting for around 89 per cent of India’s gold supply according to a Niti Aayog report. In 2021, gold imports touched a decadal high at 1069 tonnes, with many expecting gold’s future demand to remain robust as well. Previously, the jewellers depended on banks and agencies to import gold, but now qualified jewellers can bid directly to procure gold. With middlemen, jewellers had to pay up extra money for the gold they procured, with the prices being determined in OTC markets.

Jewellers across India would benefit from bullion availability in special economic zones that have IFSCA-approved vaults. The prices would be denominated in dollars, and overseas suppliers would be allowed to supply bullion to Indian dealers.

The Reserve Bank of India has allowed Qualified Jewellers to remit US dollars to IBX in order to let them import directly from foreign suppliers. The move benefits both end users and suppliers of gold since the location of the exchange in an SEZ allows sellers to re-export gold in case they have unsold inventory lying at IIBX. In addition, it gives suppliers an alternate option for selling their gold instead of having to move their gold into far-off physical markets.

The exchange would issue a Bullion Depository Receipt against the gold deposited in the vaults of the exchange by the supplier, and these BDRs would then be traded on the exchange. A jeweller can view the stock of gold available and bid accordingly, at the price they are comfortable with. Once a jeweller buys a BDR, it is deposited in their Demat account within 30 minutes, according to IIBX’s CEO Ashok Gautam, since the exchange currently offers T+0 contracts.

Post the transaction, jewellers take delivery of the gold they bought. Since each BDR is unique with respect to each bullion bar, it would be extinguished once a bar is out for delivery. While the buyers are likely to be dealers and jewellers, the sellers are expected to be foreign banks, bullion banks, trading houses, refiners and others. Currently, the exchange would deal in 999 weighing 100 gram, and 995 purity gold weighing 1 kilogram.

IIBX also plans to launch gold metal loans for qualified jewellers, gold lease products for jewellers in SEZ areas, repo products backed by BDRs, NRI bullion investment products, and gold and silver dollar-denominated ETFs over the next few years. Clearly, IIBX aims to become a market infrastructure institution that offers diverse products for everyone interested in bullion. But for now, the bedrock of IIBX’s business is to allow jewellers to import bullion directly at a lower cost, with increased efficiency in price discovery.

If executed well, India could become an international centre for bullion trading and capture significant volumes of the market. It could potentially even generate employment beyond the financial services sector, with Indian refiners selling refined products on the exchange.