Can't Defy Indian Laws By Portraying Yourself As Flag Bearer Of Free Speech: Govt To Twitter 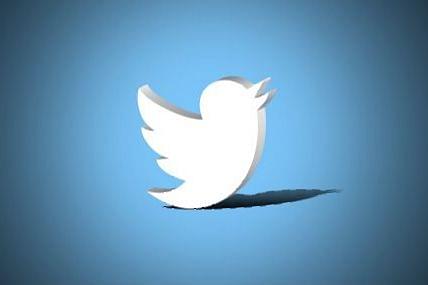 The government on Wednesday (16 June) slammed Twitter for "deliberate" defiance of India's new Information Technology (IT) rules, which came into effect on 26 May.

Union IT minister Ravi Shankar Prasad on Tuesday (16 June) took to Twitter's 'Made in India' rival Koo to clarify on the issue of whether the micro-blogging platform is entitled to safe harbour provision or not.

Prasad said that Twitter failed to comply with the Intermediary Guidelines that came into effect from the 26 May and despite being given multiple opportunities to comply with the same, the firm has deliberately chosen the path of non compliance.

Explaining the need for the new rules, Prasad said, "The culture of India varies like its large geography. In certain scenarios, with the amplification of social media, even a small spark can cause a fire, especially with the menace of fake news. This was one of the objectives of bringing the Intermediary Guidelines".

The minister further added, "It is astounding that Twitter which portrays itself as the flag bearer of free speech, chooses the path of deliberate defiance when it comes to the Intermediary Guidelines".

Further, what is perplexing is that Twitter fails to address the grievances of users by refusing to set up process as mandated by the law of the land, the minister said.

Additionally, it chooses a policy of flagging manipulates media, only when it suits, its likes and dislikes, he added.

Referring to the fake news propagated on social media especially Twitter where it was alleged that an elderly Muslim man's beard was cut in UP's Ghaziabad and he was forced to chant 'Jai Shri Ram', Prasad said that the failure of the micro-blogging site to act was "perplexing and indicates its inconsistency in fighting misinformation".

It should be noted that the Ghaziabad police later refuted the claims made on the social media regarding the incident and filed an FIR against multiple journalists and Congress leaders for attempts to disturb communal harmony.

Prasad further pointed out that Indian companies working in the US or other foreign countries voluntarily follow the local laws.

"Then why are platforms like Twitter showing reluctance in following Indian laws designed to give voice to the victims of abuse and misuse?" he added.

"The rule of law is the bedrock of Indian society. India’s commitment to the constitutional guarantee of freedom of speech was yet again reaffirmed at the G7 summit," Prasad said.

"However, if any foreign entity believes that they can portray itself as the flag bearer of free speech in India to excuse itself from complying with the law of the land, such attempts are misplaced," the IT Minister said.