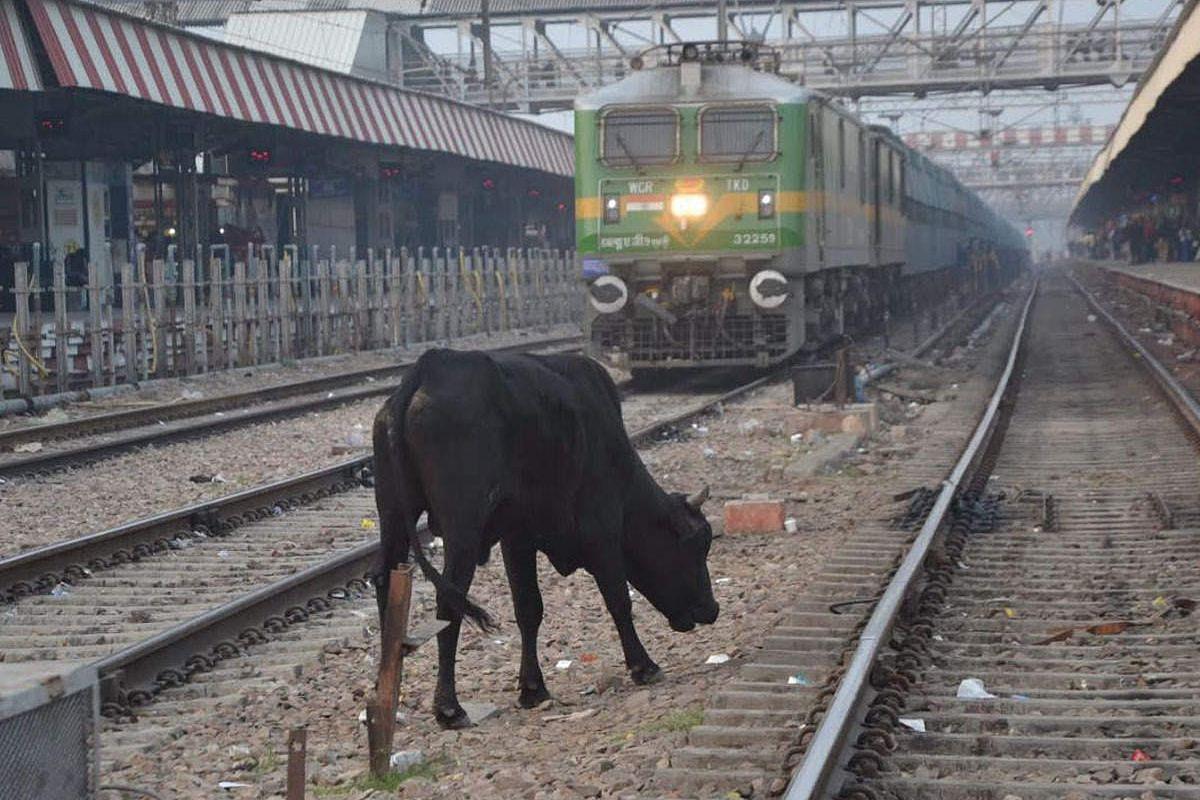 With the increasing number of stray cattle, more and more cows, buffaloes and bulls are found wandering onto rail tracks and coming under speeding trains, according to the latest internal data prepared by Indian Railways.

The Northern Zone and North Central Zone which covers mostly north India have reported maximum such incidents with 6,816 and 6,130 CRO cases respectively in 2021-22.

Cows are roaming in the open because there is no buyer and many cow shelters are not operational. Since stray cattle are also destroying crops, farmers chase them out of their fields. Railway lines are near fields, and the cattle go to open areas near the railway lines; some, unfortunately, come under a train.

The CRO cases not only affect train operation, many passenger and freight services get delayed due to such incidents.

According to the railways, while not every CRO case results in derailment, it affects train operations for a few hours as the track needs to be cleared of the cattle carcass before allowing further movement.

While the number of general train accidents has been declining over the last few years, the significant jump in CRO cases has become a cause of worry for safe train operations.

According to sources, the railway security personnel and station staff try to sensitise villagers about the danger of CRO cases and also initiate steps to keep the bovine creatures off the tracks, but this has not helped.

In order to prevent CRO and HRO, the railways has tried to fence off the track with concrete wall or barbed wire in areas that run through residential and semi-residential zones.

While the railways has eliminated all unmanned level crossings, the major reason for the train accident and human casualties, however, trains running over cattle and humans can be stopped with fencing off the track.

The entire Delhi-Howrah and Delhi-Mumbai routes are slated to be fenced off with concrete walls for running trains at 160 kmph.

The stray cattle menace has emerged in a big way after the collapse of the local cattle markets, curbs in transportation of cattle, shutting down of illegal slaughter houses and the policy of cow conservation.

The problem is more acute in North India as stray cattle to enter fields and devour crops causing heavy financial loss to the farmers income.

Reacting to the stray cattle menace, Prime Minister Narendra Modi has said in Uttar Pradesh that after 10 March, a new policy would be introduced to deal with the issue.