China Is Laying A Network Of Optical Fibre Cables Near Heights Taken By India At ‘Breakneck Speed’; Here Is Why It Is Doing So 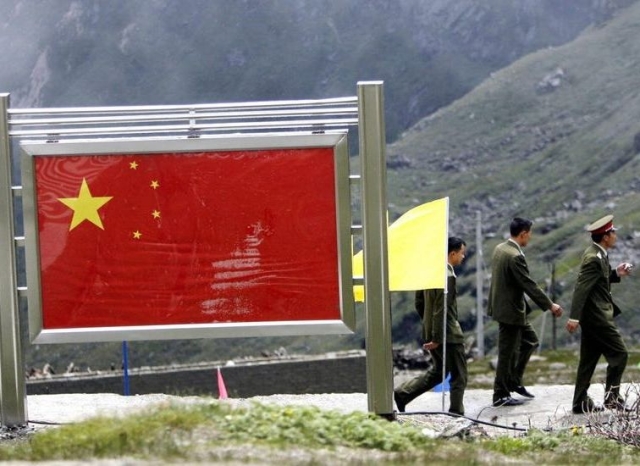 At least two Indian officials have claimed that troops of the People’s Liberation Army have been laying a network of optical fibre cables south of the Pangong Lake in eastern Ladakh, the site of the latest standoff between India and China.

A government official told Reuters that the Chinese have been laying optical fibre cables in the area south of the Pangong Lake, the same region where India has occupied heights overlooking Chinese camps, at “breakneck speed”.

Indian agencies found out about this development when satellite imagery showed unusual lines on the ground south of Pangong Tso.

Experts said that this development suggested China was planning for a long haul, possibly preparing for deployment at flashpoints through the winters.

This development comes just weeks after Indian Army and troops from India’s Special Frontier Force occupied heights in the area south of the Pangong Lake. These heights, located at an elevation 5,000 to 6,000 metres, overlook Chinese positions in the region, giving India a significant tactical advantage.

A visibly irritated Beijing has since issued multiple statements asking India to withdraw from the heights, saying it has crossed the Line of Actual Control.

Tensions in the region remained on the knife's edge as the defence and foreign ministers of the two countries met earlier this month in Moscow.

One, laying of these cables in the region will provide Chinese troops deployed here secure lines of communication to their bases in the rear.

The government official told Reuters that Indian experts and foreign intelligence agencies believe these lines to be “communication cables laid in trenches”.

“These lines were judged by Indian experts — and corroborated by foreign intelligence agencies — to be communication cables laid in trenches, he said, including near the Spanggur gap, among hilltops where soldiers fired in the air recently for the first time in decades,” the Reuters report reads.

An intelligence official quoted in the report says that the optical fibre cables not only provide communications security to the Chinese but also the ability to exchange data such as pictures and documents with their bases in the rear.

“If you speak on radio, it can get caught. Communications on optical fibre cables is secure,” the intelligence official is reported to have said.