China's Bridge Over Pangong Lake Being Built In Area Under Its "Illegal Occupation For Around 60 Years": MEA 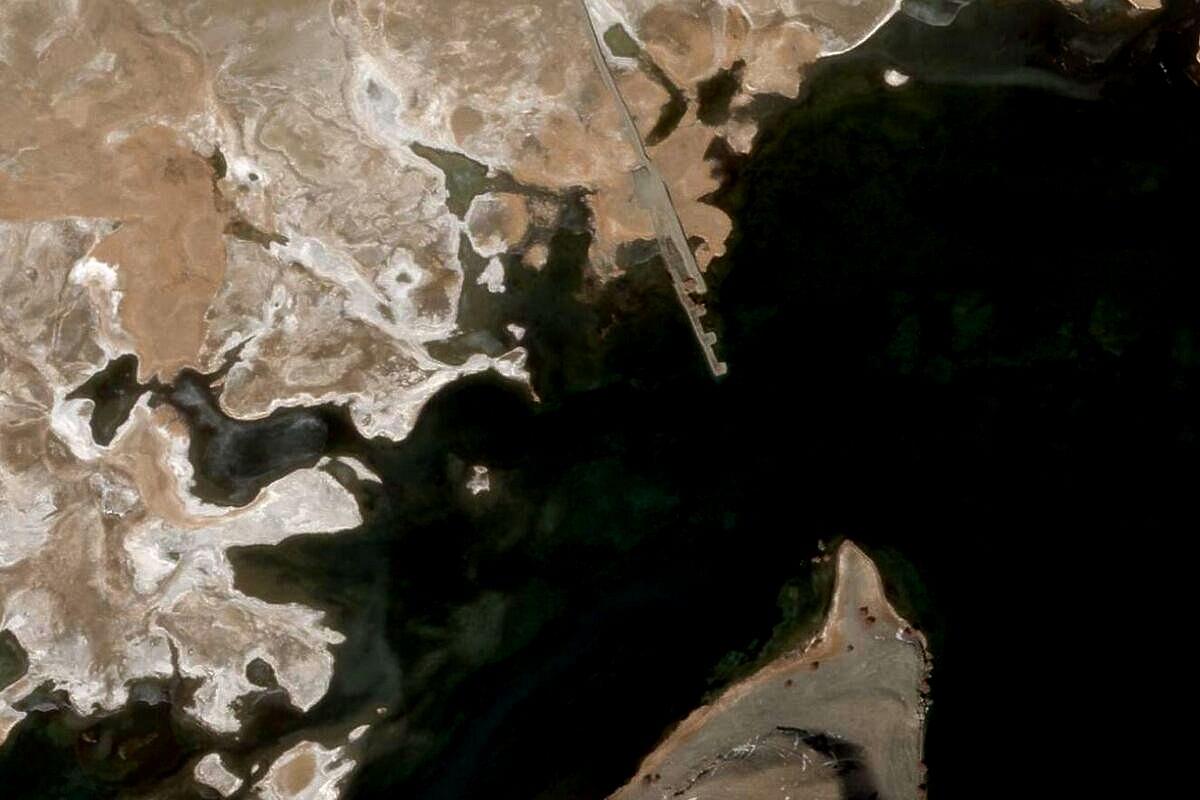 China's under-construction bridge on the north bank of the Pangong Lake. (@Kyangs_Thang/Twitter)

China's bridge over the Pangong Lake in eastern Ladakh is being built in an area that has been under its "illegal occupation for 60 years", the Ministry of External Affairs (MEA) said at its weekly press briefing today.

The news of China's bridge over the Pangong Lake made national headlines earlier this week. As Swarajya had reported earlier, the bridge is coming up in an area called Khurnak (also called Ote Plain), which has been under Chinese occupation since at least 1958.

"The government has been monitoring this activity closely. This bridge is being constructed in areas that have been under the illegal occupation by China for around 60 years now. As you are well aware, India has never accepted such illegal occupation," the MEA spokesperson said.

"Seperately, the government has taken all necessery steps to ensure that our security interests are fully protected. As part of these efforts, the government has also, during the last seven years, increased significantly the budget for the development of border infrastructure and completed more roads and bridges than ever before. These have provided much needed connectivity to the local population as well as logistical support to the armed forces," he added.

The bridge is being built at one of the narrowest points of the 135-kilometre-long lake, over half of which is part of Tibet. However, a large part of the lake in Indian territory has remained under China's occupation since the 1950s.

After occupying the Khurnak Fort area in 1958, China expanded its control to the Sirijap Complex, further west of the Khurnak Fort, during the 1962 war. During the war, the Indian Army had posts at Sirijap while the Chinese forces had a base at near Khurnak Fort. The 'Fingers' area, occupied by Chinese forces in May 2020, leading to the standoff that continues at some places in eastern Ladakh, is further west of the Sirijap Complex.

China is building the bridge close to what New Delhi considers to be the border between India and Tibet. However, the place is around 25 kilometres from Sirijap, where the Line of Actual Control lies as per India's claim.

Experts have said that the bridge will allow China to move forces between its bases on the north and south bank of the Pangong Lake much faster than before. China appears to have realized the necessity of a bridge over the lake after Indian forces occupied the heights of the Kailash Range overlooking Chinese positions in the Spanggur Lake area just south of Pangong Tso.

Also Read: China's Bridge Over Pangong Lake: Where It Is Being Built And How It Will Help The People's Liberation Army