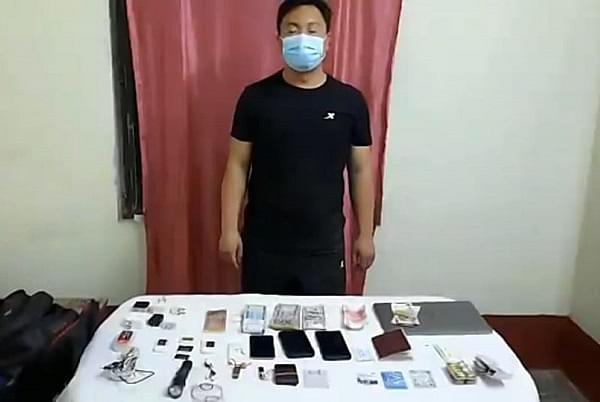 A Chinese man who was nabbed by the Border Security Force (BSF) Thursday (10 June) while trying to cross over from Bangladesh into India through a porous stretch of the international border along West Bengal was into smuggling out Indian SIM cards to China and also ran a 100-room hotel in Gurgaon.

According to this report in The Times Of India, the Chinese man, identified as Han Junwei, told his interrogators that he had smuggled out 1300 Indian SIM cards to China.

The 35 year old Junwei, a resident of Hubei province in China, also confessed that a business partner of his, Sun Jiang, was arrested by the Anti-Terrorist Squad (ATS) of the Uttar Pradesh Police in Lucknow recently.

Jiang was arrested for smuggling out Indian SIM cards to China. Jiang named Junwei as his associate, following which a lookout notice was issued in Junwei’s name.

Junwei told his interrogators that he was unable to obtain an Indian visa due to this lookout notice. He then obtained a Bangladesh visa and landed in Dhaka on 2 June.

After putting up with a Chinese friend there, Junwei traveled to Chapai Nawabganj district in Bangladesh on 8 June and checked into a hotel there.

He then tried to enter India on 10 June, but was detected by BSF guards posted at the ‘Malik Sultanpur post’ of the border force’s Mahadipur Border Outpost in the Kaliachak area of Malda district.

The Chinese national had initially claimed that he had mistakenly ‘strayed’ into India. He later confessed that he had travelled to India four times in the past: the first time to Hyderabad in 2010 and thrice to Delhi and Gurgaon since 2019.

Junwei also told his interrogators that he has an Indian business partner who he named as Pottelli Prashant Kumar. The two formed a company--Hua Tong Behatar Vishwa Technology Pvt Ltd-- with its registered office in Hyderabad.

This company took a 100-room hotel in Gurgaon’s DLF Phase 3 named ‘Star Spring’ on lease for ten years in October 2019.

But what has alarmed NIA sleuths is that Junwei had claimed to be an Indian national and provided his Indian PAN and Aadhar card details in the lease agreement.

The NIA is now investigating how a Chinese national could obtain these Indian documents.

Junwei said that his Lucknow associate Sun Jiang used to send Indian SIM cards to him at his Hubei address through human couriers in batches of ten to fifteen. The couriers used to smuggle out the SIM cards in their underwear.

But NIA sleuths suspect that Junwei is not letting out the whole truth. They think that the Chinese man works for a Chinese spy agency. The hotel in Gurgaon, the NIA suspects, has been a hub for Chinese spies.