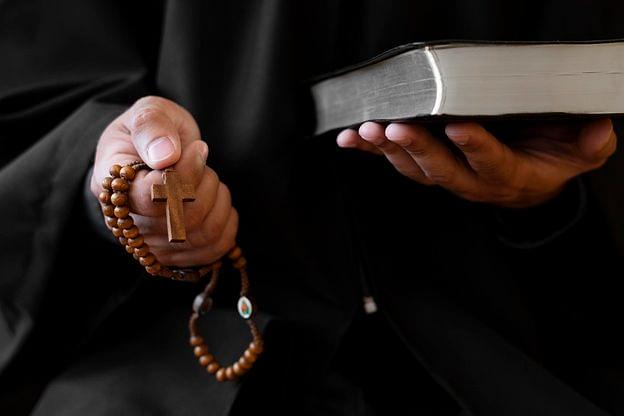 A special Central Bureau of Investigation (CBI) court in Thiruvananthapuram, Kerala, has found a Christian priest Thomas Kottoor and a nun Sephy guilty in the Sister Abhaya murder case.

The verdict comes 28 years after Sister Abhaya’s body was found mysteriously in a well in the Pious Tenth Convent, Kottayam, on 27 March 1992.

The CBI court will pronounce its sentence tomorrow (23 December) in the state's longest running murder case.

The verdict of both these persons being found guilty comes despite many of the over hundred witnesses turning hostile. The court observed that the prosecution witnesses, who withstood the pressure to change their versions, were strong and convincing.

Sister Abhaya case was a sensational one in Kerala, going through many turns and twists. Along with Kottoor and Sephy, another priest Jose Poothrikkayil was also accused but he was acquitted by the trial court.

The trial in the CBI court was conducted over a year and was completed on 10 November this year.

According to Malayalam daily Kerala Kaumudi’s reporter, who covered the event, he was initially not allowed inside the premises. However, since he knew the investigation team chief K T Michael, he was able to step inside the convent.

Michael had reportedly told the reporter that Abhaya had committed suicide since she had scored low marks but the reporter found the entire scene suspicious with the nun’s body being upside down in the well.

Abhaya was a second-year pre-degree student of Kottayam BCM College and a resident of Pius X convent in Kottayam at the time of her death. Kottoor was the psychology professor at the college, besides being the chancellor of the Kottayam diocese.

“The scene of the crime was changed and it looked as if they were under instructions from their higher-ups,” the reporter wrote, adding that police neither sought a sniffer dog nor fingerprint experts for their investigation.

The next day, newspapers carried the report of the nun in a subdued manner as a small single column saying Abhaya’s body was found in the well.

But two dailies, including Kerala Kaumudi, ran the report with the heading that the nun’s body was retrieved from the well “under mysterious circumstances”.

In the beginning, the case was dismissed by the local and crime branch police as a suicide.

However, based on a writ petition filed in the Kerala High Court, the investigation was transferred to the CBI.

The first probe by CBI led to the conclusion that the agency was unable to ascertain whether it was a suicide or a murder. A second investigation by the Central agency established that it was a case of murder but it said it was unable to unearth any evidence.

The court refused to accept the conclusion and ordered a fresh CBI investigation that made this case to be the longest investigated one in Kerala.

Based on the third probe, Kottoor, Puthrukayil and Sephy were arrested on 19 November 2008.

The prosecution charge was that Abhaya was hit with an axe and then dumped in the well of the convent.

The CBI told the Chief Judicial Magistrate, Ernakulam, that Sister Sephy had struck Abhaya three times in the head before disposing of the nun's body in the well behind the convent in the wee hours.

The nun had pummelled Abhaya with the back of an axe twice behind her right ear and a third time right on top of the head, inside the convent’s kitchen.

Sephy resorted to this step as Abhaya had accidentally witnessed the former in a “compromising position” with the two priests.

According to the CBI, Kottoor and Poothrikkayil had dragged her with the help of the nun to the well behind the convent and flung Abhaya into it.

The CBI said that the two priests and the nun had taken the help of several others to destroy the evidence in order to project Abhaya's death as a suicide.

The church, too, wielded its enormous clout to influence the investigating agencies in Kerala, first the local police and later the Crime Branch.

One of the key witnesses in the case, a photographer, Chacko Verghese, said he saw wounds on the body of the nun besides nail marks, while Abhaya’s teacher, Thresiyamma, who stood firm as a witness, said she was under tremendous pressure to retract her statement.

Interestingly, a burglar, Adakka Raju, who had gone to the convent premises to steal, said he saw Kottoor and Sephy at the convent. He said the police tried to implicate him in the case and even offered a government job to his wife if he admitted to the crime.

Earlier in April this year, the Kerala High Court dismissed a petition filed by Kottoor to discharge him from the case, saying he will have to undergo trial in the murder case.

This is the second case in Kerala in two years that a Christian priest is being sentenced on criminal grounds.

Last year, a 52-year-old Kerala Catholic clergyman Robin Vadakkumchery was sentenced to 20 years rigorous imprisonment in three different cases of rape and abuse of minor girls. Earlier this year, he was dismissed from priesthood by Pope Francis.