Congress Is Wooing Upper Castes In Rajasthan By Relaxing The Criteria Of Modi’s EWS Quota, And It Already Seems To Be Working 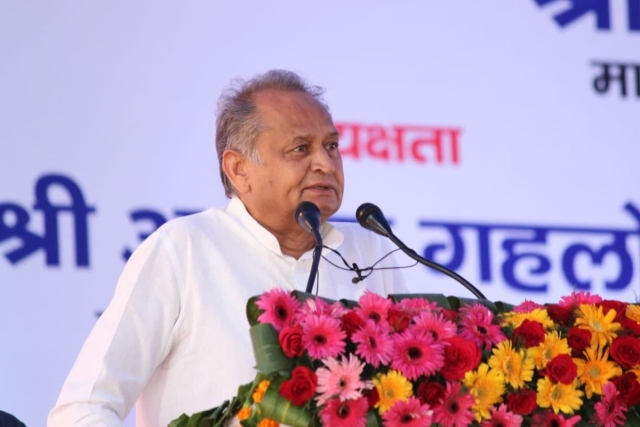 A timely move by Rajasthan Chief Minister Ashok Gehlot seems to be working in favour of Congress in the state. In October, he initiated measures to free the jobs and education quota for economically weaker sections (EWS) from its ‘riders’.

The relaxation in the quota seems to have swung support from the upper caste Hindus, Jains and others.

In October, Gehlot-led Rajasthan government set Rs 8 lakh family annual income as the sole criteria for EWS quota. With Gehlot's measured amendment, it means that this would be the only criteria making people eligible for getting the benefit of reservation under EWS — for state government jobs and jobs in state educational institutions.

Recently, a delegation representing Rajputs met Gehlot in Jaipur and thanked him for the amendment.

According to reports, the move seems to have benefitted Congress and Gehlot. Assembly by-polls held in the state could be an indicator of its initial success. On Mandawa seat, the Congress defeated Bharatiya Janata Party (BJP) by a margin of more than 32,000 votes, whereas the margin of its defeat in Khinswar shrank to an impressive 4,500 against Rashtriya Loktantrik Party (RLP).

The by-polls were held as the BJP candidate from Mandawa and the RLP candidate from Khinwsar were elected to Parliament. The shift in voting comes nearly six months after the Lok Sabha polls, and Gehlot's move in October seems to have tilted the voter towards Congress.

Gehlot might see this shift as an opportunity to build pressure on the Centre for bringing the same change.

Earlier this year, the Narendra Modi government at the Centre brought in the 10 per cent quota for EWS in the general category. The introduction of the quota came at a time when the Centre was sensing dissatisfaction among upper castes against the caste reservation system.

Gehlot has abolished the ‘riders’ this quota was carrying. He has removed the complexities by getting rid of the "bhoomi aur bhavan sambandhi pravadhaan" (provisions related to land and property) in the existing 10 per cent reservation brought by the Modi government.

He dropped the property criteria right before the by-polls. This seems to have won him the support of the upper castes, across the spectrum —of Rajputs — who have been BJP's solid supporters in Rajasthan, and of Jats, Muslims, even Jains. There were more supporting the move: Brahmins, Vaishyas and Agarwal samaj, according to another report.

This bit from an India Today report might help understand what in particular the change brought by Gehlot was meant to hit. It says, "...property held by an EWS family at various locations was clubbed. Officials were not issuing property certificates to EWS applicants for want of adequate documentary evidence. Scores of salaried individuals and traders failed to avail EWS quota despite falling in the permissible income group."

The same report quotes Gehlot as saying: "We amended the EWS criteria to implement the quota in true spirit."