'Covaxin Is 200 Per Cent Safe': Bharat Biotech CMD Hits Out At Detractors Of Indian Covid-19 Vaccine 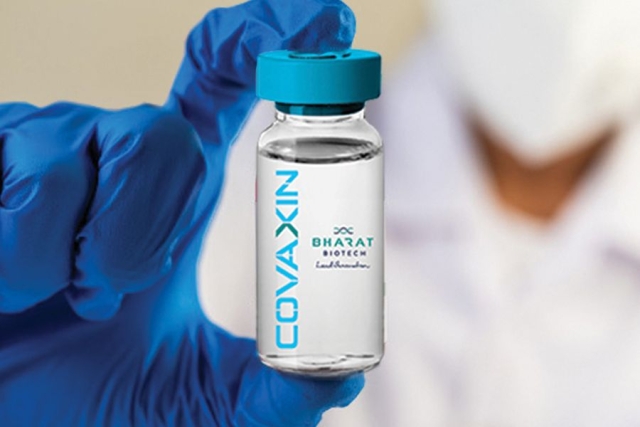 Dr Krishna Ella the chairman and managing director of Indian Biotechnology Company Bharat Biotech today (4 January) hit out at the detractors of Indian Covid-19 vaccine - Covaxin, which has been developed in association with the Indian Council of Medical Research (ICMR) and National Institute of Virology (NIV).

Dr Ella in his press-conference asserted that the vaccine is 200 per cent safe and does not require paracetamols to suppress adverse reactions, ANI has reported.

He also said that confirmed data pertaining to the trials will be made available in a week's time.

This statement comes amid doubts being raised by a section of the medical and journalistic community over the efficacy and safety of the Bharat Biotech vaccine after it received restricted emergency use approval from the Drug Controller General of India (DCGI).

The Vaccine Is 200 Per Cent Safe

In response to the scepticism, Dr Ella claimed that adverse reactions recorded due to Covaxin are less than 10 per cent as compared to alleged 60-70 per cent in other vaccines.

He alleged that AstraZeneca has been giving four grams of paracetamol to its test subjects during trials to suppress adverse reactions.

AstraZeneca has produced a Covid-19 vaccine in association with the Oxford University, which will be manufactured in India by the Serum Institute of India (SII) under the name Covishield.

Dr Ella in return has claimed that Bharat Biotech has not given any paracetamol to any volunteer.

It Is A Vaccine, Not A Backup

Dr Ella also raised objections over suggestions by ICMR and AIIMS heads terming Covaxin as a backup. He asserted that it is not a backup and urged people to refrain from making such an assertion.

He also slammed suggestions of a lack of transparency in vaccine data while claiming that over 70 articles have been published in various international journals pertaining to the vaccine.

Over its effectiveness against the new infectious strain, Dr Ella said that he will have confirmed data will be made available within a week.

Dr Ella said that besides India, clinical trials have taken place in over 12 countries including the UK.

"COVAXIN has generated excellent safety data with robust immune responses to multiple viral proteins that persist", Dr Ella has been quoted as saying.

He added that no placebo has been involved during the trials and every subject has been monitored for the safety and efficacy of the vaccine.

As per reports, 800 subjects were administered the vaccine in Phase I and II of the clinical trials. The Phase III of the vaccine will cover 25,800 vaccines and 22,500 have been vaccinated till date.

Its A Backlash Against Indian Companies

Calling the Covaxin approval a great milestone in India's scientific ability, Dr Ella called its criticism a backlash against Indian companies. He also alleged that the vaccine has been politicised.

"Many people just gossiping, it's just a backlash against Indian companies. That is not right for us. We don't deserve that...I don't know why Indian companies are always targeted by everyone in the world. It is a global practice to issue emergency medical license. Even the US says that if you have good immunisation data, emergency authorisation can be done", Dr Ella has been quoted by ANI as saying.

Additionally he said that 2019 guidelines by CDCSO clearly state that emergency approval can be given to a proven and safe platform technology which has a good pre-clinical data.

We Have Tremendous Experience In Making Vaccines

He added that 20 million doses of Covaxin have been manufactured and the capacity will eventually be scaled up to 700 million. The price of the vaccine may be higher in the introductory period but it will eventually come down, said Dr Ella.