As More Evidence Comes To Light, The Worst Fears About Bengal’s Handling Of Covid-19 Seem To Be Coming True 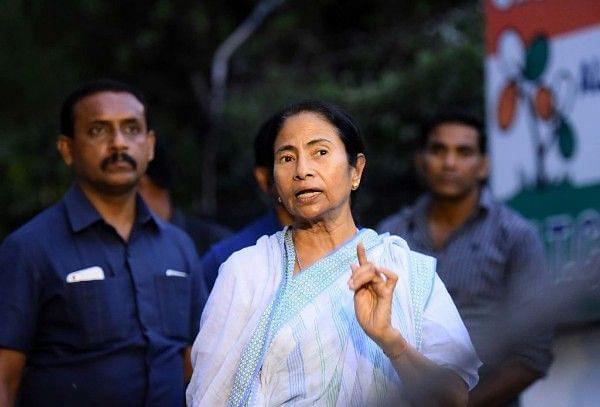 Some more evidence has emerged of the Bengal government’s attempts to suppress the numbers of Covid-19 positive patients and casualties in the state.

Subhas Sarkar, the Bharatiya Janata Party (BJP) Member of Parliament (MP) from Bankura, has, in a video that was released by the party, alleged that the bodies of two people who succumbed to the coronavirus at the Bankura Medical College were hurriedly cremated without informing their families on Sunday night.

He also told Republic TV that the bodies were cremated by the district administration at the dead of the night (read this).

He said he had informed the Union government and asked for its intervention. Resentment is building up against the government’s high-handedness, he said.

This is how CM Mamata Banerjee is hiding and under reporting Covid related deaths in Bengal.

Comorbidities and not Covid being shown as the reason for deaths. Bodies not being handed over to the families but admin for disposal, in order to contain the virus.

Sarkar, who is also a physician, charged the Mamata Banerjee government in Bengal with trying to downplay the number of corona-positive patients and passing off Covid-19 deaths as due to other co-morbidities.

In another severe embarrassment to the Bengal government, a prominent nephrologist at a reputable private healthcare institution in Kolkata wrote a detailed post on Facebook charging the state government with suppressing facts and violating established protocols.

Pratim Sengupta, the nephrologist with Kolkata’s top-of-the-line Belle Vue Clinic, alleged that the number of positive cases is being suppressed in Bengal. He also questioned the rationale behind an expert committee vetting the deaths of all positive patients and ascribing co-morbidities as the reasons for those deaths.

Sengupta, whose post was shared extensively on social media and tweeted by BJP’s IT Cell head Amit Malviya, also questioned why the number of tests of swab samples collected from suspected patients is decreasing when the trend is just the reverse in the rest of the country. Bengal, he said, lags far behind the rest of the country in testing.

Sengupta shared images of X-Rays and CT Scans of the lungs of a Covid-19 positive patient who died at a private hospital in Kolkata, but the expert committee appointed by the state government ascribed the death to ‘renal failure’. Physicians who viewed the images said the patient clearly has Covid-induced acute respiratory distress syndrome (ARDS).

The third embarrassment was an interview of the director of the ICMR-National Institute Of Cholera & Enteric Diseases (ICMR-NICED), Dr Shanta Dutta, by NDTV. Dutta, in the interview, rubbished chief minister Mamata Banerjee’s earlier claims that Bengal had been facing a severe shortage of testing kits.

Dutta is heard saying that there never was any shortage of testing kits and the ICMR-NICED has 27,500 kits in stock now. Dutta also said that of late, the number of swab samples sent to the Institute for tests has declined sharply. Against the 80 to 90 samples that used to be sent everyday by the state health authorities to NICED for testing, the number has come down to a trickle.

The NICED head said that testing in Bengal is “very low”. She said that at a time when the ICMR is recommending extensive testing, Bengal has lagged behind the rest of the country. BJP’s Malviya also embedded the damning interview in a tweet.

Experts say that the reason for the sudden decrease in the number of samples sent to NICED for testing could be because the samples are being sent to state-run labs where it is easier to manipulate results.