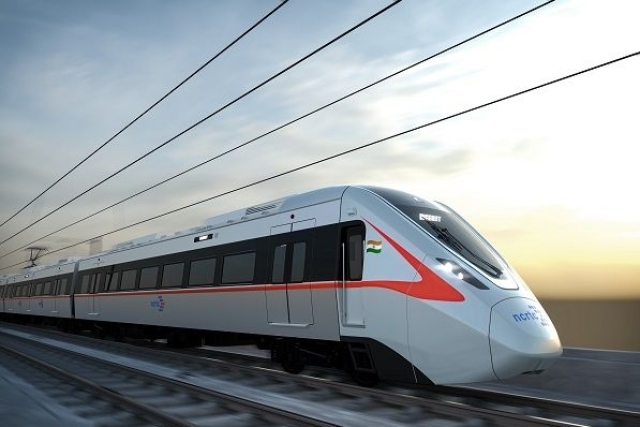 Despite the pandemic situation, construction work for the 82-kilometre long Delhi–Ghaziabad-Meerut Regional Rapid Transit System (RRTS) corridor, the first RRTS of the country, is going ahead to meet the target.

The Rs 30,274 crore project is progressing well to achieve the challenging target of commissioning the priority section of the corridor between Sahibabad to Duhai by March 2023 and the full corridor will be open for public by 2025.

Till now Rs 7,000 crore worth tenders have been awarded in the RRTS corridor, paving the way for meeting the target.

The meticulous planning by the National Capital Region Transport Corporation (NCRTC) has ensured that construction work did not suffer during the Covid-19 pandemic, said NCRTC MD Vinay Kumar Singh.

National Capital Region Transport Corporation (NCRTC) — a joint venture company of the Government of India and States of Delhi, Haryana, Rajasthan and Uttar Pradesh is mandated for implementing the RRTS project across the National Capital Region, ensuring a balanced and sustainable urban transportation system.

At present, civil construction work on a more-than-50-km-stretch is in full swing. The superstructure of the corridor and piers are visible on the 17-km long priority section.

Construction of all the four stations of the priority section — Sahibabad, Ghaziabad, Guldhar and Duhai — is in progress.

The Delhi-Ghaziabad-Meerut corridor, one of the three priority RRTS corridors being implemented in the National Capital Region, will originate from Sarai Kale Khan in Delhi and terminate at Modipuram in Meerut.

It will have 24 stations including two depots in Duhai and Modipuram.

Prime Minister Narendra Modi had laid the foundation stone of the Delhi-Ghaziabad-Meerut RRTS Corridor on 8 March 2019, and within three months in June 2019, civil construction on the corridor was started.

"The Prime Minister in his independence day speech had emphasised on Multi-Modal Connectivity by eliminating silos in infrastructure projects. Aligned with his vision, NCRTC has been focussing on making Multi Modal Integration (MMI) an essential part for RRTS planning," Singh said.

With an estimated daily ridership of about 8 lakh on the Delhi-Ghaziabad-Meerut section, the corridor will interweave various suburban nodes together along its alignment by providing high-speed, high-frequency and all-weather reliable rail-based transit services.

The NRCTC MD said, "RRTS stations will be seamlessly integrated with other modes of transport such as the airport, railway stations, and ISBTs. It will form a network of networks to provide a seamless and interconnected public transit system."

Expected to shift the modal share in favour of public transport from 37 per cent to 63 per cent in the region, the corridor has been designed with a speed of 180 kmph and an average speed of 100 kmph to bring people and places closer and will pave a way for a paradigm shift in mobility across the NCR.

"The RRTS corridor would encourage people to opt for public transport and leave their private vehicles at home. A shift in modal share in favour of public transport will lead to less congestion on roads, resulting in reduction in accidents and lower emissions," Singh said.

Around one lakh vehicles will be off the roads, once the Delhi-Ghaziabad-Meerut corridor is in operation. This will help in curbing air pollution significantly. NCRTC has been leveraging modern technologies like CORS for surveying, state-of-the-art tunnelling, use of latest tech for construction of viaduct, Building Information Modelling (BIM), Common Data Environment (CDE) for efficient implementation of the project.

Eventually, it helps in keeping the project rolling, especially during this inordinate time like the Covid-19 pandemic.

Ghaziabad station of the Delhi-Ghaziabad-Meerut RRTS Corridor will hold the distinction of being the highest RRTS station among all 24 stations of this corridor.

The Ghaziabad RRTS station will be seamlessly integrated with Delhi Metro’s New Bus Adda Metro Station. This integration will provide a seamless travel experience to commuters of Metro and RRTS as they will not have to exit one mode and come to the road to catch other modes.

They can interchange between the RRTS and Metro easily.

State-of-the-art casting yards have been established at Vasundhara (Ghaziabad), Murad Nagar and Shatabdi Nagar in Meerut.

The pile foundation work and other enabling work is in progress on a 33- km stretch between Duhai to Shatabdi Nagar.

The RRTS alignment crosses over Delhi Metro viaduct to pave way for this engineering feat with platforms coming around 24 metres above the ground level.

The NCRTC recently awarded the civil construction contract of the elevated portion within Delhi including construction of the two elevated RRTS stations namely Sarai Kale Khan and New Ashok Nagar.

Apart from civil construction, tenders of major systems like rolling stock, and fastening systems have been awarded.

Evaluations of major bids including signalling (ETCS-2) and are under process.

Aligned with the Prime Minister’s ‘Make in India’ policy, the entire rolling stock of RRTS will be manufactured at Bombardier’s Savli plant in Gujarat.