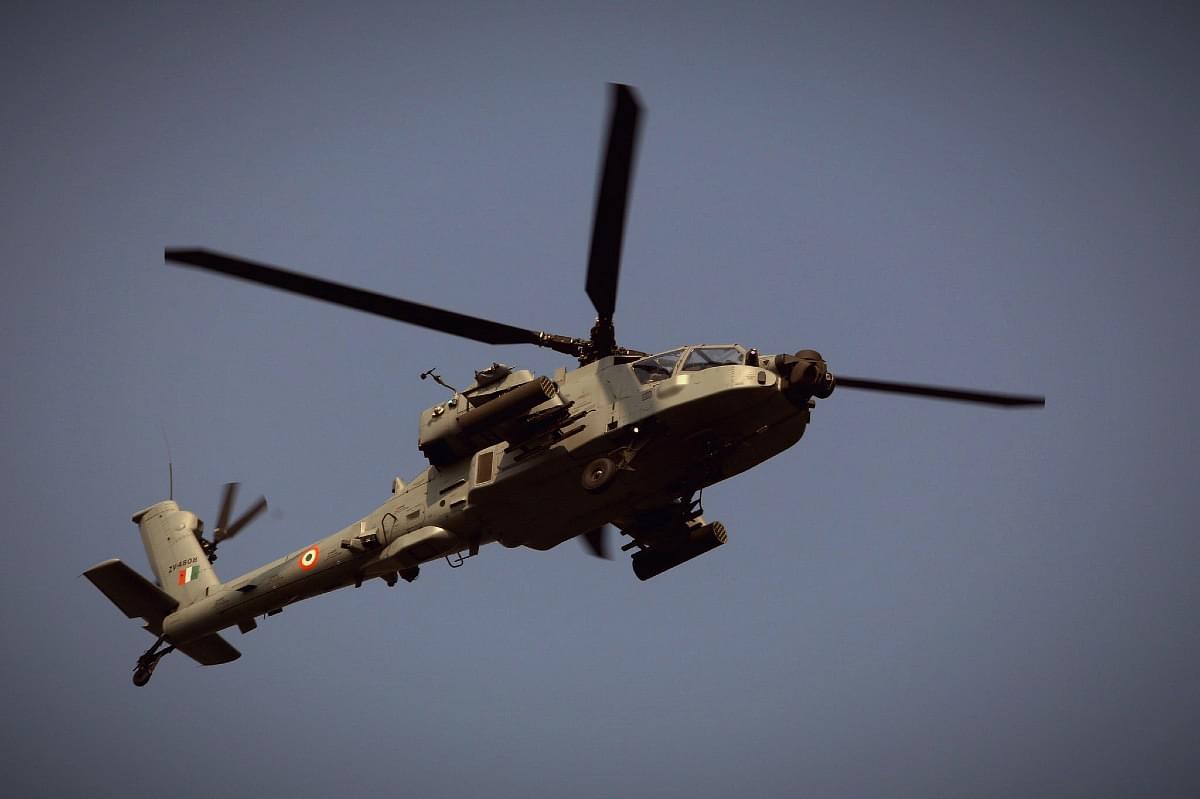 The deployment of attack helicopters and fighters in the Ladakh sector acted as a credible deterrent against China, the Chief of the Indian Air Force (IAF), Air Chief Marshal RKS Bhadauria has said in an interview.

“Even during peace time, IAF maintains a heightened state of alert. With our current capability, the IAF is capable of forward deployment at very short notice. The same was exercised after the Galwan incident; wherein we activated and forward deployed our frontline combat assets,” the IAF Chief noted.

Talking to journalist Nitin Gokhale on the role played by the IAF during the ongoing military crisis in Lakdah, the IAF Chief said the fleet of heavy-lift transport aircraft also played a critical role in enabling India’s strong response.

“Our heavy-airlift platforms played a pivotal role in the unprecedented mobilization of ground forces in the Northern sector,” he said.

The rapid build-up of troops and machines has been made possible, in large part, by the enhanced airlift capabilities of the Indian Air Force (IAF).

This capability, which includes older transport aircraft of the IAF, such as the Soviet-origin Il-76 and AN-32, has received a leg up with the induction of C-17 Globemaster III and C-130J Super Hercules aircraft over the last decade.

The IAF, which started receiving C-17 heavy-lift strategic transport aircraft in 2013, now has 11 of these in its fleet. These aircraft form the Number 81 Squadron of the IAF based at Hindon Air Force Base in Ghaziabad. Along with IL-76s acquired in the 1980s, the C-17s have airlifted tanks and APCs to Ladakh.

C-17s are capable of carrying over 70 tonnes (T-90 main battle tanks weighs about 46 tonnes) of equipment or over 100 fully armed troops in a single sortie. Boeing, its maker, says the transport aircraft is capable of 'taking off from an airfield at a height of 7,600 feet, fly over 4,400 km, refuel in flight, and land on an airstrip as short as 950 m’. In other words, it is fit for use in areas like Ladakh.

“There are always lessons to be learnt from such massive deployments and we continue to refine and evolve. Challenges in maintenance of equipment at high altitude and extreme weather have been some of the key takeaways which we are addressing,” Air Chief Marshal Bhadauria said.

Talking about the situation in the eastern sector, the IAF Chief said Chinook helicopters have started operating from “one of the two earmarked bases under EAC (Eastern Air Command”, adding that the infrastructure required for operating the helo is nearing completion at the second base.

“We are interacting closely with State Governments towards expansion of ALGs (Advance Landing Grounds). Existing ALGs in the North East have been secured and upgraded by putting in place additional resources and equipment for the integral security set up,” he has been quoted as saying.

On the standoff in eastern Ladakh, he said the situation along the Line of Actual Control continues to remain “tense”, adding that “soldiers from both sides deployed in close proximity” in the region.

“While we are hopeful that the positive momentum of these talks would eventually result in diffusing of tensions, at the same time, we have to be alive to the possibility of unpredictable actions by the PLA which could result in rapid escalation. IAF is ready for any such emergent contingencies,” he noted.