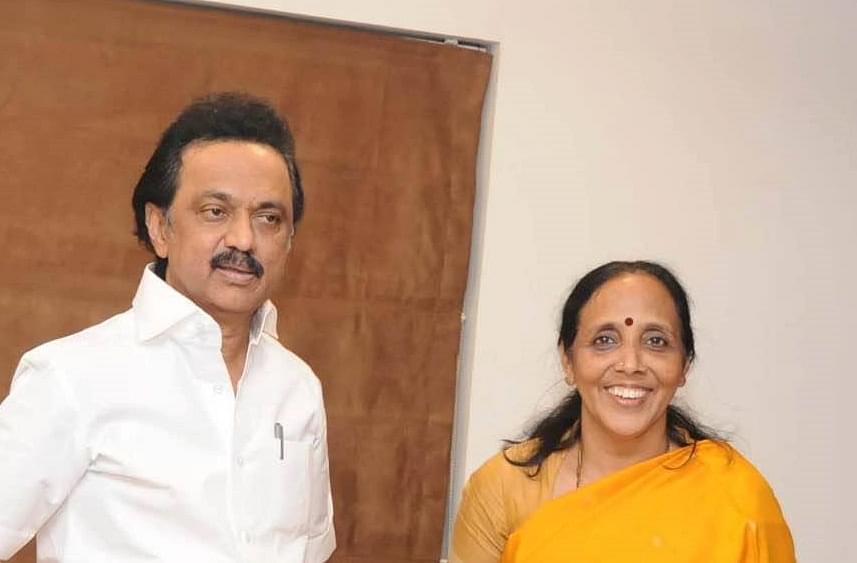 Reports said she was being treated at the hospital but did not say what her condition was.

The incident has brought to light the internal problems in the DMK, where some of the old guards are feeling let down and others are questioning the party's means and methods to try and wrest power in the Tamil Nadu Assembly elections, due in April next year.

One of the reports said that Poongothai, who represents the DMK from the Alangulam constituency in Tirunelveli district, had resorted to the extreme step following internal squabbles in the party.

A DMK source told Swarajya that the MLA was distraught over the party’s move to give ticket in the Assembly elections to her brother and there was a squabble over it. “That could probably be the reason,” the source, who did not wish to identify, told Swarajya.

In October, Poongothai had denied reports that she was joining the Bharatiya Janata Party (BJP). Then, The Hindu quoted her as saying that fake news over her joining BJP was spread by that party supporter in Tenkasi.

A qualified gynaecologist, Poongothai is the daughter of the late Aladi Aruna or Aladipatti V Arunachalam, who was the law minister in DMK’s regime during 1996-2001. Part of her education was completed in the UK.

Poongothai, who was given the party ticket in 2006 after the murder of her father, was the Social Welfare and Nutritious Meal Programme Minister from 2006 to 2008.

It was during her period as the nutritious meal programme minister that Tamil Nadu announced the scheme of providing two eggs in the noon meal scheme.

She quit on 14 May 2008 over the release of a telephone conversation in which she reportedly talked to the Director of Vigilance and Anti-Corruption about a corruption case with regard to her relative.

However, she was reinstated as the Minister of Information and Technology on 28 February 2009.

Her father had joined the DMK after quitting All India Anna DMK in 1989. He was murdered on 31 December 2004 following a reported dispute over setting up of educational institutions in Tirunelveli region.

He represented AIADMK in the Rajya Sabha during 1984-90.

Aruna had quit AIADMK after he filed a dissent report in the Joint Parliamentary Committee Report that enquired the Bofors scandal. The dissent report pinned the blame on the late Rajiv Gandhi for the scandal.