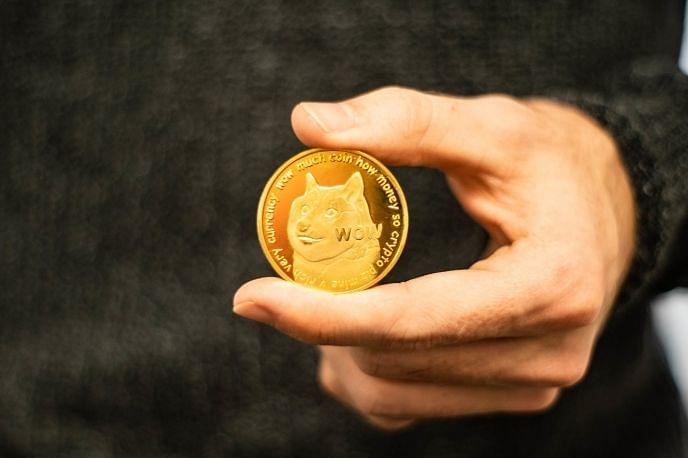 Representative image of a doge coin. (Pic via Forextime.com)

Dogecoin has recorded its biggest jump in a day today (16 April). The 24-hour window of the cryptocurrency on Coinbase shows a 112.89 per cent growth, with the value currently standing at $0.29, almost 30 cents.

Dogecoin has reached its highest value at a time when the largest US cryptocurrency exchange, Coinbase Global Inc made its debut in the stock market.

Coinbase opened for trading at $381 after the company got listed on Nasdaq. It was valued at almost $100 billion on the debut day — 14 April.

The cryptocurrency which started in 2013 has surpassed its previous high of $0.115 that was recorded just two days ago.

In January this year, each token was worth less than one cent.

But later, the value of Dogecoin shot up to 7.5 cents and it has spent the past few months in the range of 3 to 7 cents.

Needless to say, SpaceX chief executive officer Elon Musk’s love for Dogecoin has been playing a huge role in its surging popularity.

Doge Barking at the Moon pic.twitter.com/QFB81D7zOL

The billionaire has been tweeting about this cryptocurrency for a while.

On 15 April he posted a painting with a cryptic caption: “Doge Barking at the Moon”.

Soon after that tweet, the Shiba Inu-themed digital coin’s value jumped to a record high, while many social media users took this opportunity to share investment tips.

The term ‘hodl’ is used in the crypto community for holding a crypto asset through ups and downs, instead of selling it.

The listing happened through the direct listing route, where no shares are sold ahead of the opening.

Founded in 2012 by Brian Armstrong and Fred Ersham, it is a decentralised company that powers the crypto economy.

The stock market debut of Coinbase comes during a surge in the value of cryptocurrencies, and the company’s valuation of $100 billion during its Nasdaq debut has marked another milestone in the development of digital assets like bitcoin.

As reported by the Economic Times, Coinbase chief financial officer Alesia Haas said: "We're just very grateful to be able to bring transparency to the crypto economy, the ecosystem that we have all been building over the last 10 years”.

"It just brings this level of recognition that this is an industry that is here, that is growing, and that (is not just) in the corners," he added.