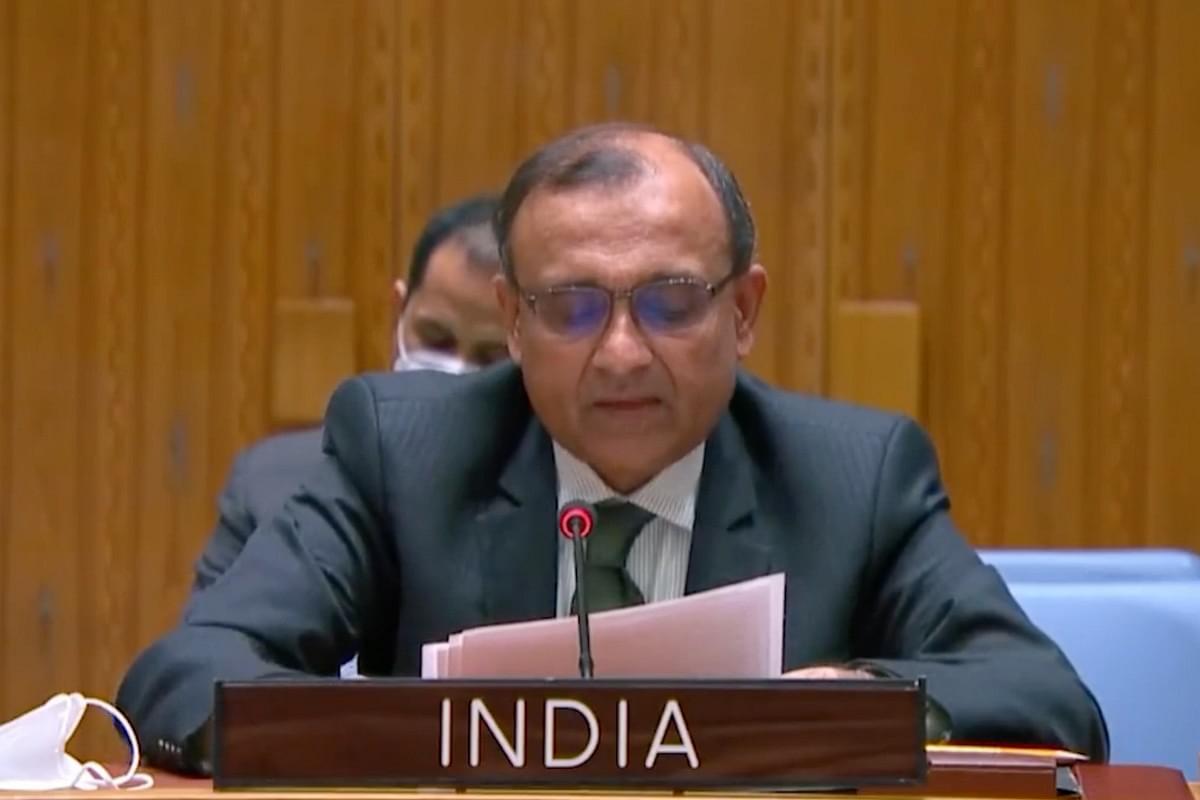 There cannot be ''double standards'' on religiophobia and combating it should not be a ''selective exercise'' involving only one or two religions but also apply equally to phobias against non-Abrahamic religions, India has said at the United Nations.

India’s Permanent Representative to the UN Ambassador T S Tirumurti said on Friday that India has been the greatest victim of terrorism, especially cross-border terrorism.

He called on countries to develop an education system that truly contributes to combating terrorism by promoting the principles of pluralism and democracy.

''As we have emphasised time and again, combating religiophobia should not be a selective exercise involving only one or two religions but should apply equally to phobias against non-Abrahamic religions as well. Till this is done, such international days will never achieve their objectives. There cannot be double standards on religiophobia,” he said.

Tirumurti was speaking at a high-level event to make the celebration of the 1st anniversary of the International Day on Countering Hate Speech titled ‘Role of education to address the root causes of hate speech and advance inclusion, non-discrimination, and peace’.

The strong statement came just hours before blasts in the Gurdwara Karte Parwan in Kabul's Bagh-e Bala area on Saturday in which two persons, including a Sikh, were killed and seven others were injured.

External Affairs Minister S Jaishankar said in a tweet that the “cowardly attack” on Gurdwara Karte Parwan should be condemned in the strongest terms by all.

India has consistently called, including at various UN platforms, for concerted efforts by the international community to combat hate and violence not just against Abrahamic religions but against all religions, including Sikhism, Buddhism and Hinduism.

On several occasions in the UN, Tirumurti has pointed out that contemporary forms of religiophobia can be witnessed in the increase in attacks on religious places of worship like gurdwaras, monasteries and temples or in the spreading of hatred and disinformation against non-Abrahamic religions in many countries.

India has said that the shattering of the iconic Bamiyan Buddha by fundamentalists, the terrorist bombing of the Sikh gurudwara in Afghanistan where 25 Sikh worshippers were killed in March 2020 and the destruction of Hindu and Buddhist temples call for condemning such acts and religions also.

“The emergence of contemporary forms of religiophobia, especially anti-Hindu, anti-Buddhist and anti-Sikh phobias is a matter of serious concern and needs the attention of the UN and all Member States to address this threat. It is only then can we bring greater balance into our discussion on such topics,” Tirumurti had said earlier this year.

Speaking at the high-level event Friday organised by the Permanent Mission of Morocco and the United Nations Office on Genocide Prevention and Responsibility to Protect, Tirumurti underlined that India’s multicultural edifice has, over centuries, made it a safe haven for all those who seek refuge in India, whether the Jewish community or Zoroastrians or Tibetans or from its own neighbourhood.

“It is this underlying strength of our nation that has withstood radicalisation and terrorism over time,” he said.

It is with this sense of history that India has continued to play a defining role to combat radicalisation and terrorism, and promote tolerance and inclusion, Tirumurti said.

“Aberrations are dealt with within our legal framework and we do not need selective outrage from outsiders, especially when they are self-serving - even communal in nature, and pursuing a divisive agenda,” he said.

He emphasised that education has an important role to play in combating radicalisation, violent extremism and terrorism.

“India has been the greatest victim of terrorism, especially cross-border terrorism. We call on countries to develop an education system that truly contributes to combating them by promoting the principles of pluralism and democracy,” Tirumurti said.

He said that the greatest bulwark against intolerance and hatred is embracing the principles of democracy, where there are necessary checks and balances and where any aberration is addressed within the confines of the rule of law.

''A society based on pluralism, where every religion is respected, is a sine qua non of tolerance and harmony,” Tirumurti said, adding that pluralistic tradition is recognised in the resolution piloted by the United Arab Emirates and Egypt on the International Day of Human Fraternity.

''India has embraced both these principles - democracy and pluralism. And we call on all countries to adhere to these principles to ensure that intolerance is addressed within a Constitutional framework,” the Indian envoy said.

As the UN General Assembly adopted a resolution early this year to proclaim March 15 as International Day to Combat Islamophobia, India expressed concern over phobia against one religion being elevated to the level of an international day, saying there are growing contemporary forms of religiophobia, especially anti-Hindu, anti-Buddhist and anti-Sikh phobias.

Reacting to the adoption of the resolution, introduced by Pakistan, Tirumurti had said in the UN General Assembly that India hoped the resolution adopted “does not set a precedent” which will lead to multiple resolutions on phobias based on selective religions and divide the United Nations into religious camps.

“Hinduism has more than 1.2 billion followers, Buddhism more than 535 million and Sikhism more than 30 million spread out around the world. It is time that we acknowledged the prevalence of religiophobia, rather than single out just one,” he had said.